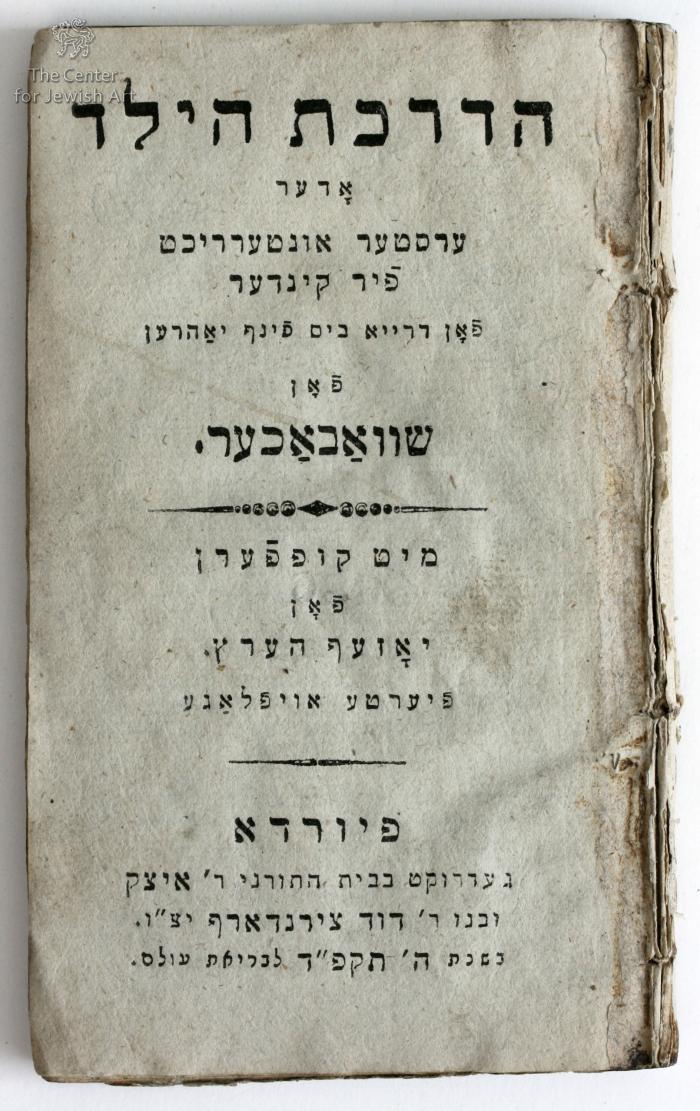 Literacy has always been a primary goal for Jews throughout the Diaspora. Even during he dark ages the knowledge of reading and writing was maintained. The study of the Holy texts was impossible without these skills and such study was the goal of every Jewish male. Education began at an early age. There are many books and single sheets in the Gross Family Collection that are testimony to the efforts made for teaching.
This unusual book is for learning Hebrew although the text is written in Yiddish for the children of Fuerth. It seems that the book was originally published in 1812, but without the illustrations. Stated on the title page is that the book is for children between the ages of three and five years. There are delightful woodcuts, hand colored, for each of the Hebrew letters. They are rendered by Yosef Herz, who also did the etchings for the Machzor set from Sulzbach of 1827.
Bound with the book for learning Hebrew is a German primer for learning the German language, published in the same year in Fuerth by a German printer.
The city of Fuerth, a center of talmudic learning, established its first Hebrew presses in 1691. In 1737 Hayyim b. Zvi Hirsch opened a print house in Fuerth, issuing some 80-100 Hebrew titles in the next three and a half decades. When Hirsch died in 1772, his widow managed the shop for two years until her marriage in 1774 to Isaac b. David Zirndorfer. Zirndorfer and his family managed the press until 1868. 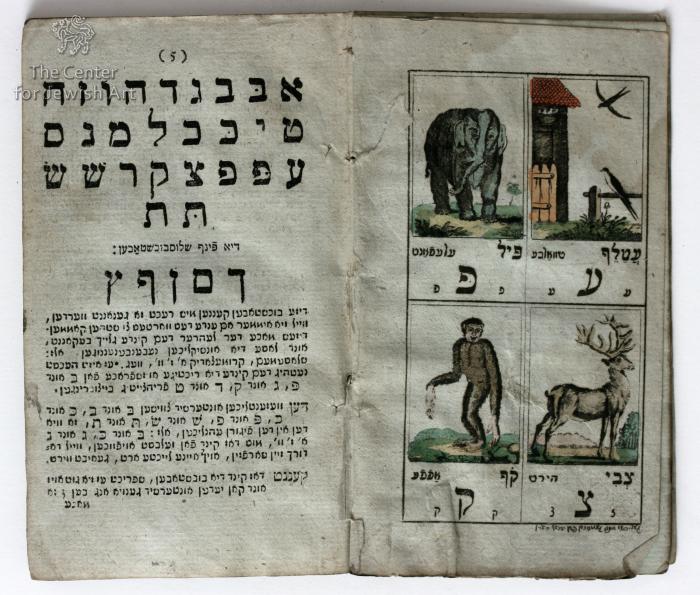 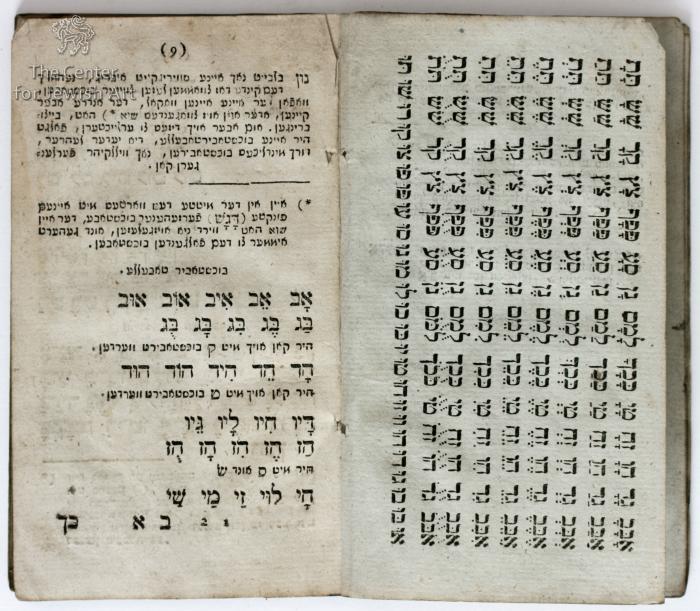 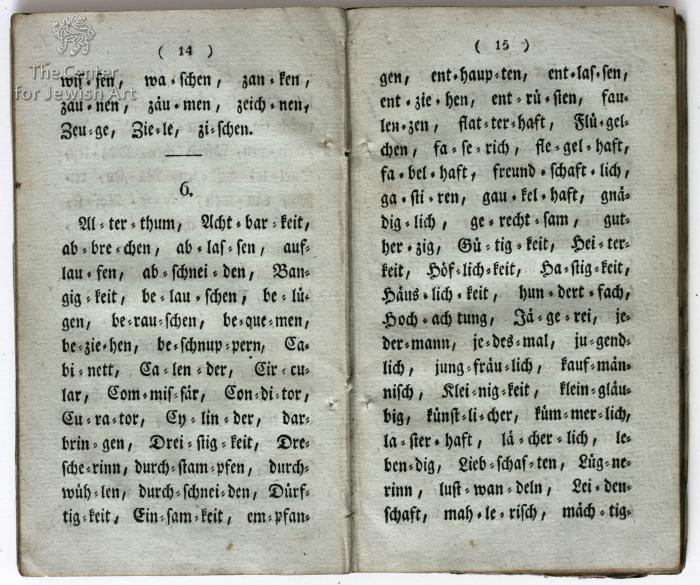