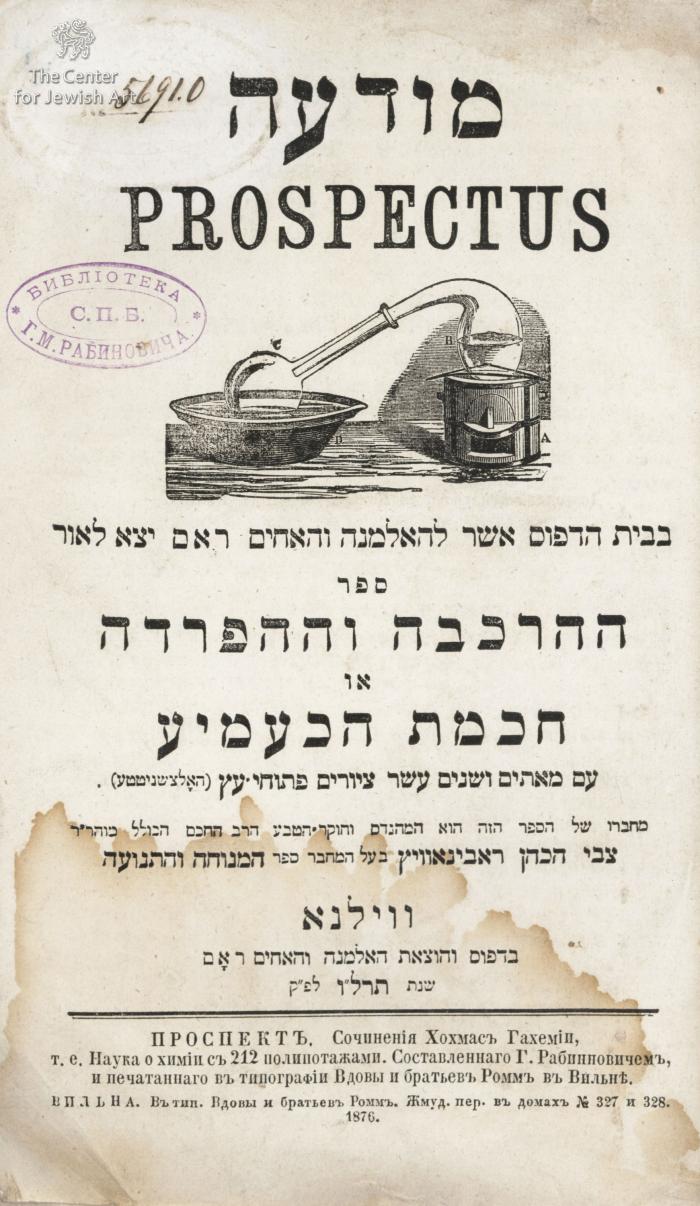 This is the prospectus for some books by Tzvi Hakohen Rabinowitz about modern science, published in the Hebrew language. These books are in the Gross Family Collection and contain many illustrations about modern science.
During the nineteenth century, when the Jewish world center of print moved to Eastern Europe, and the social place and function of women improved, there were 24 women active in Hebrew printing and publishing, 17 of whom were in Eastern Europe. A substantial number of printing houses came to be run by widows, the most famous of whom was the Widow (Dvoyre) Romm, who exerted substantial control over the great Lithuanian publishing house from 1860 until her death in 1903. In at least one case, a major Hebrew press, in Lwów, was founded and run from 1788 to 1805 by a woman, Yudis Rosanes, who came from the Żółkiew line of Uri Fayvesh ha-Levi. 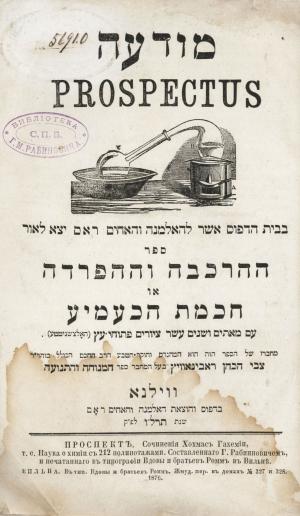 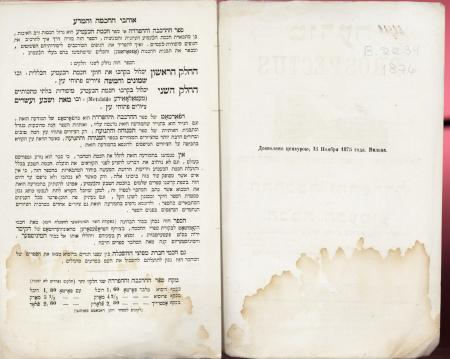 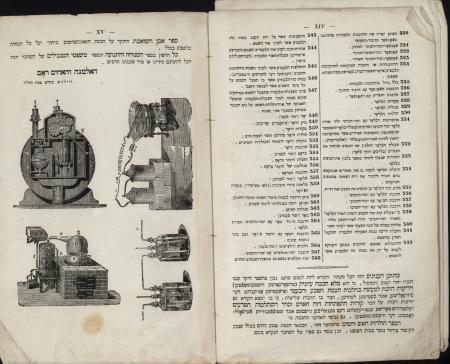 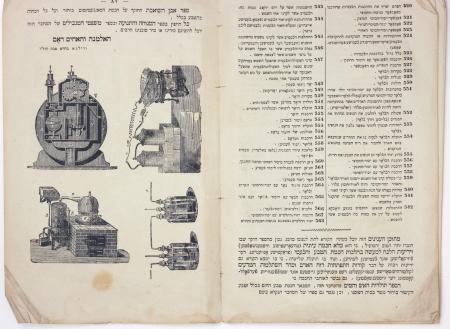