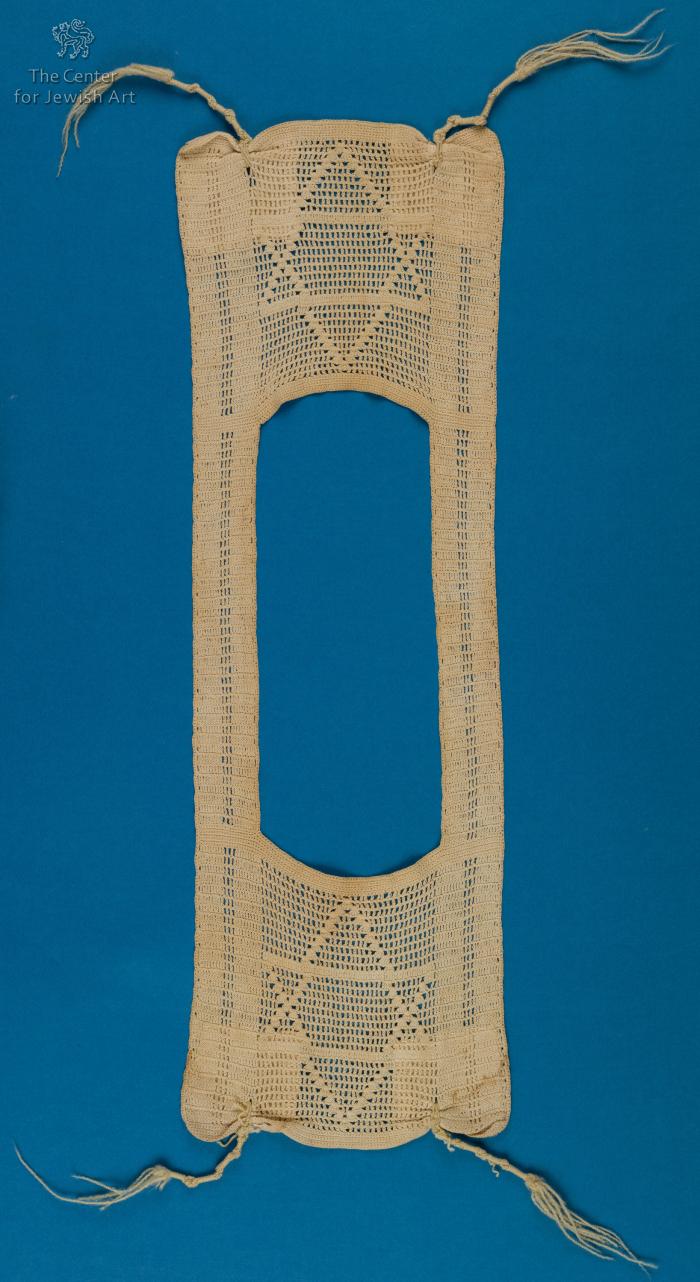 The tallit katan ("small tallit") is a fringed garment traditionally worn either under or over one’s clothing by Jewish males. It is a poncho-like garment with a hole for the head and special twined and knotted fringes known as tzitzit attached to its four corners. The requirements regarding the fabric and fringes of a tallit katan are the same as that of a full tallit. Generally a tallit katan is made of wool or cotton.

This is an example of the type of Jewish ritual item often found in the Genizas of central Europe. Because it was a piece of clothing, it often became worn out, but as a holy item it could not be thrown away, but rather put into the Genizah of the local community. This is a tallit katan, the "Tzitzit" in the small size worn by a child. It is fashioned in an open crochet, and still contains some remains of the "Tzitzit". Crocheted into the textiles is the form of a magen David on both the front and back sides. 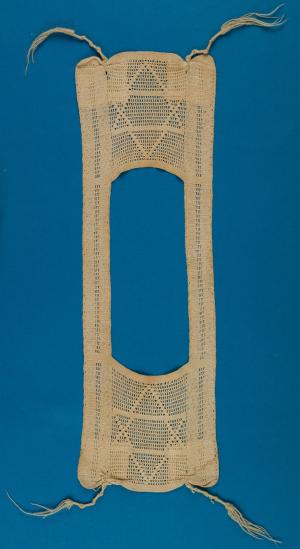 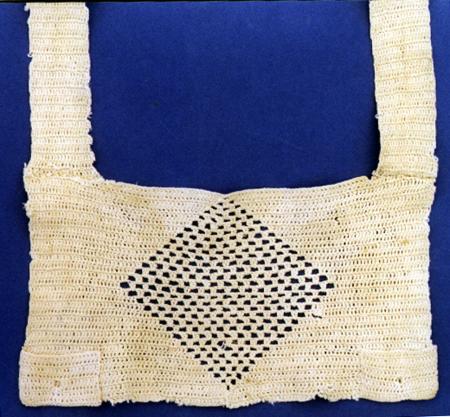