This tower is one of the largest examples of a type of tower produced by a particularly prolific master in Brno, beginning in the 1860's and continuing for decades. The shape is very familiar to that of a series of towers produced by Johann Rada, an earlier master from Brno who worked from the 1840's to the 1860's. It is probable that this master, whose initials are "EE", apprenticed with Rada, learning the same forms. Almost every collection has a tower by "EE" and almost every auction has one or more towers by the master. It would seem that his production used some techniques of serial production to achieve greater quantity. There are probably more filigree spice towers existing from his hand than from any other silversmith.The general form of the tower seems to owe more to Galician types than to central European forms. In the gross family collection there is another type of spice container in the form of a railway engine, 015.001.011. 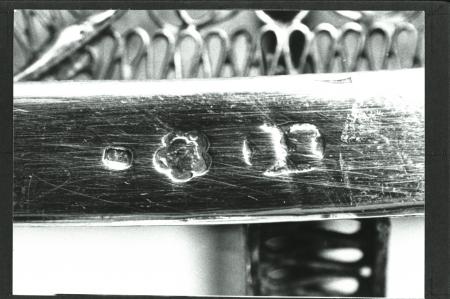 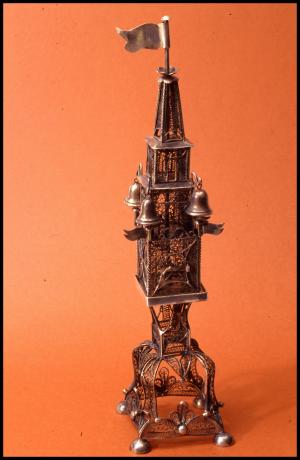 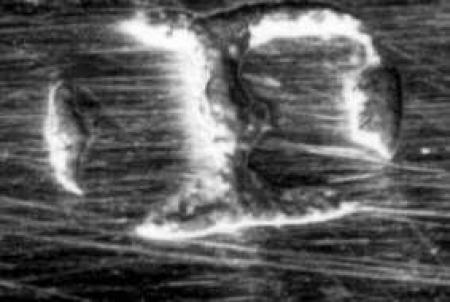 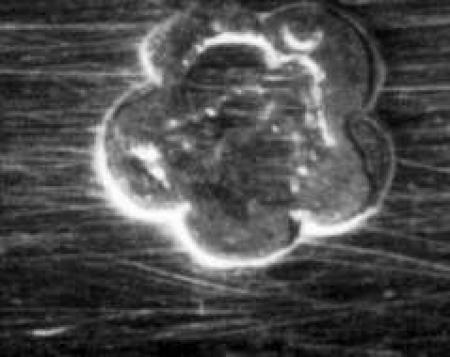 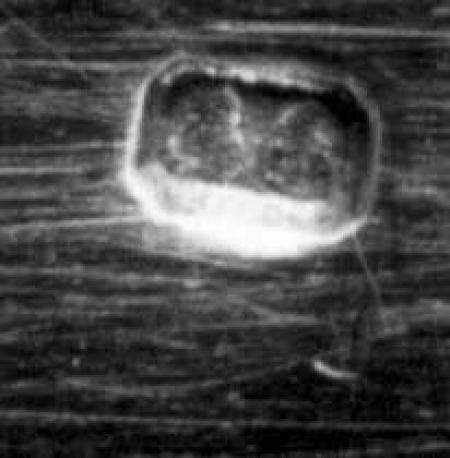