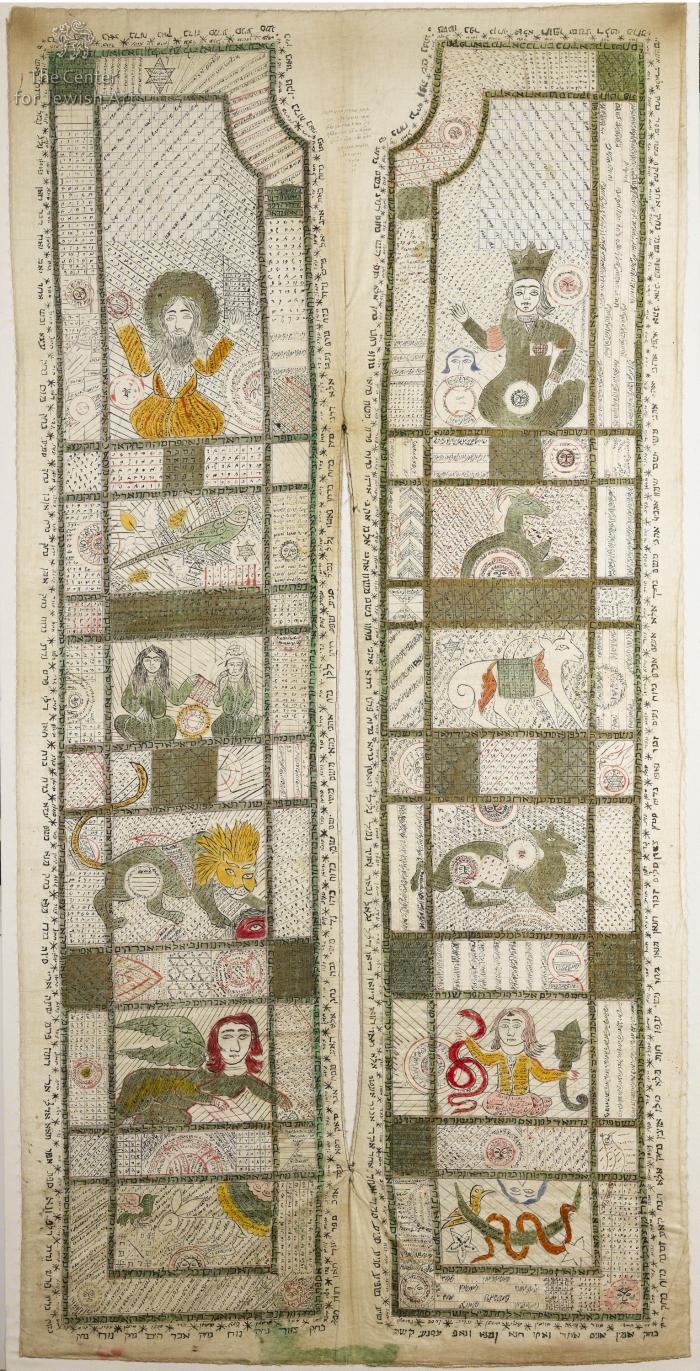 This is the second piece in this highly rare form, perhaps by the same scribe as the first example, also in the Gross Family Collection as 027.015.001. This is a very attractive manuscript on cloth as a talismanic amulet.The amulet is a highly unusual, large birth amulet cloth, with many inscriptions and illustrations. The painted inscriptions and the depictions are a mixture of many different magical traditions in Iran, both Jewish and non-Jewish: Jewish, Moslem and Zoroastrian. Many of the inscriptions are in Judeo-Persian while others are in Hebrew and yet others are in some sort of psuedo-script. 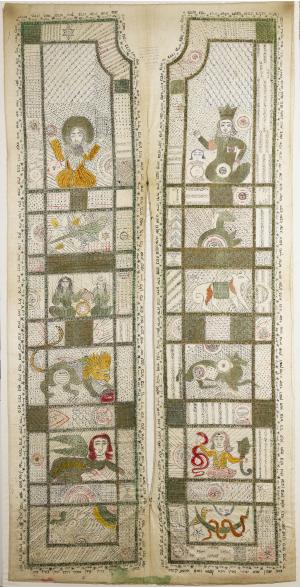 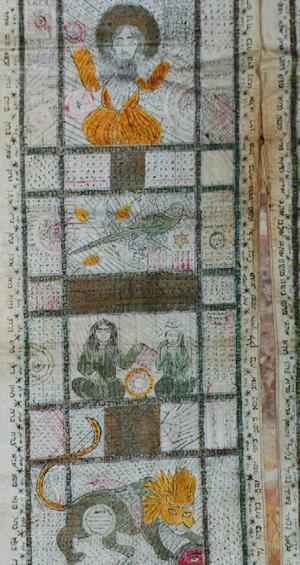