One of the oldest Wimpels recorded in existing collections, this example is made with a most fine, delicate linen and beautifully died silk threads, which have retained their original colors. This Wimpel is also unusual in that the name of the city of origin, Halberstadt, is specifically embroidered in the inscription. This seems to have been a local custom, as there are other examples, such as those in the Skirball museum in Los Angeles, on which the city name is mentioned. The seams between the separate pieces of the cloth are beautifully embroidered as well. As in the other very early Wimpel in the Gross Family Collection, 019.014.0 **, the words in the inscriptions sometimes have unusually large spaces between them, unlike the later examples, which are very crowded. 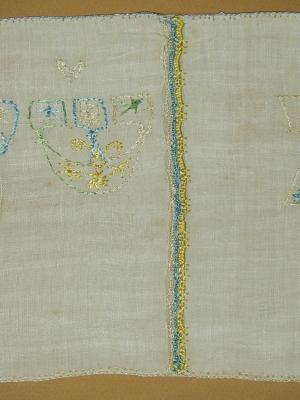 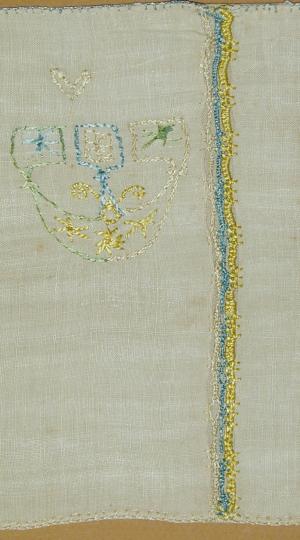