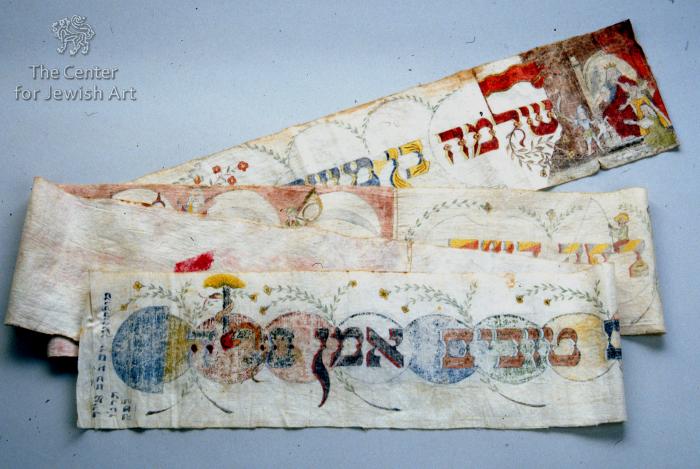 This delightful Torah binder is decorated in the tradition of the area of Alsace. In the last half of the 19th century the tradition here was to decorate with brightly painted letters and images related to the Wimpel. The name of the baby is Shlomo and so the scene of "Mishpat Shlomo", the Judgement of Solomon, is illustrated, using as a source the image of the same scene as done by Matthaeus Merian in a series of biblical etchings. A stork, a traditional symbol in Alsace, is depicted, as is a costumed rabbi with a cup of wine, a young boy fishing, the Torah and a Chupah, the marriage canopy. This binder is unusual as well in that it has a colophon mentioning the name of the town of the child's birth, Muelhausen. There is also a rendition of the scales. 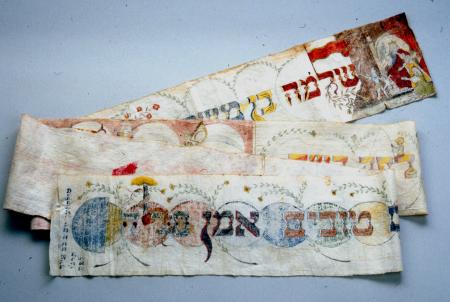