Towrad the end of the 18th century an ever increased number of Wimpels were being decorated by painting rather than embroidery. This example, with its most charming illustrations, is from Alsace, and is one of the very earliest Torah binders extant from that area. The illustration of the Bar Mitzvah child lifting the Sefer Torah in Hagba'a is very seldom seen on Wimpels. Also very interesting is the very human representation of the Zodiac "Twins" and the elegant representation of the sign of the Levi'im. 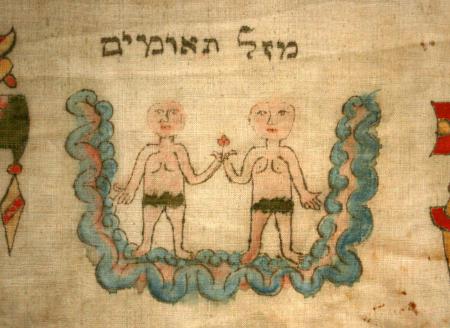 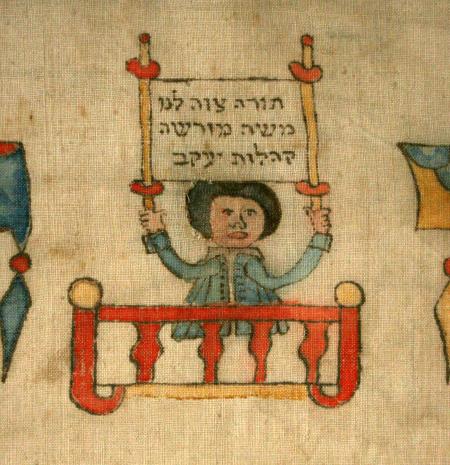 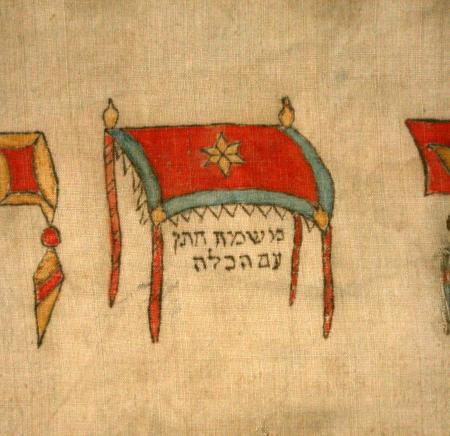 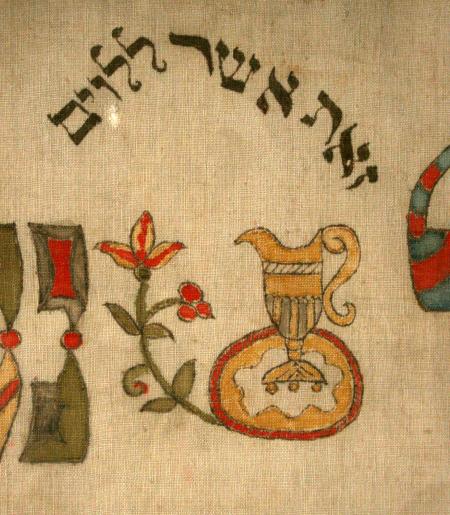