THIS TORAH BINDER, A WIMPEL, IS A 18TH CENTURY VERSION OF A CUSTOM IN GERMAN SPEAKING COUNTRIES. EVIDENCE OF THE CUSTOM GOES BACK AT LEAST 500 YEARS. THE CLOTH THAT HELD THE BABY AT THE CIRCUMCISION WAS CUT, GENERALLY, INTO FOUR STRIPS, SEWN TOGETHER LENGTHWISE AND EMBROIDERED WITH A FAIRLY STANDARD FORMULA, USUALLY BY THE WOMEN OF THE HOUSEHOLD. THIS IS A PARTICULARLY FINE FULL EMBROIDERY, DEPICTING MEN HOLDING THE CHUPAH, A DOUBLE HEADED EAGLE, AND A DOUBLE TAILED LION, AMONG OTHER MOTIFS. THE DEPICTION OF THE DOUBLE HEADED EAGLE WITH THE HEART IS VERY SIMILAR TO THE IMPERIAL EAGLE OF THE BURGAU AREA AND IT IS PROBABLY THAT THE WIMPEL IS FROM THAT AREA. TO COMPLEMENT THE ILLUSTRATION OF THE TORAH, THE IMAGE OF A TREE IS USED, AS THE TORAH IS REFERRED TO AS THE "TREE OF LIFE". FOR A COMPARISON SEE #2 FROM THE "MAPPOT' CATALOGUE. 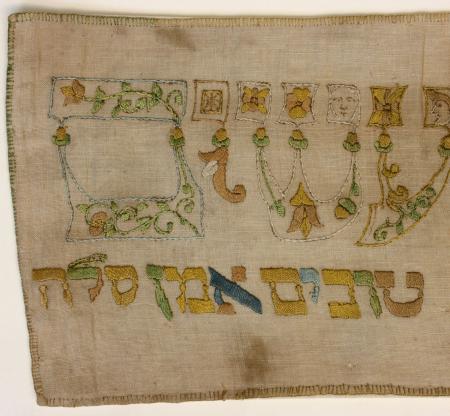 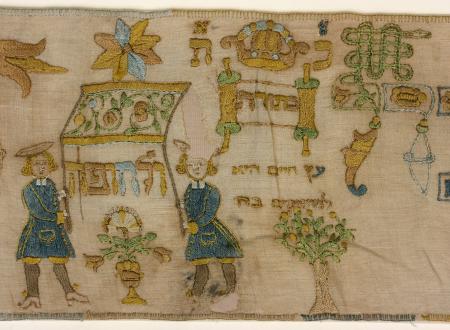 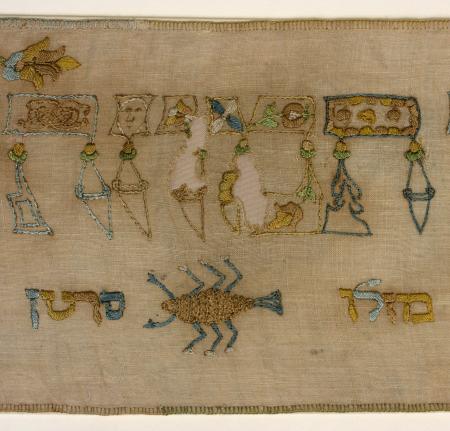 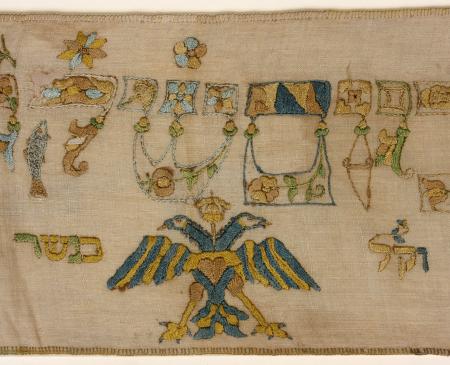 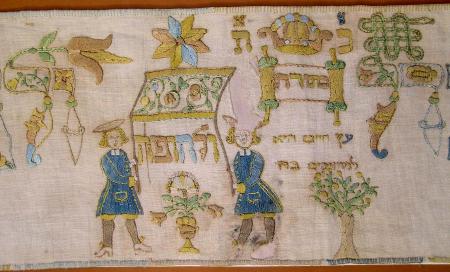 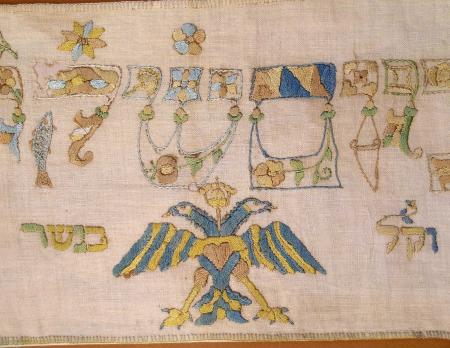 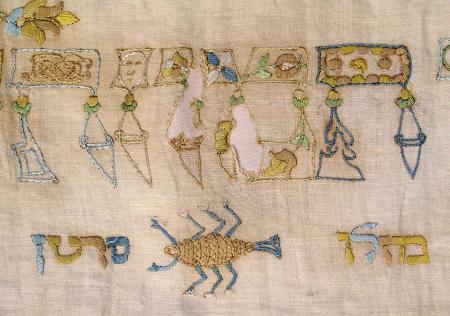