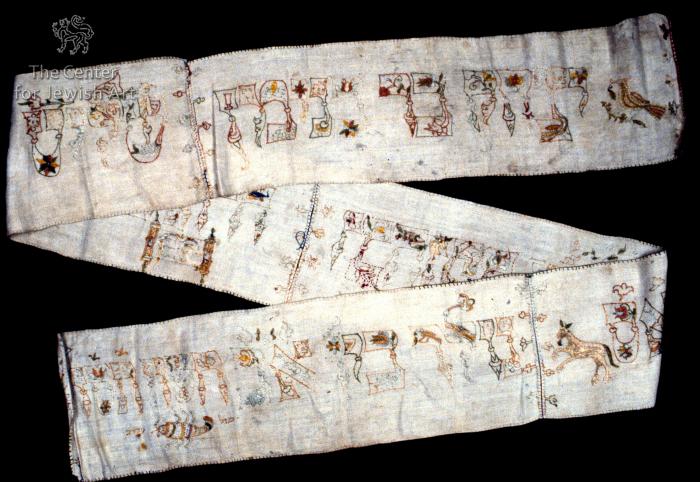 ELABORATE EMBROIDERED LETTERS, TORAH, HORSE(?). SIMILAR STYLE TO OTHERS WHICH ARE FROM THE ICHENHAUSEN GENIZA IN A UNIQUE STYLE APPARENTLY LIMITED TO THAT CITY. THIS EXAMPLE IS ONE OF THOSE FEW IN WHICH THE SEAMS BETWEEN THE SECTIONS OF CLOTH ARE ALSO EMBROIDERED. SEE EXAMPLE #3 IN THE CATALOGUE "MAPPOT". THIS IS ALSO ONE OF THOSE RARE WIMPELS IN WHICH THE DATE OF BIRTH IS RECORDED AT THE END OF THE WIMPEL RATHER THAN IMMEDIATELY FOLLOWING THE NAME. 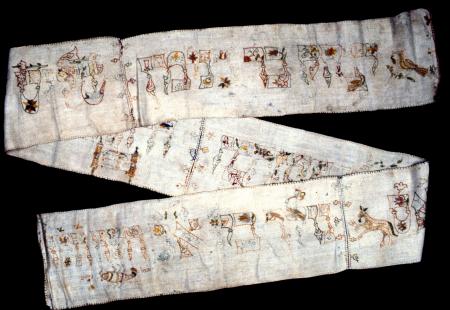 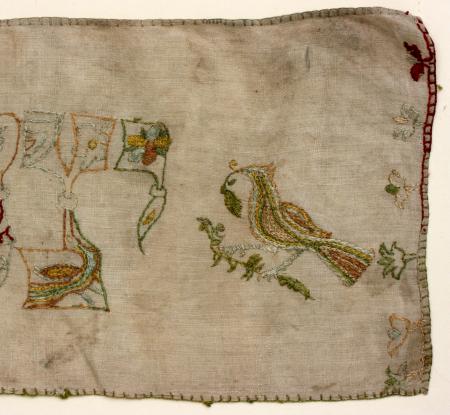 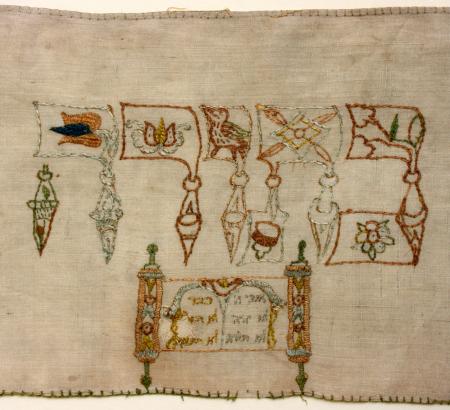 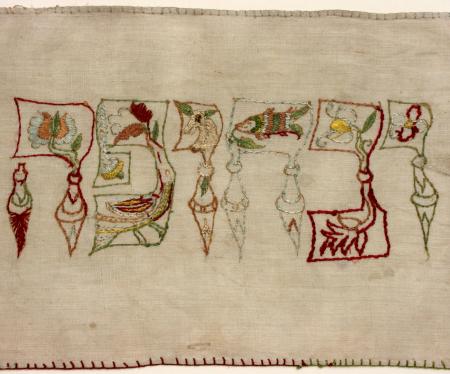 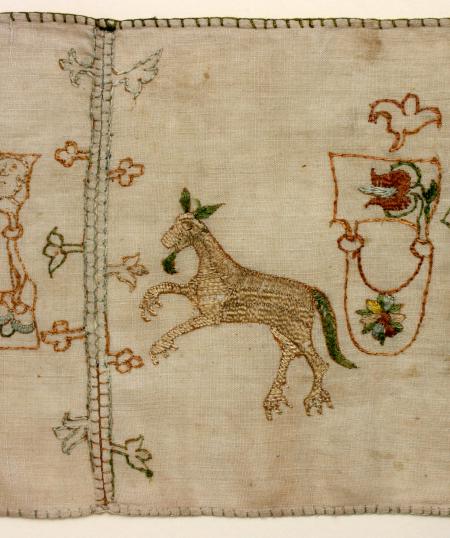 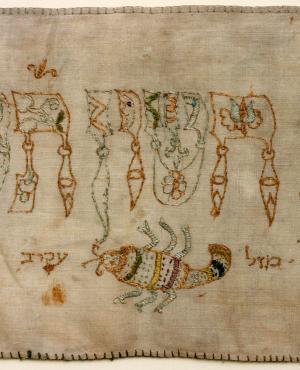