From a Czech genizah in Moravia, this is one of the oldest recorded Torah binders from the Czech lands. In this example the date of birth is recorded at the end of the Wimpel rather than after the name at the beginning. In later years the inscription formula became a standard form without significant deviations. The letters are large and hollow, filled with decorative motifs. 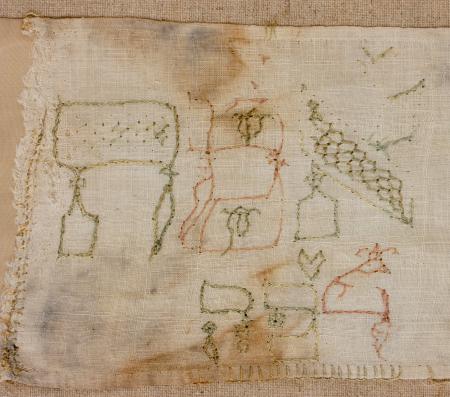