This Wimpel is the oldest Wimpel known today. Its origin is from the genizah of Wertheim in Bavaria. This example is missing a small part at the beginning with the first name of the child. This early example contains a formulaic inscription which differs from the later standard inscription. In addition, there are large spaces between many of the words, quite different from the later standard in which the words are crowded one against the other. The letters are minimally decorated, basically relying on the texture of the decorative stitch which is used for outlining the letters on the Wimpel. 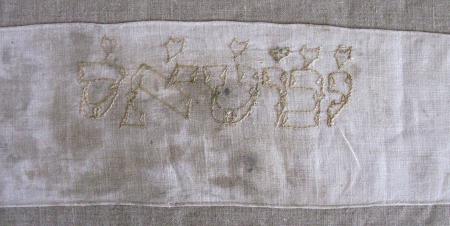 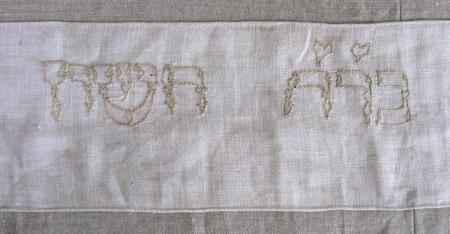 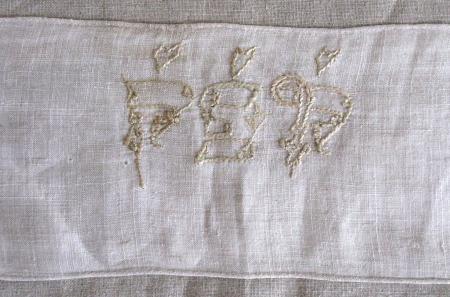 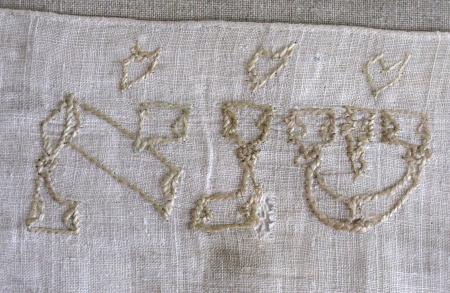