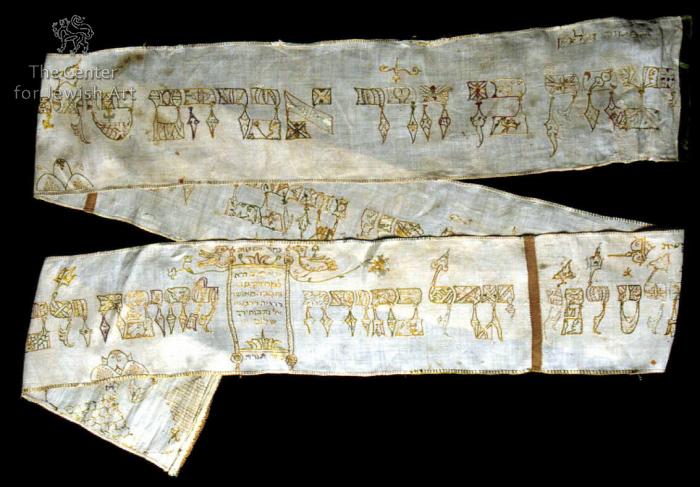 This example is one of two in the Gross Family Collection in which the four sections of the binder are connected by strips of silk fabrics rather than being directly sewn together. The hollow letters are filled with decoration and a Torah scroll is depicted, open with the inscription of the prayer "Etz Chayim Hi..." embroidered on it. This piece is a transitional one in which the decoration becomes more prominent in the making of the binder, evolving from the simpler binders of the earlier 17th century. This sort of 17th-century well decorated Wimpel is extremely rare. 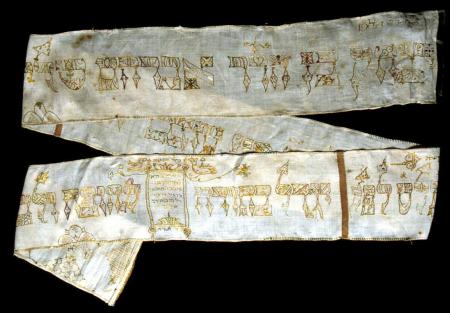 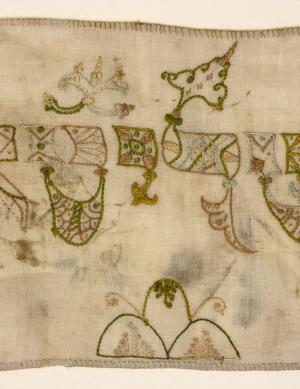 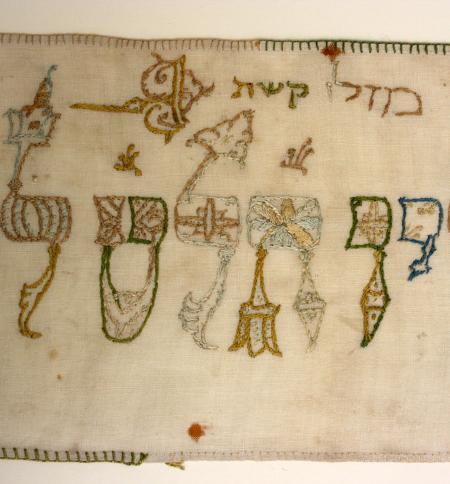 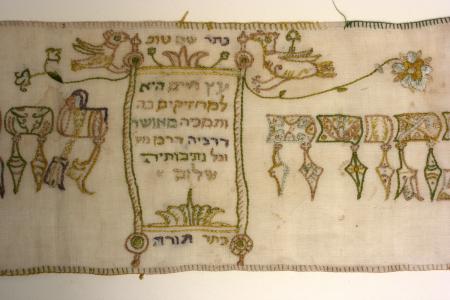 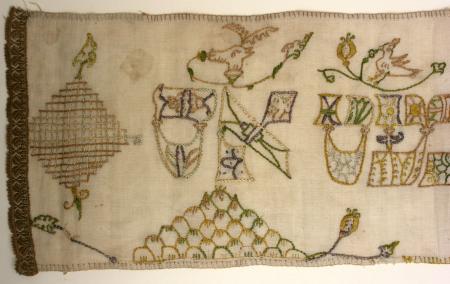