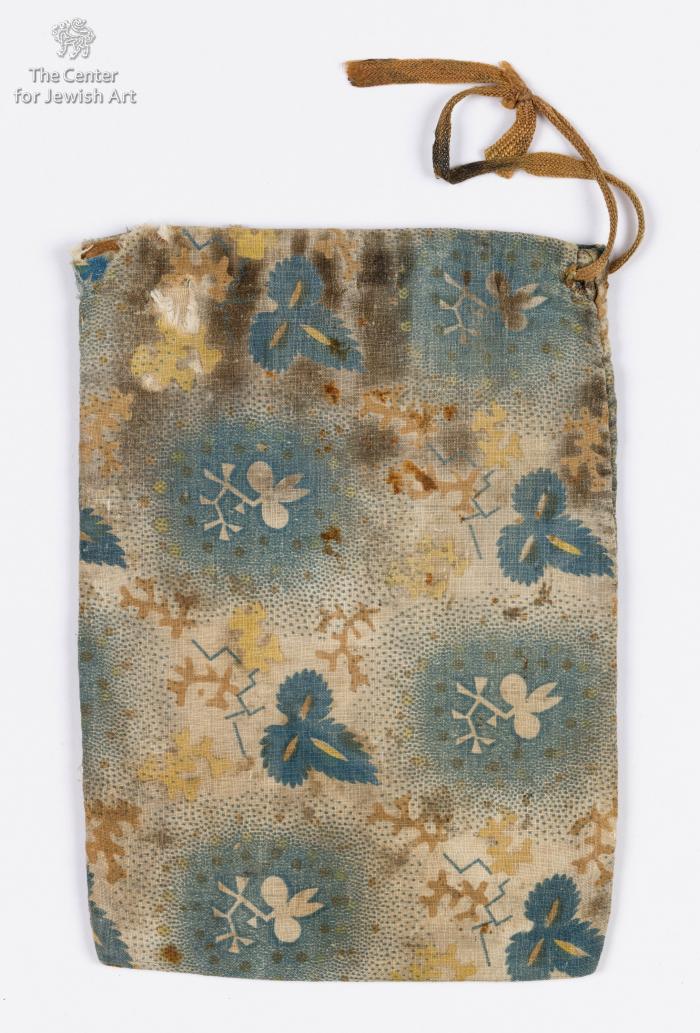 Religious Jews put on Tefilin - phylacteries - every weekday morning and they were carried to the synagogue for this purpose. To make this transport easier and to protect the Holy objects, the Tefilin were usually placed in a container, most often fashioned from some sort of textile. Such was the custom in most countries where Jews lived.

This Tifilin bag was found in a synagogue Genizah in the Czech Republic. This leaf, branch and bud pattered print cloth bag was among the rescued objects. Considerng the current Orthodox attitude toward such brightly decorated objects, it is revealing about the customs among the no less Orthodox Jews of southern Germany some two hundred years ago that such bags could be made from colorful decorated cloth. Such bags were generally made for the Bar Mitzvah child for his first pair of Tefilin. Of the items retrieved from this Genizh, the number is 148/95 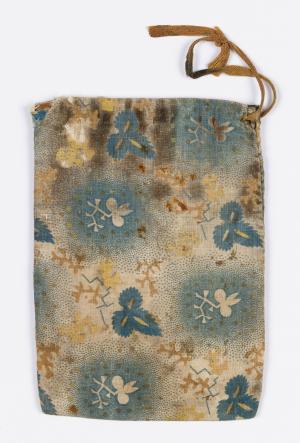 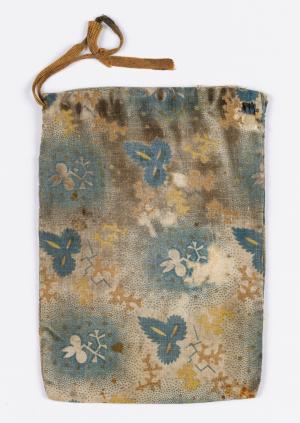