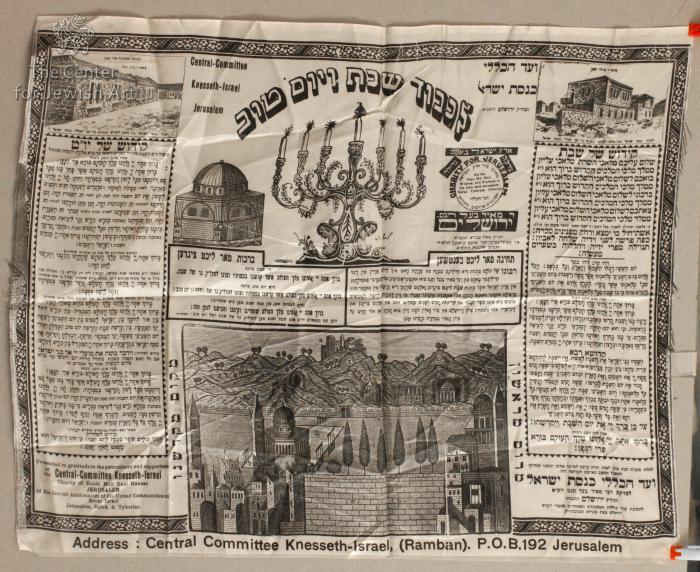 This Shabbat and Holiday cloth example is one of particularly fine images printed on a white cotton textile. This example was published by the large Jerusalem institution "The Central Committee of Knesset Israel" to present to their friends and donors. In addition to the regular depictions of the Holy Places, there are two illustrations of the buildings of the institution itself. There exist many different printed items from this particular institution. The name of the printer is not recorded, but it has a resemblance to such a cloth from the same instituion printed some 15 years earlier by the Salomon printing house. 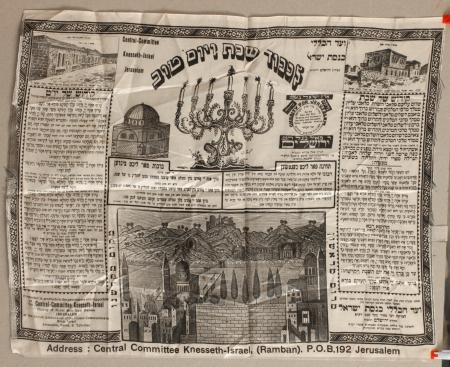