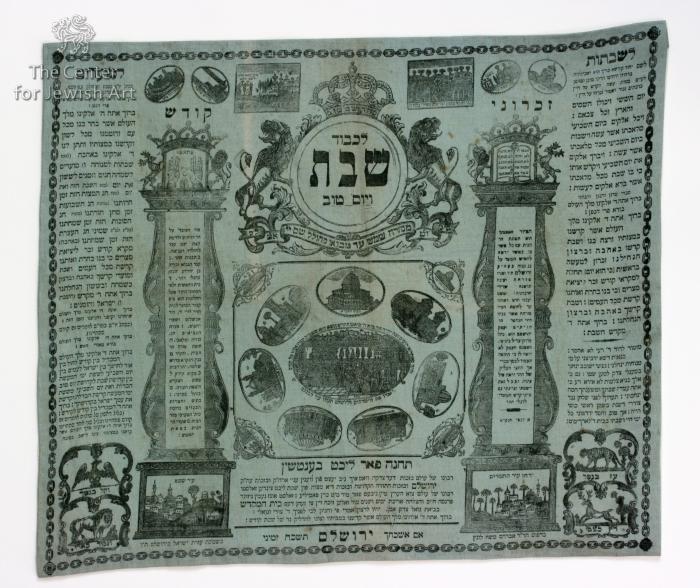 This example is printed on a green colored cotton fabric and is of larger size than most such clothes. It was printed in the workshop of Avraham Luncz, a major figure in late 19th century Jerusalem affairs. 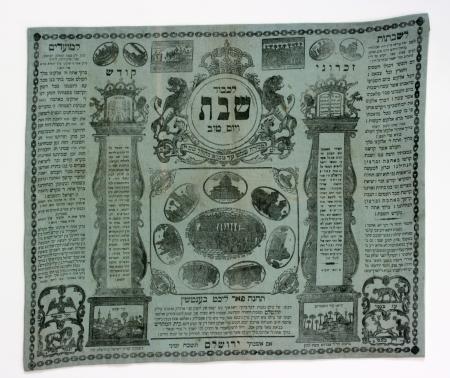 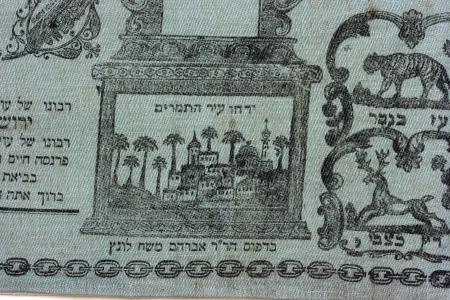 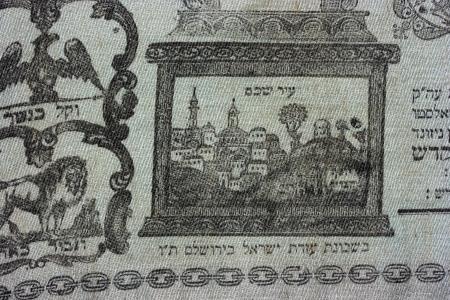