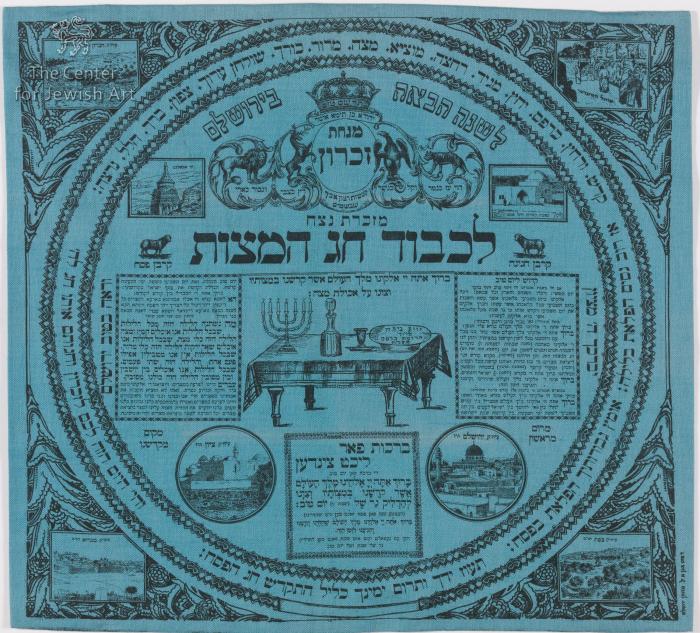 This is a fine example of the great many textiles that were printed at the behest of various institutions in Jerusalem for distribution to their supporters, mainly abroad. The use of Yiddish indicates its Ashkenazi orientation. This example of printing is represented in the Gross Family Collection on both blue and pink cloth. 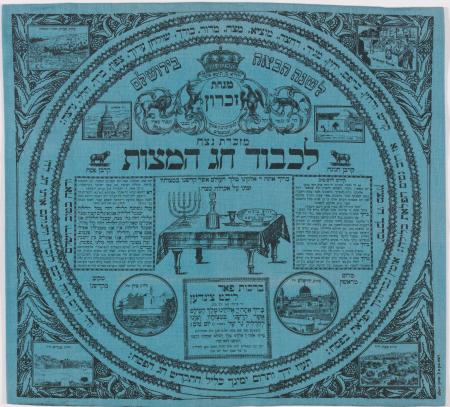