This is the story of the travels in the 12th-century of Binyamin of Tudela to places in Europe, Eretz Israel and the Orient. One of the first books printed in Baghdad, the volume was produced by stone lithograph. It is the 7th of 277 Hebrew books printed in this city. At the end of the book are printed several piyyutim. This would apprear to be only the 2nd edition of this book printed outside of Europe.
We know nothing about the personal history of Benjamin MeTudelo, better known as Benjamin of Tudela. He left Tudela, Spain between 1159 and 1163, and returned in 1172. The two things we do know are that he traveled extensively for more than ten years (some historians believe fourteen) visiting Jewish and non-Jewish communities around the world, and he wrote about his experiences. His travel diary, the Book of Travels, has been a god-send for historians.
There is no general account of the Mediterranean world or of the Middle East in the mid-twelfth century which approaches that of Benjamin of Tudela in importance, whether for Jewish or for general history.
Tudela indicates the distances between the various towns he visited, tells who stood at the head of the Jewish communities, and who were the most notable scholars. He gives the number of Jews he found in each place, though it is not clear in many instances whether he is speaking of individuals or of householders, and in some cases such as Baghdad, the figures seem to be exaggerated. He notes economic conditions, describing the activity of merchants from various lands in Barcelona, Montpellier, and Alexandria, and speaking frequently of the occupations of the Jews: the dyers in Brindisi, the silk-weavers in Thebes, the tanners in Constantinople, and the glass-workers in Aleppo and Tyre.
He was deeply interested in Jewish scholarship, and his accounts of intellectual life in Provence and Baghdad are especially important, as is his characterization of the organization of synagogue life in Egypt.
Sects, too, engaged his attention, not only the Samaritans in Palestine, but also the Karaites in Constantinople and a heretical sect in Cyprus which he relates observed the Sabbath from dawn to dawn. His characterizations of non-Jewish life are vivid.
His somewhat highly-colored account of the Assassins of Lebanon and of the Ghuzz Turks are primary historical sources, and he is said to be the first European of modern times to mention China by the present name. The importance of his work can be gauged from the fact that it has been translated into almost every language of Europe, and is used as a primary source-book by all medieval historians.
Baruch Moshe Mizrachi established the first Hebrew press in Baghdad in 1853, more than a decade before the first Arabic press there. Several other Jews established presses in the second half of the nineteenth century. These early presses published works in Hebrew and Judeo-Arabic. 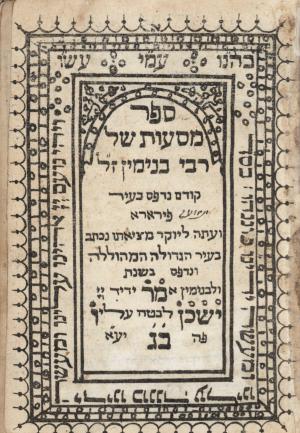 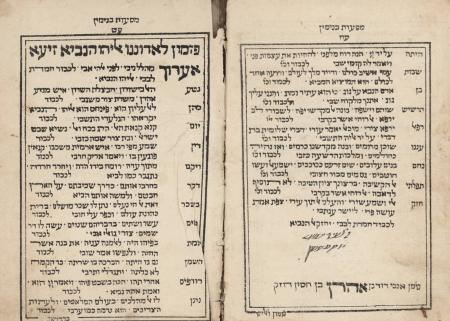 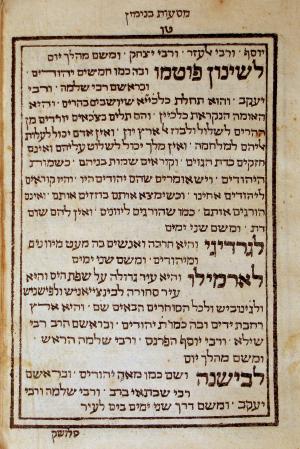 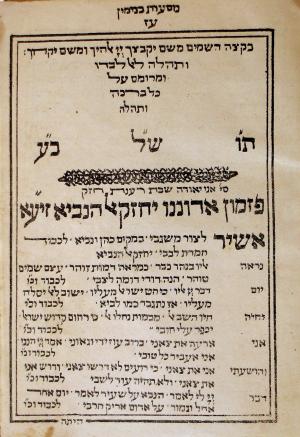