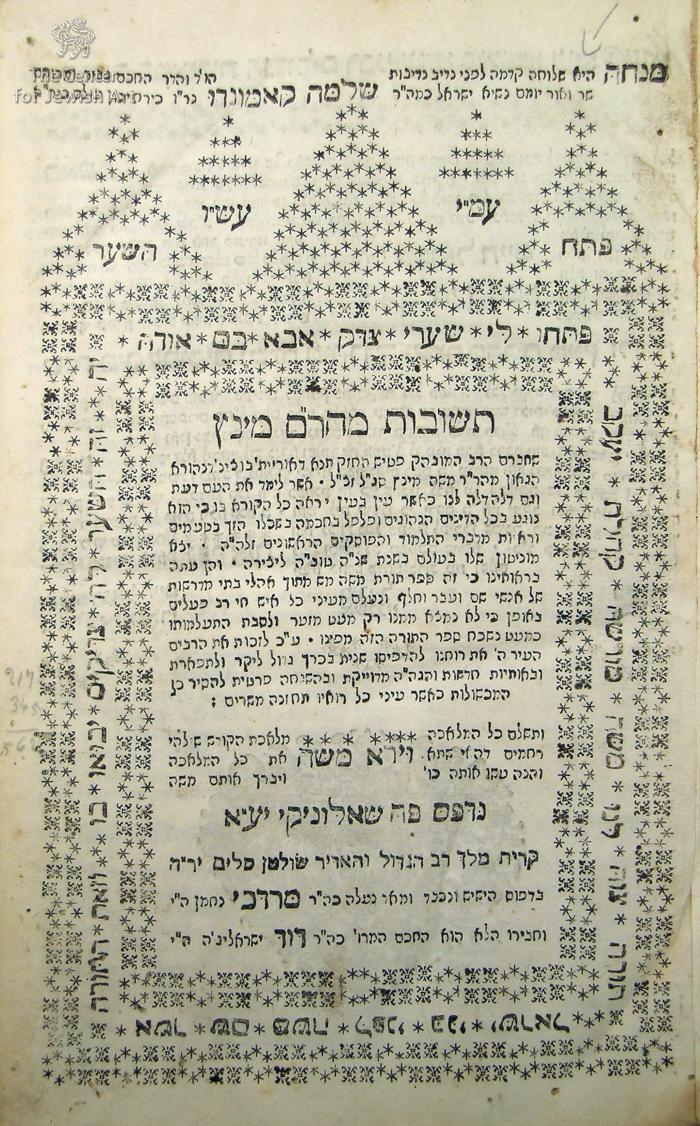 A second copy of this book in the Gross Family Collection, but this one carries a printed dedication on the top of the title page. In other words, a special title page was printed for this one copy dedicated to Shlomo Camondo. The Ketubah of his daughter is in the collection as well.
Title page with typographical decorative frame.
The history of Hebrew printing in Salonica began in the early 16th and lasted some 400 years, being brought to an end only with the Nazi conquest. The first Hebrew press was established in Salonica in 1512 by a Portuguese printer and émigré, Ibn Gedalya. By the 1560’s, with the mass influx of former Marranos from the Iberian Peninsula, printing activity in Salonica reached its height, with more than 120 books published (including a few in Ladino). With the exception of a short period, however, the city did not have any well-established printing house until the end of the 17th century.
By the mid-18th century, several printing houses which were to enjoy long periods of activity had been founded. Mordechai Nachman established his press in 1753 in partnership with R. Judah Kal’ai. Together they printed fifty books over a period of 30 years. After Kal’ai’s death, his son Hayyim Leon inherited his share of the business. Five years later his share was bought by David Israelije, who remained in partnership with Mordechai Nachman until 1804. All of the books in the Gross Family Collection that are associated with Mordechai Nachman’s press were issued during his partnership with David Israelije. 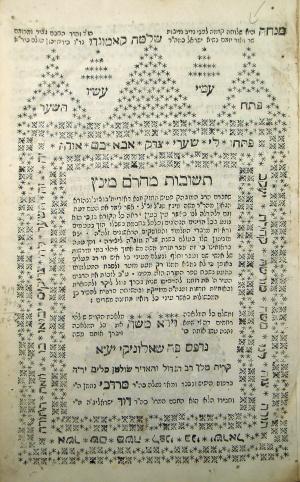 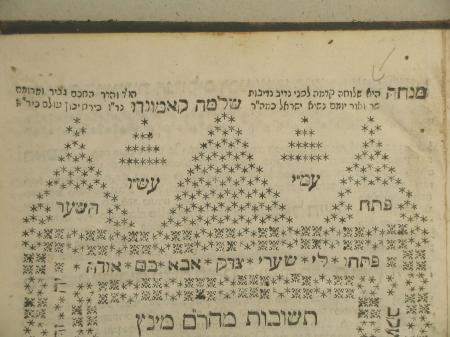