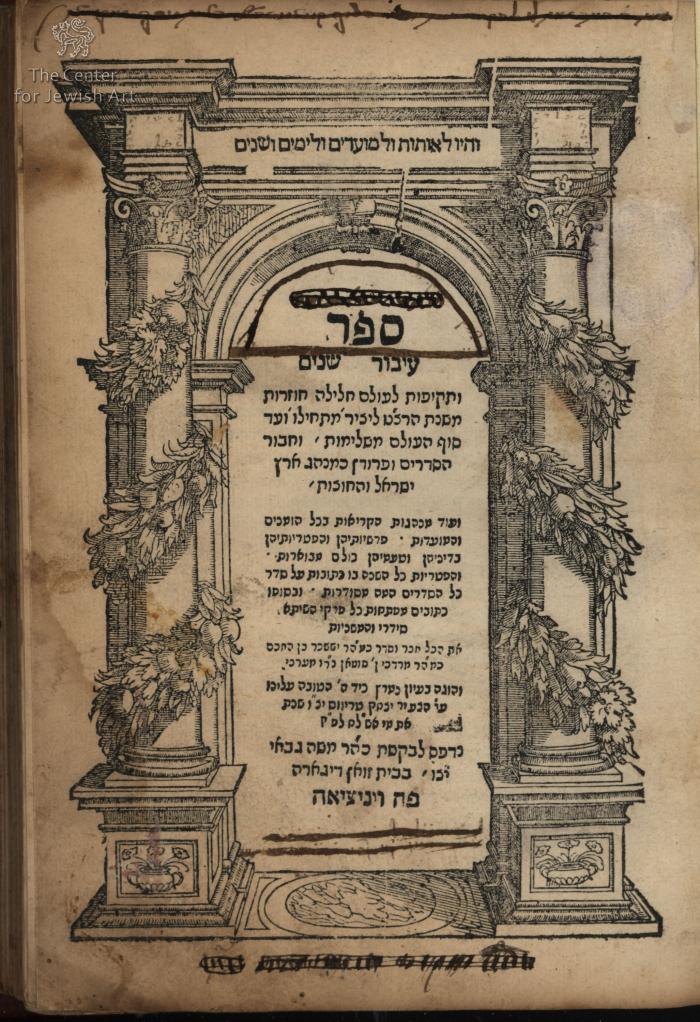 This the the second edition of this treatise about the Hebrew calendar and other customs through the year, by the mathematician Ibn Susan. In his preface to this edition, Ibn Susan criticizes the "Salonika" printer who published the first edition in 1564 (under the title Tikkun Yissachar), for mangling the text, omitting all but one of the diagrams, and claiming co-authorship for himself (in fact the edition was published in Constantinople, not Salonika). For these reasons, according to the author, this Venice edition is to be preferred over the first corrupt edition.
R. Issachar b. Mordechai Susan (c.1510 - after 1580) was born in Fez to a family from Toledo that traced its ancestry to the tribe of Benjamin. In about 1527, Susan and his father moved to Jerusalem. He later settled in Safed, but due to poverty had to leave that city to seek a livelihood elsewhere. A mathematician, R. Susan began to work on the Hebrew calendar. He began work on his Ibbur Shanim in 1539 and completed it in 1545, back in Safed. The book is primarily concerned with the rules for and the calculation of dates in the Jewish calendar for Shemittah, holidays, Torah and Haftarah readings, and customs related to the Jewish year. For much of his life, R. Susan had a keen interest in the synagogue customs of Jewish communities in the Land of Israel and in the Diaspora, particularly those dealing with scriptural readings and matters relating to the calendar.

The Venice edition was printed by the patrician Giovanni Di Gara, known as the heir of Bomberg. He first learned the art of printing at Bomberg’s press and acquired most of Bomberg’s types when the famous house closed. From the resumption of the Hebrew press in 1563, Di Gara dominated Hebrew printing at Venice for nearly 50 years. He produced well over 250 Hebrew books on diverse subjects.
The book incudes a decorative title page with columned archway. The text is fully illustrated with numerous calendrical tables and spheres.
The printer Giovanni di Gara (active 1564-1610) was known in Venice as the “heir of Bomberg” not only because Bomberg instructed him in Hebrew printing, but also because di Gara acquired most of Bomberg’s Hebrew types. He was born in Riva del Garda to Christian parents sometime between 1520 and 1530 and moved to Venice with his family as a young boy. He began working at Bomberg’s press as a child. It is believed di Gara’s first Hebrew books were printed at Bomberg’s own press, since some of them bear the phrase “in the house of Bomberg”. In other early Hebrew books, di Gara noted when he used Bomberg’s types with the phrase “with the letters of Bomberg”. Over time, this phrase came to mean ‘in the Bomberg style’.
Di Gara worked closely with the press of fellow Venetian Bragadini, as evidenced by the use of his types from 1599 to 1600 and the incorporation of his three-crown printer’s mark (di Gara’s own printer’s mark was a small single crown). Di Gara employed Jews whenever legally permitted to do so to ensure the accuracy of his Hebrew editions. Books printed under the supervision of Christian typesetters suffered from many errors, whose corrections were costly to the firm.
Di Gara’s press printed close to 300 Hebrew books from approximately 1565 until his death in 1609 (at least one Hebrew book was printed posthumously from his press in 1610). Many of these books bear his iconic title page: a Roman arch whose pillars are topped with Corinthian capitals and wrapped with leaves and fruit. Often a biblical phrase is included at the top of the arch as in the title pages pictured here. As a result of the Counter Reformation and the Roman Inquisition, Hebrew books printed in Italy were subject to examination and censorship and could not be printed without prior permission from the relevant authorities. Books subject to these restrictions had a version of the phrase “con licentia dei superiori” meaning “with permission of the superior” printed at the bottom of the title page. An abbreviation of this phrase is included in one of the two examples pictured here. 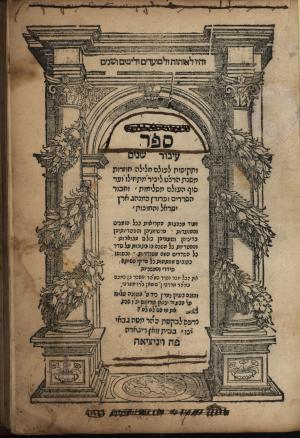 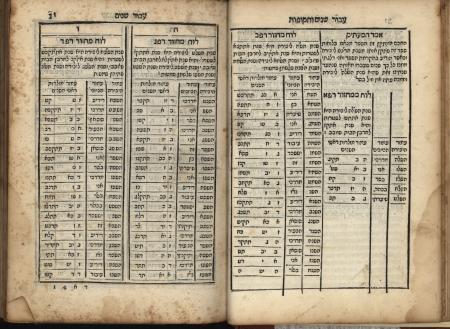 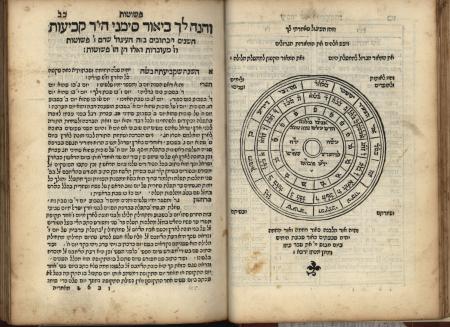 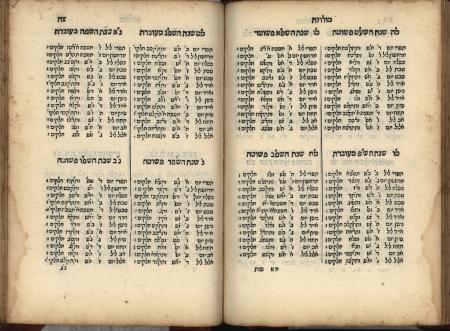 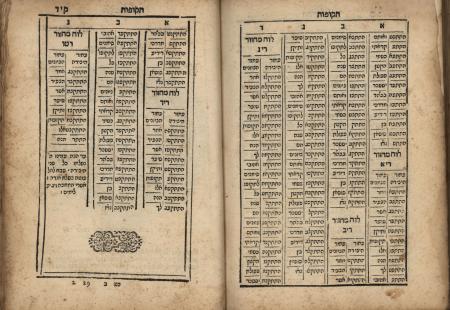 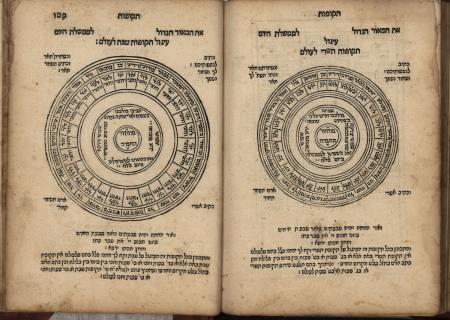