In 1937 Shlomo Yedidyah Seelenfreund illustrated a famous Haggadah published in Romania. But it was not his first work for Passover..Some years earlier he published in Jerusalem a small portfolio of illustrations to the traditional Passover song of Chad Gadya, of which this is one copy. There are a number of works by this artist in the Gross Family Collection.
Seelenfreund was an active graphic designer and artisan in both Hungary and Israel for more than 50 years. Seelenfreund was born in Hungary in 1875. His father was the Rabbi of Szeged where Shlomo grew up from the age of 2. He had a religious education but went on to study graphic design and handicrafts in Budapest. After the studies he traveled, visiting studios in Germany and Italy. By the end of the 18th century his work was appearing in professional journals in Hungary and in 1903 he decorated the interior of the new synagogue in Szeged. He became associated with Raphael Patai and illustrated many of his publications, including the famous Mult es Jovo cultural and literary journal. In 1917 an exhibition of his work was mounted in Budapest and in 1929 in Eretz Israel. His work most often involved original and decorative ways of presenting Hebrew letters and it is possible to say that his approach influenced the works of the Bezalel School in Jerusalem, founded in 1906
He made Aliyah with his family to Eretz Israel in 1921 and melded into the community of artist in the country, being one of the founders of “The Society of Hebrew Artists”. By 1923 he had a design studio in the Old City where he carried out his designs and he himself worked in parchment, metal and stone as well as designing for others. In 1929, the year he had an exhibition of his output in Jerusalem, his studio was destroyed in the riots. Later he relocated to Tel Aviv where he continued his original designs and works. 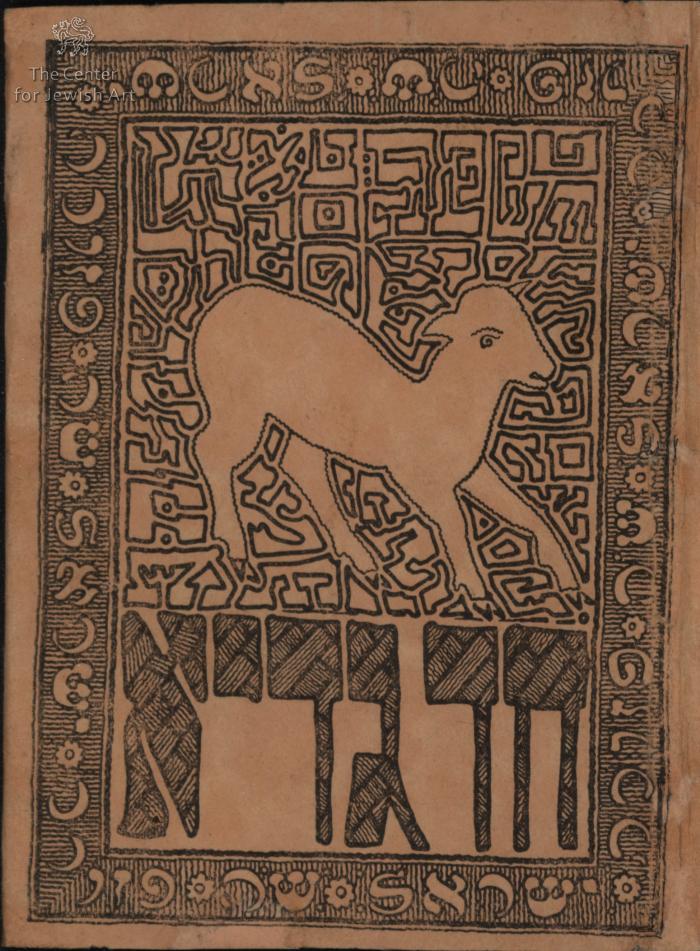 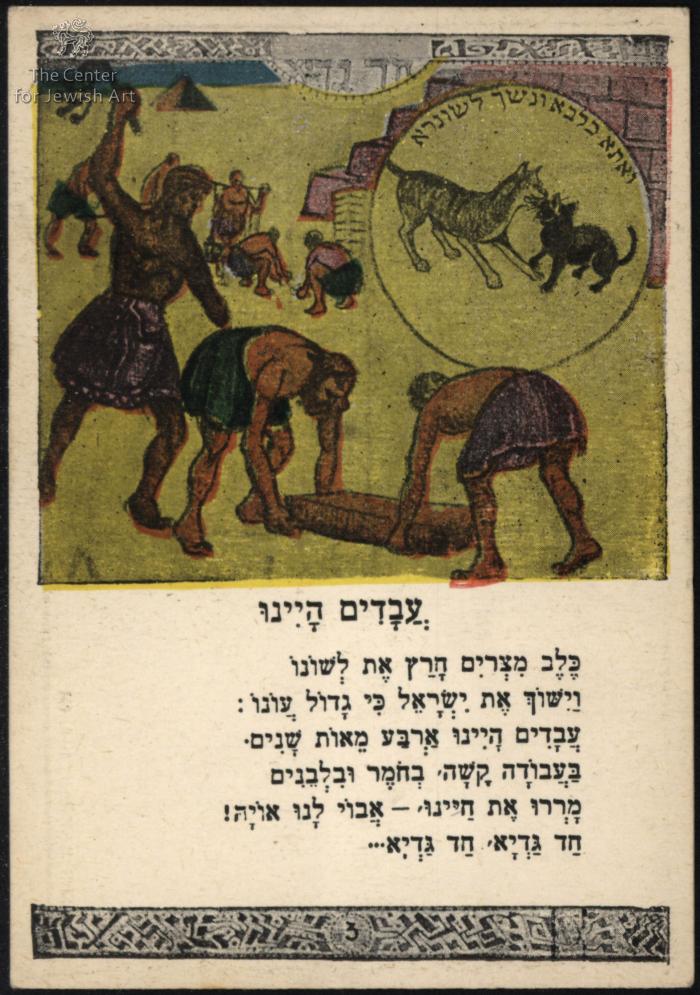 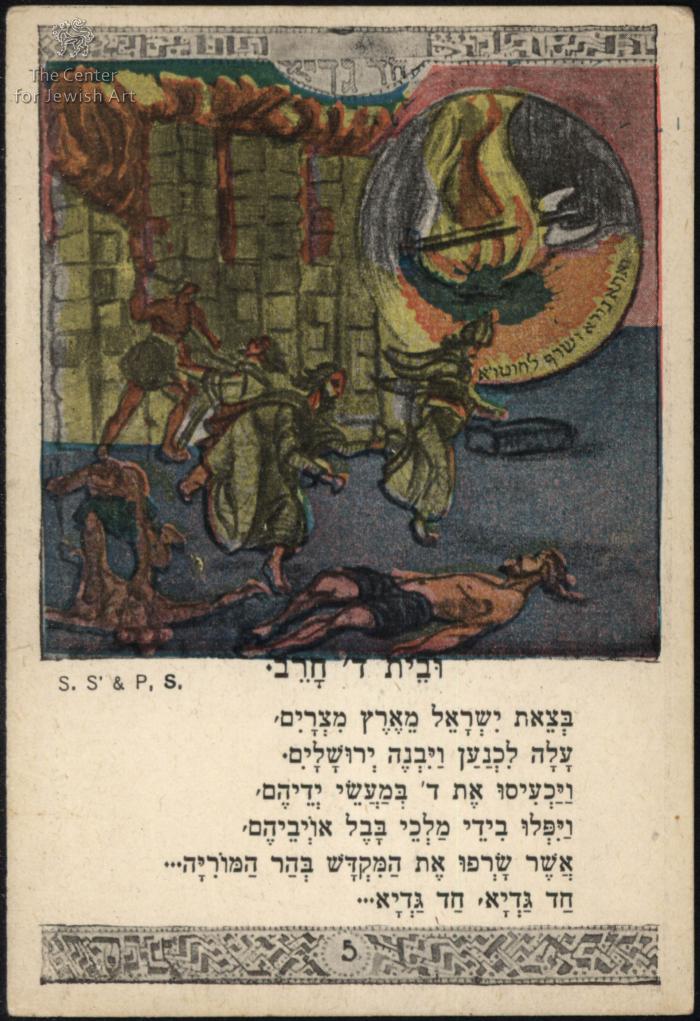 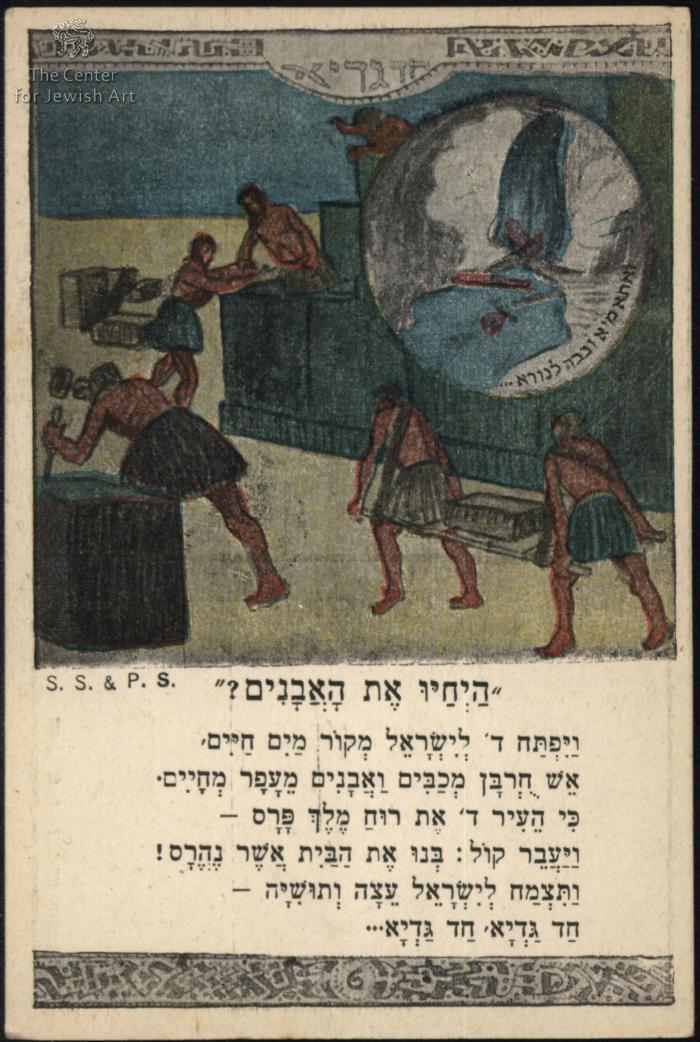 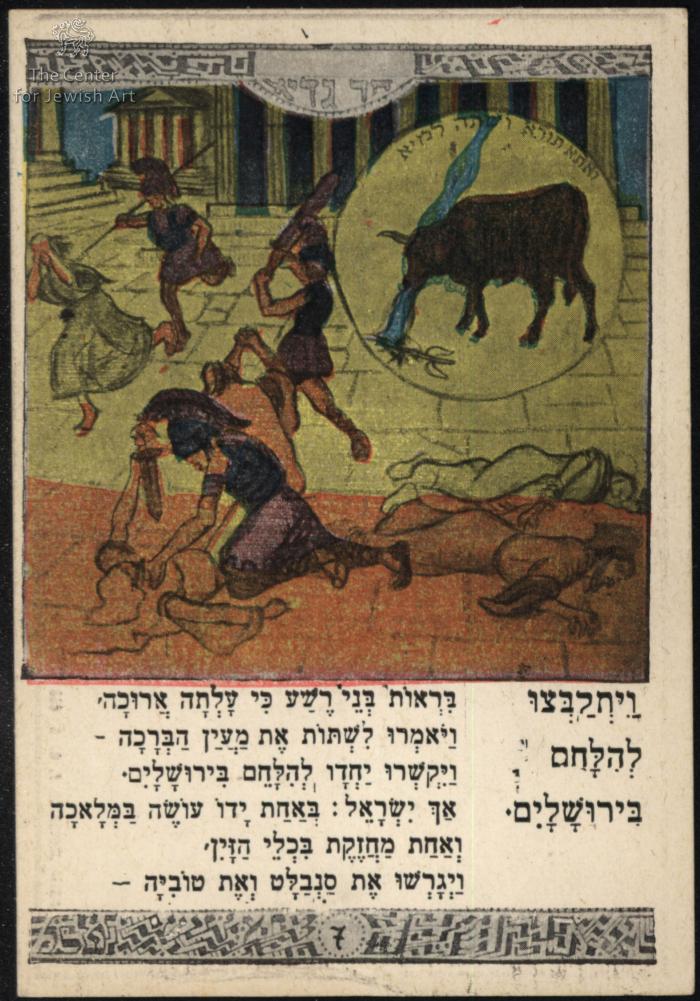 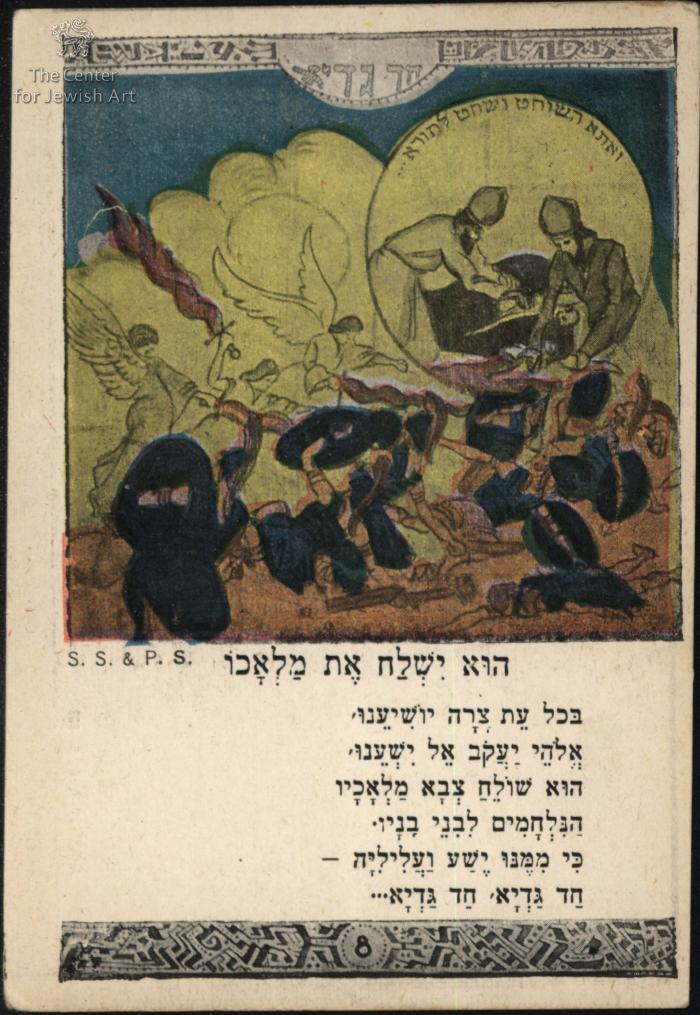 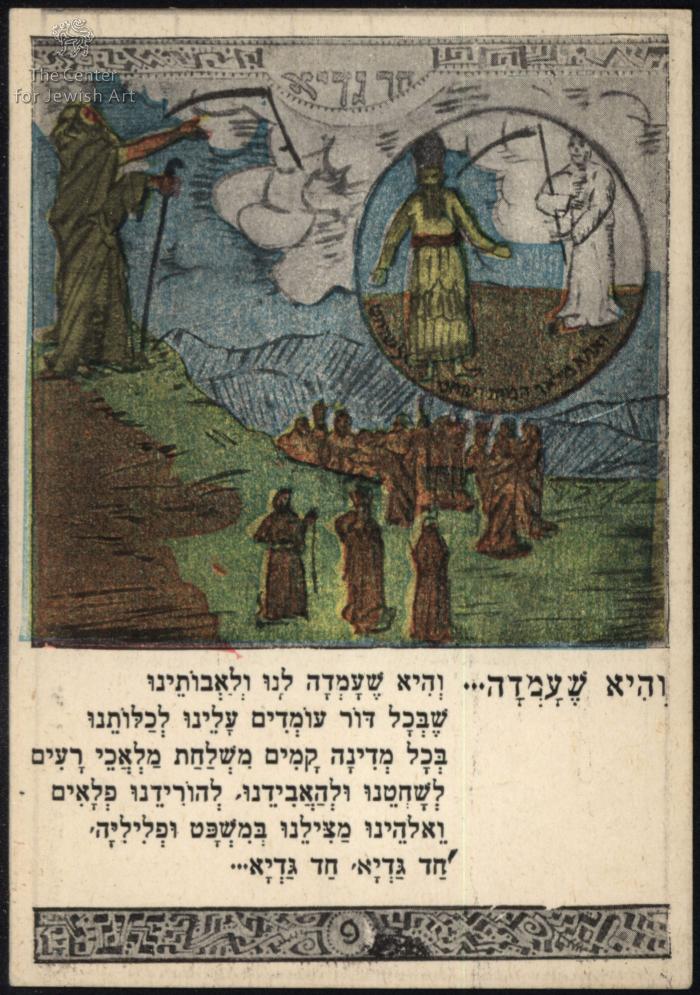 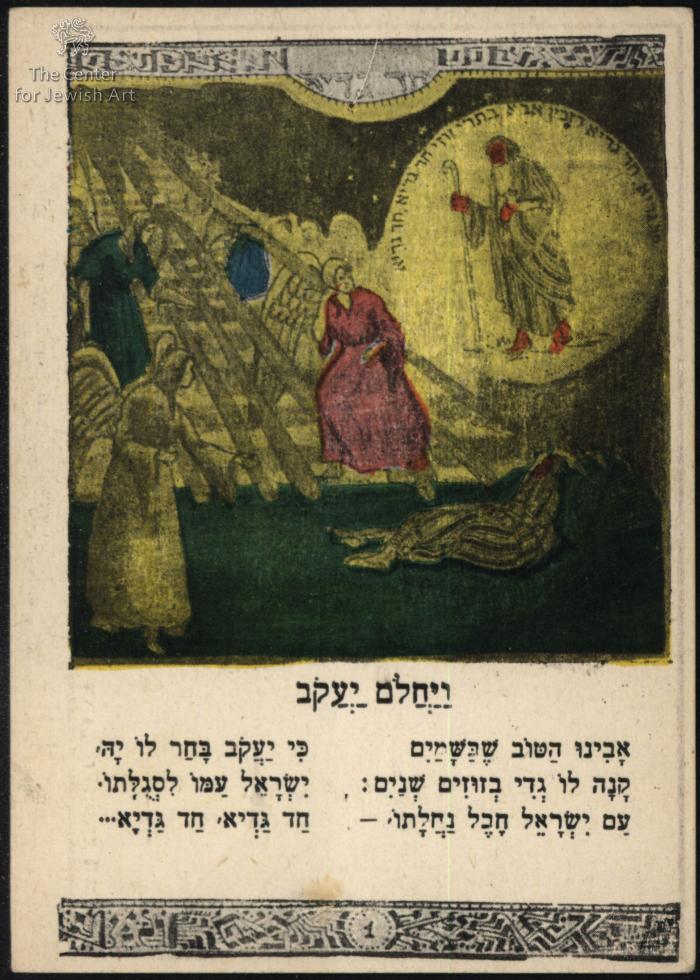 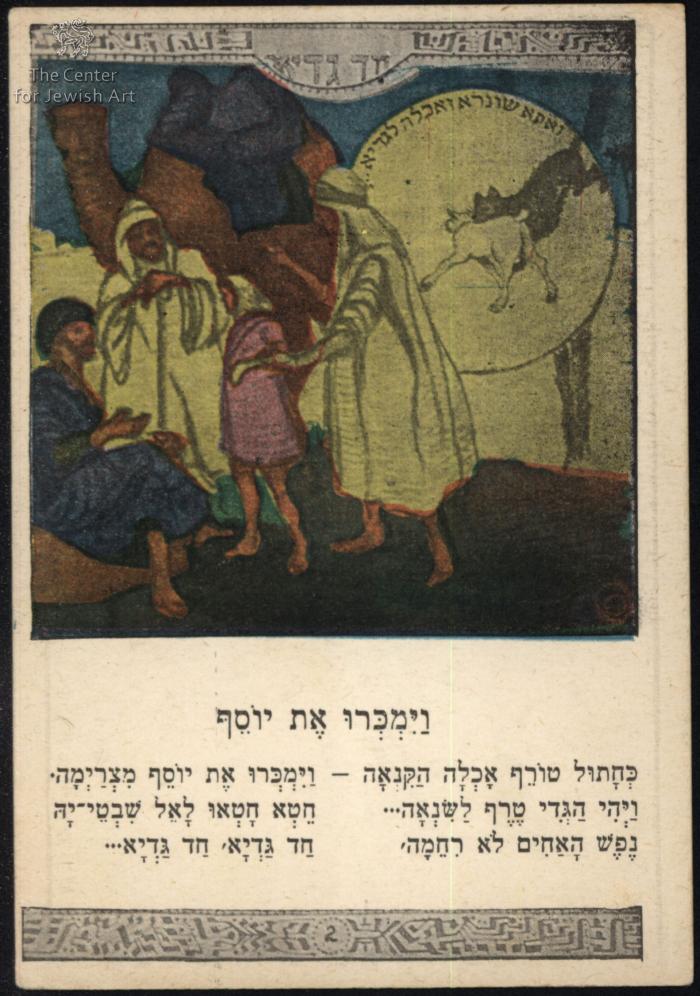 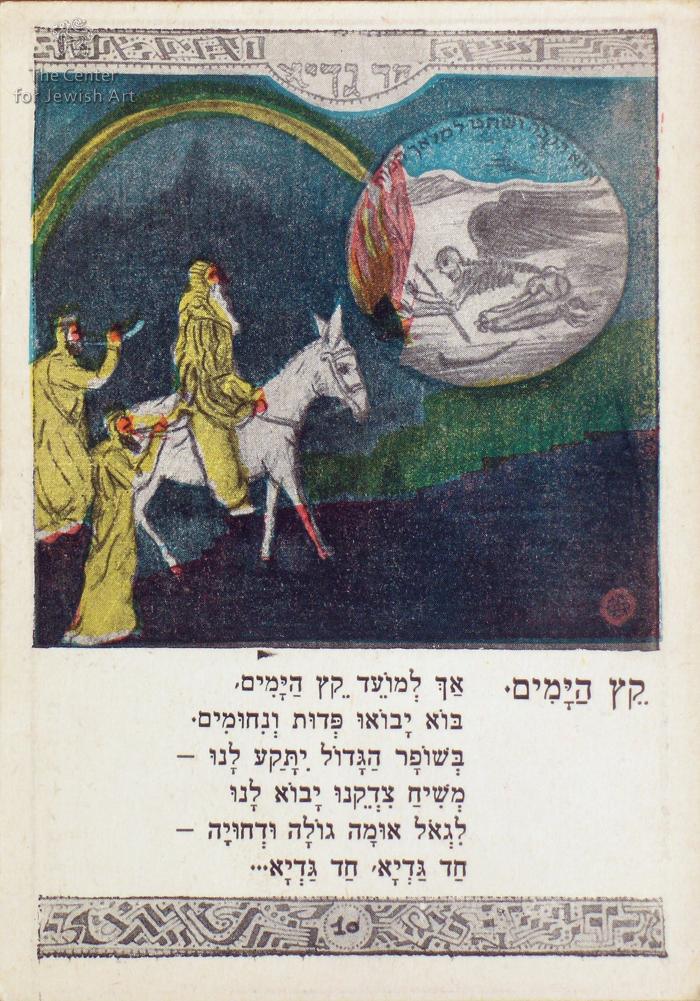