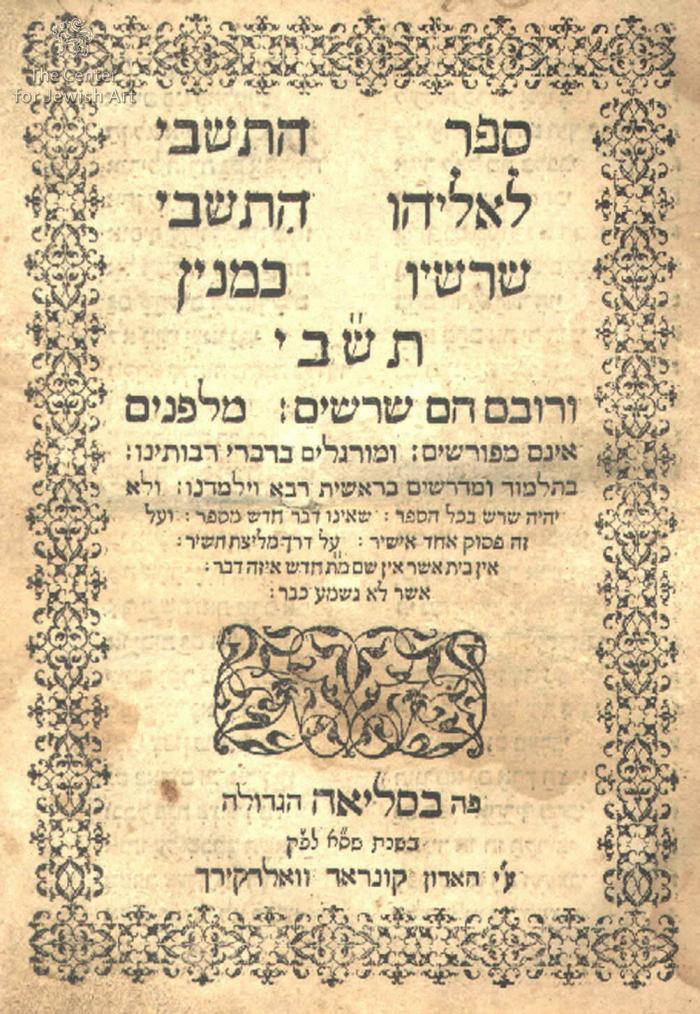 The second edition of Sefer haTishbi, a book of 712 roots from the Talmud and Midrashim of Chazal, by the linguist Rabbi Eliyahu HaLevi Ashkenazi (Rabbi Eliyahu Bachur). Increasing the book’s rarity is its inclusion of a printer’s mark from the printer Konrad Waldkirch.
Title page with typographic floral border and decorative floral motif. Printer’s device appears on the final leaf.
Eliyahu ben Asher Halevi Ashkenazi (known as Eliah Levita by Christians and Eliyahu Bachur by Jews) (1469 - 1549), was a colorful Jewish culture hero at the time of the Italian Renaissance. While he considered himself primarily a linguist, he was also a teacher, translator, writer and editor, debater, poet, singer and humanist with a deep sense of social awareness, which he expressed in sharply worded satires. While all his life he was an observant Jew, he was also a close friend and teacher of the greatest Christian scholars of his day and became a foremost "cultural agent" between Judaism and Christianity.
Most of his life Eliyahu Bachur lived and worked in Italy. Between 1540 and 1542, he moved to the small town of Isny in southern Germany, where he published, amongst other works, the first edition of his Sefer HaTishbi (1541). Most of the time he was the only Jew in that Christian town which was so devoutly Protestant that it did not allow Catholic Christians to reside within its walls. In 1542 he returned to Italy, settling in Venice. He died in the month of Shevat in the year Shin Tet (1549) and was buried in the old Jewish cemetery in the isle of Lido near Venice. The headstone on his grave is still to be seen.
Konrad Waldkirch, a Basle printer, began publishing Hebrew books in c. 1581. He was the son-in-law of Pietro Perna, a printer of repute. Waldkirch acquired Ambrosius Froben’s Hebrew typographic material, including illustrations by Hans Holbein, and issued a variety of Hebrew titles during his c. 30 years of activity. His press was active until 1612. 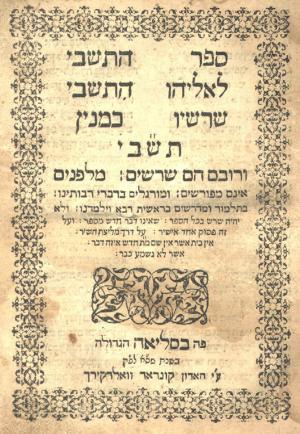 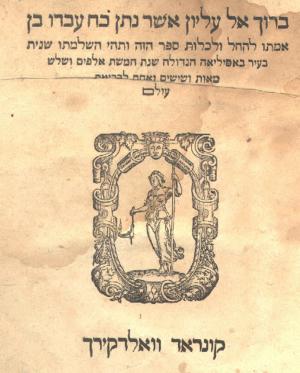