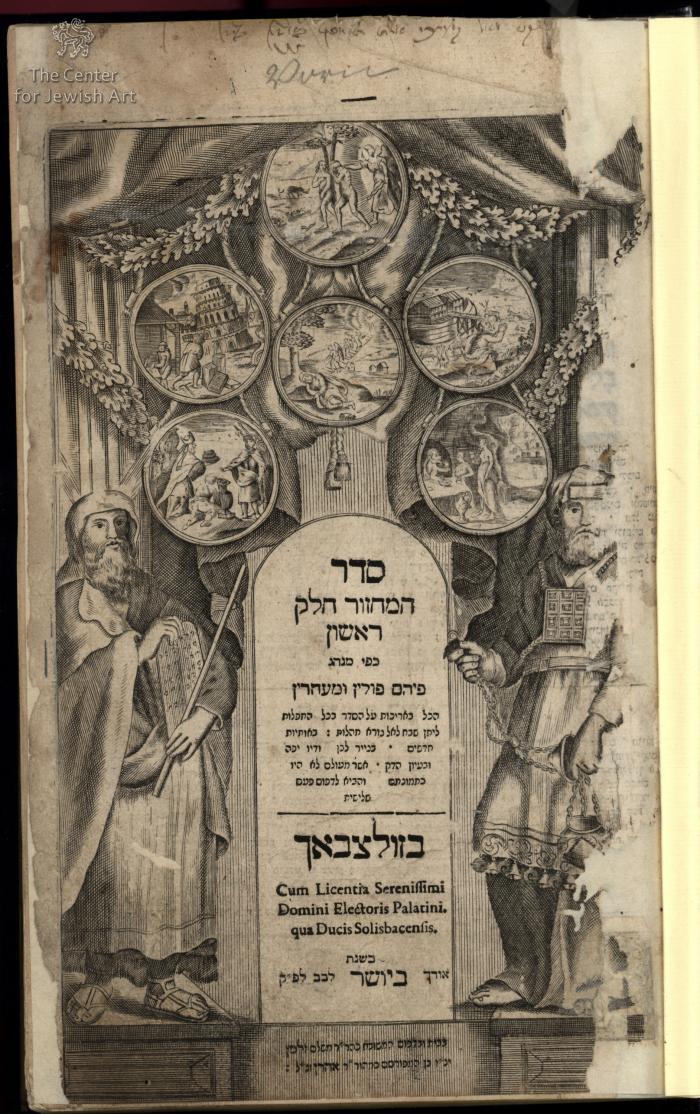 This large volume is a Machzor with Hebrew commentary. The illustrated title page is modeled on that of the Amsterdam Haggadah. Inside are also woodcuts of the Zodiac and the labor of the month. The title page was used several times for different editions of the Machzor printed in Sulzbach.
One of a series of Machzorim printed in Sulzbach by Meshulam Zalman Frankl (for an earlier edition, see B.639). In this edition the title page is modeled after that of the Amsterdam Haggadah. The text contains extensive commentary in Hebrew. This, in contrast to an earlier edition in the series, printed in 1735 with abbreviated commentary in Yiddish, and likely intended for a less educated audience.
Both Machzorim contain identical woodcuts representing the months of the year and the signs of the zodiac. 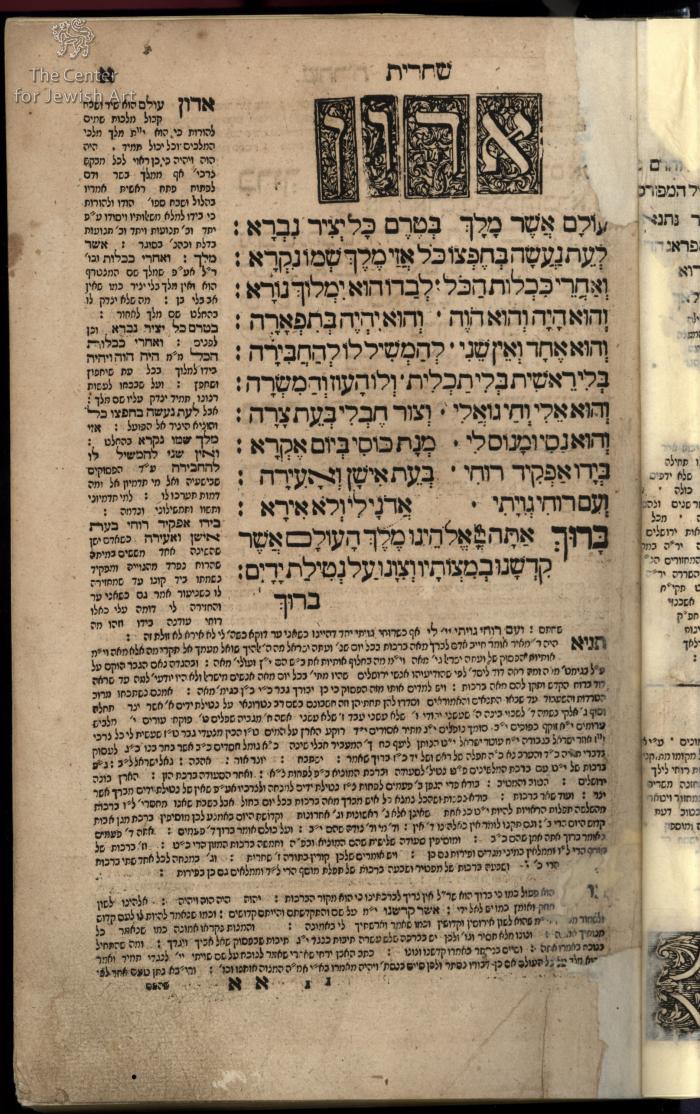 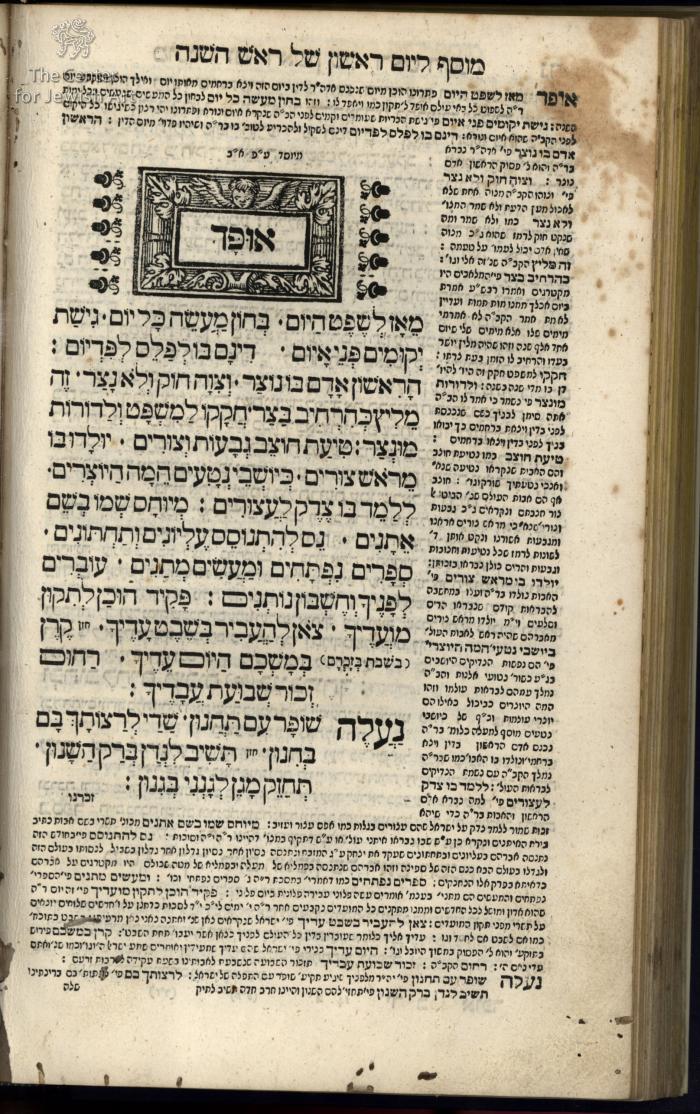 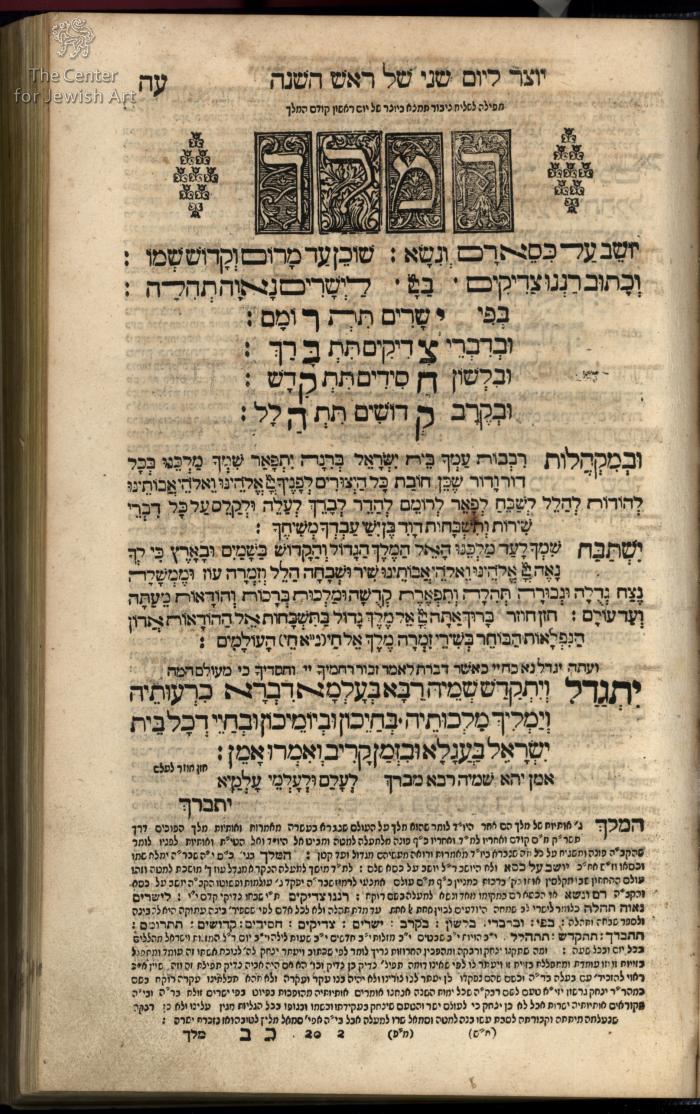 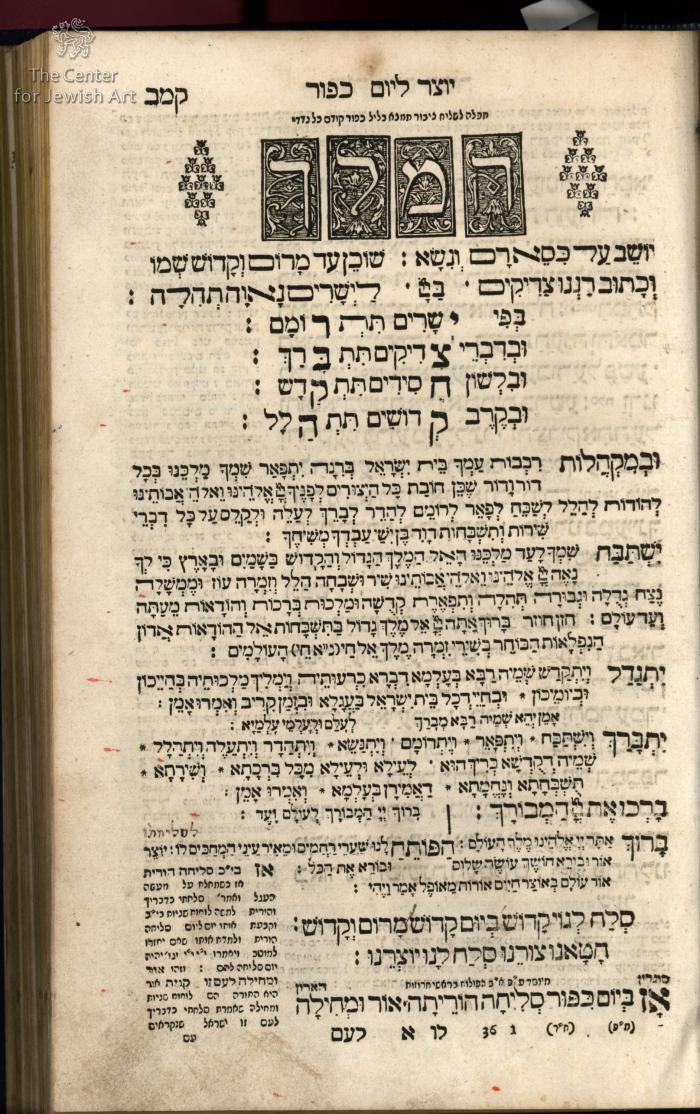 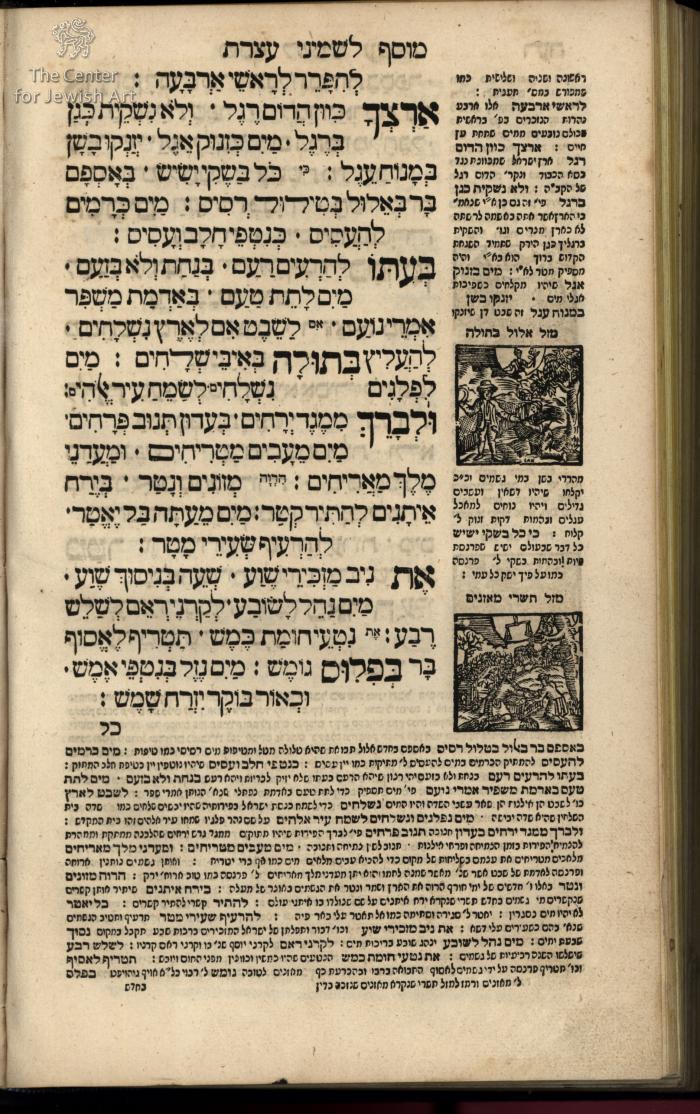 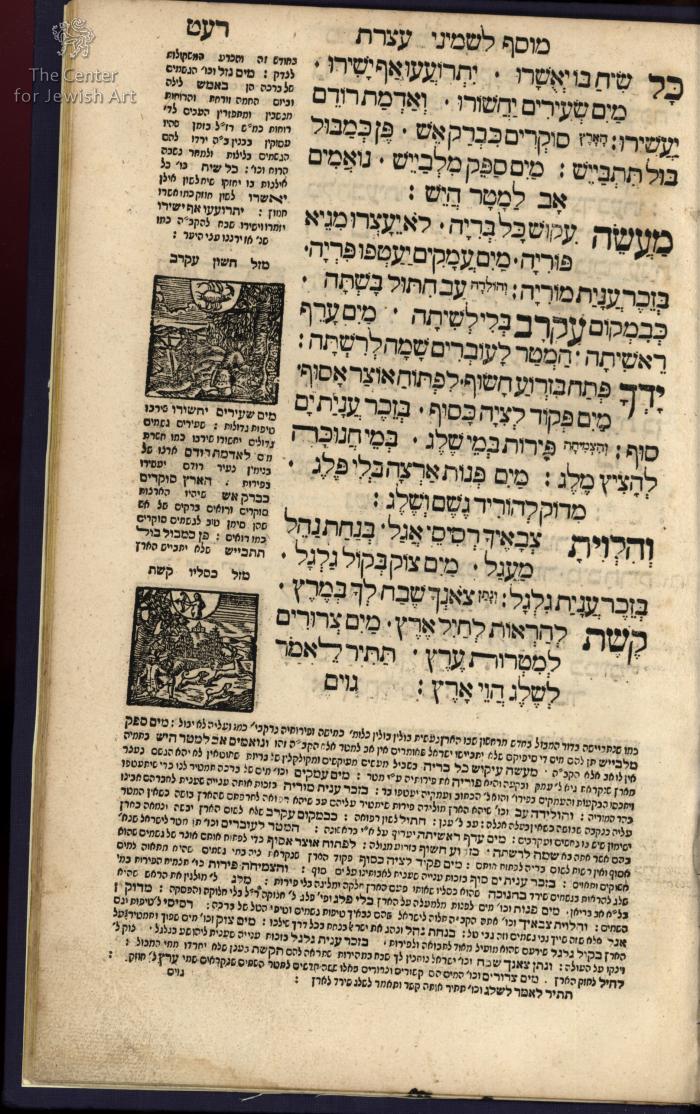