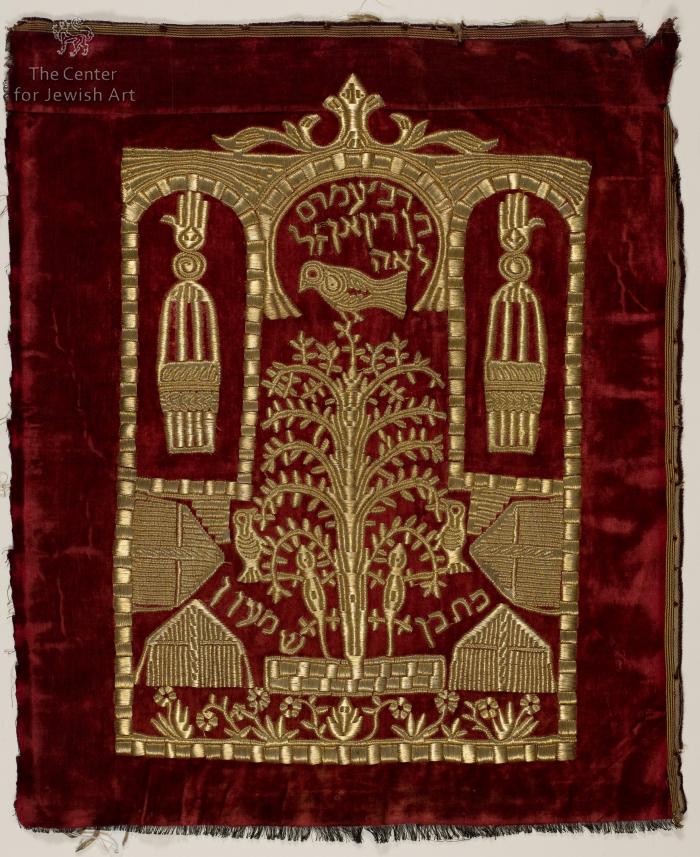 A beautiful textile decoration for the tomb of Amram ben Diwan. This was probably made by the woman whose name, Leah bat Ben Shimon, is embroidered on the cloth for dedication to the tomb of Amram ben Diwan.  It was probably brought and dedicated during the Hilulah, or pilgrimage, to his tomb in the spring. The tomb is in Ouezzan and is surrounded by a very large walled area containing facilities for the stay of hundreds of visitors during the pilgrimage time. This is a very fine example of the gold thread embroidery practiced by Moroccan Jews. The imagery contains a large tree of life, two lizards, and three birds for luck, and the images of two memorial lights hanging from hamsa hangers, just as such objects are used in the synagogue. The textile is most probably from Fez,  because of the color of the cloth, the technique of the work, and the name of the family. 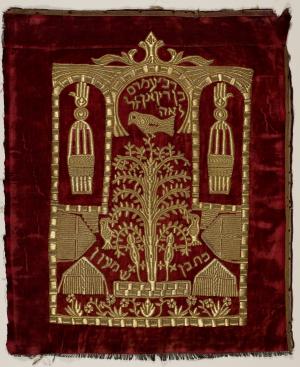