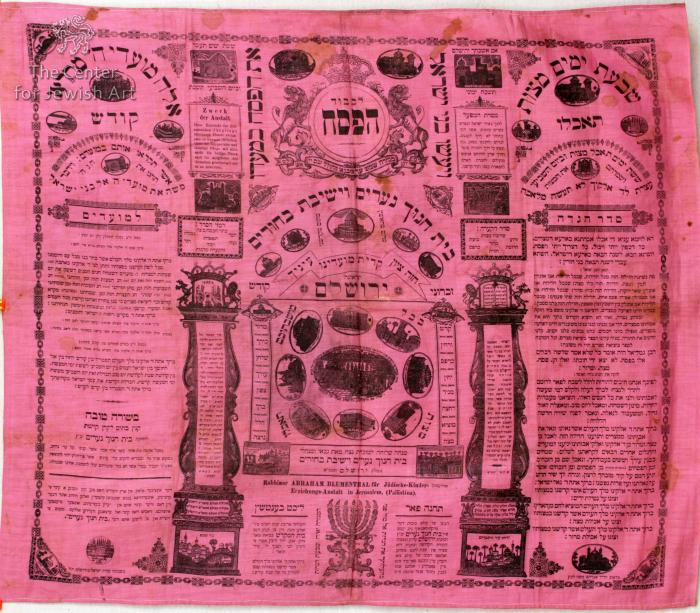 Such printed textiles were made as souvenirs, as gifts from Jerusalem institutions for their supporters abroad, and directly as ritual items. Such clothes are to be found in virtually every country in which Jews reside, having been sent there by institutions or purchased as souvenirs. The iconographic scheme usually centered around images of the Holy Sites with other Jewish symbols. The textiles were printed on a variety of fabrics ranging from simple cotton to silk. They were usually textiles either for the Pesach Seder table or for use on Shabbat and Holidays as challah covers with the appropriate prayers of the Kiddush of that event. The earliest examples, yet from the 19th century, were produced by the famous printers of that period in Jerusalem.

This example is printed on a piece of pink-colored cotton fabric and is of larger size than most such clothes. It was printed in the workshop of Avraham Luncz, a major figure in late 19th century Jerusalem affairs. 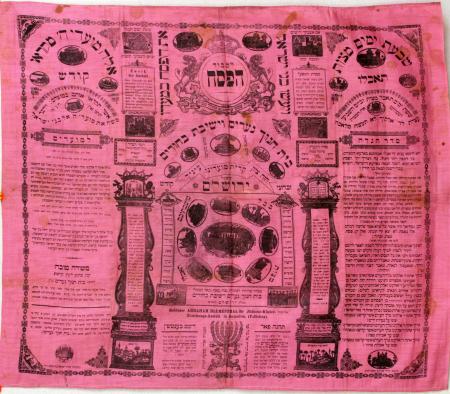 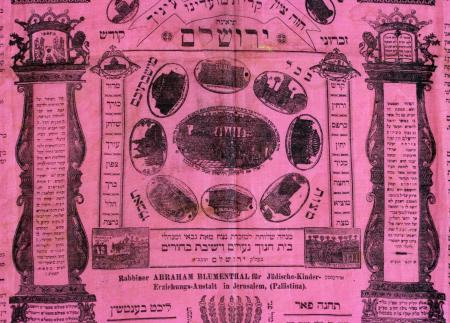 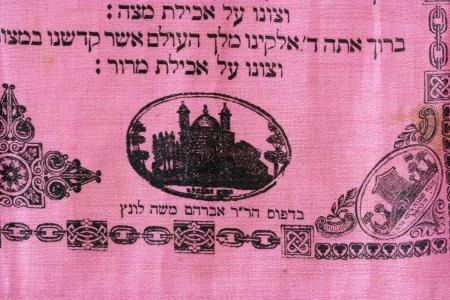