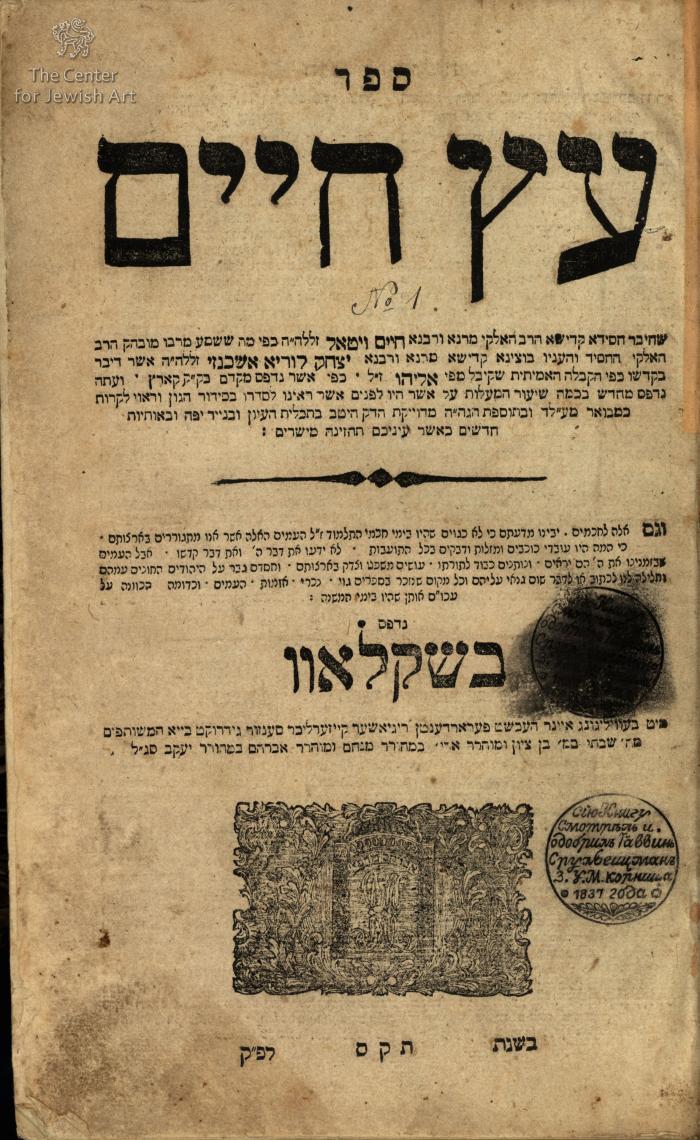 An exposition of Lurianic Kabbalah by R. Hayyim Ben Joseph Vital (1542–1620), one of the greatest kabbalists, and the leading disciple of R. Isaac Ben Solomon Luria Ashkenazi (1534–1572, ha-Ari). Vital was born in Safed and studied in yeshivot there, especially under R. Moses Alshekh, his teacher in exoteric subjects. In 1564 he began to study Kabbalah, at first according to the system R. Moses Cordovero, and, later after R. Isaac Luria’s (Ari) arrival in Safed, under the latter, becoming the Ari’s principal disciple. After the Ari’s deat, R. Vital began to arrange the Ari’s teachings in written form, elaborating on them according to his own understanding, becoming the primary transmitter of the Ari’s teachings. R. Vital later moved to Jerusalem, serving as rabbi and head of a yeshivah from late 1577 to late 1585, where he wrote the last version of his presentation of the Lurianic system. In 1586 he returned to Safed, remaining there until 1592. In 1590 R. Vital was “ordained” as rabbi by his teacher R. Moses Alshekh, and then returned to Jerusalem in 1593 remaining several years, occasionally returning to Safed. His last move was to Damascus where he died. R. Vital was a prolific writer, his works encompassing Talmud, response, homilies, and even astronomy. R. Vital assembled his major writings into two vast works Ez ha-Hayyim and Ez ha-Da’at. The former is the inclusive name for all those writings in which he elaborated on the teaching of R. Isaac Luria. These works went through several versions and adaptations, for Vital began to arrange what he had heard from Luria immediately after his death, remained absorbed in this task for more than 20 years.
Ez Hayyim (Tree of Life) is a collection of the teachings of Rabbi Yitzhak Luria by his disciple Hayyim Vital. It is the primary interpretation and synthesis of Lurianic Kabbalah. It consists of the primary introduction to the remainder of the Lurianic system. The Shemona She'arim was arranged by Shemuel Vital, the son of Hayyim Vital. Ez Hayyim is the only work published within Hayyim Vital's lifetime, the rest of his writings were buried with him in an unedited form. Supposedly Shemuel Vital had a dream that he was to exhume his father's grave and remove certain writings leaving the others buried. Shemuel Vital went on then to redact and publish the works as the Eight Gates which are then, at times subdivided into other works. Sephardi Kabbalists endeavour to study all eight gates.
The book was one of the first to be issued from the joint press of Shabbetai b. Bentzion, Aryeh b. Menachem and Avraham b. Ya'akov Segal, which was active in Shklov between 1800-1808. Their mark is a dense foliate frame with the monogram S[habbetai] M[enachem] L[eib = Aryeh]; the third printer is acknowledged in the inscription above the monogram: Avraham Madpi[s]. According to Ya'ari (no.169), Avraham Segal likely joined the first two partners after the monogram was already designed; his name thus appears separately, having been added later.
The town of Shklov was an important center of Jewish learning. Jews first received a charter to settle in Shklov in 1668. In the late seventeenth and eighteenth centuries, Shklov became an important commercial center, where, in the words of a visiting diplomat in 1699, Jews were “the richest and most influential class of people in the city.”
The golden era of the Shklov Jewish community was the period between its annexation by Russia in 1772 and the Napoleonic war of 1812, when it was a thriving economic and cultural center. A yeshiva was established there by Binyamin Rivlin (1728–1812), a close disciple and associate of the Gaon of Vilna who trained a generation of scholars that followed the Gaon’s teachings, including Menaḥem Mendel ben Barukh Bendet of Shklov, who prepared many of the Gaon’s writings for publication. In early 1772 Shklov was the first community in Eastern Europe to pronounce the followers of Hasidism heretics, and Rivlin was the driving force behind the enactments against Hasidim issued by the Va‘ad Medinat Rusiya in Shklov in 1787.The town became a center of the Haskalah movement.
During this period, between 1783 and 1835, several Hebrew printing presses operated in Shklov, making it the largest center during this period of Hebrew printing in Eastern Europe. Some 200 books were published there.
In 1808–1809, Menaḥem Mendel and Yisra’el ben Shemu’el of Shklov organized the migration of several hundred Jews, including scholars and merchants, from Shklov to the Land of Israel. There they established the first non-Hasidic Ashkenazic communities in Palestine, in Safed and Jerusalem. After their departure, the influence of Lubavitch Hasidism grew in Shklov, and a number of Hasidic and Lubavitch books were issued from the town. 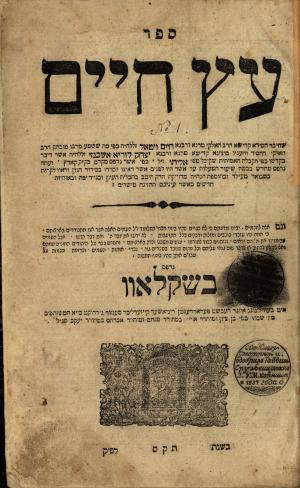 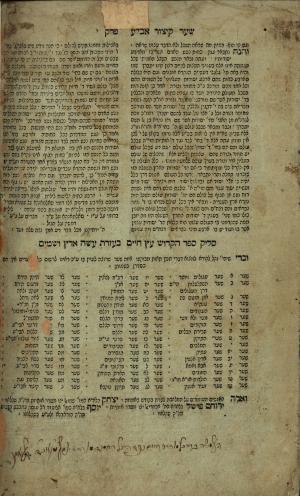