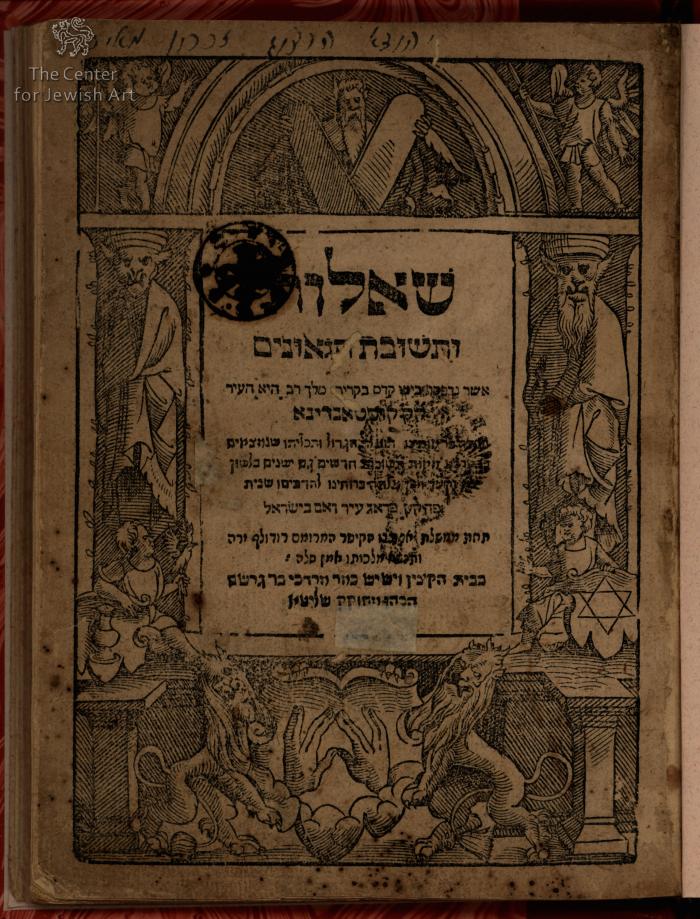 A volume containing 400 responsa from the geonim, heads of the talmudic academies, in the period after the redaction of the Talmud. The geonim, the undisputed halkhic authorities of the time, received many thousands of inquiries from throughout the Jewish world encompassing all aspects of Jewish life and learning. The collection was originally printed in Constantinople, 1575.
The beautifully-illustrated Pague title page is laden with images and symbols. At the top is depicted Moses with the tablets of the Law, flanked by cherubim. Moses is presented, however, with an animal-like visage. So too are the two bearded figures that appear on the sides. Below these figures are two seated young boys, one holding a bird and one holding a shield on which is shown the Star of David, a very early use of the Magen David as a Jewish symbol. It is in the Prague Jewish community that we find some of the earliest uses of this symbol. At the bottom of the page is the printer’s mark of the Cohen family of Prague, depicting the hands of the Cohanim in a cartouche, supported by two rampant lions. The same frame is used in an (apparently) unfinished Machzor printed by the descendants of the printer, the Grandsons of Moshe Katz, exactly 100 years later (see GFC B.549, 1690).
In 1527, R. Gershom b. Solomon ha-Cohen (Katz) applied for and received a royal privilege from King Ferdinand of Bohemia, allowing him to enjoy a monopoly on Hebrew printing in Prague. His descendants, known as the Gersonides, continued to print in Prague until the mide-seventeenth century. By 1570 the press was headed by R. Gershom's son, Mordechai b. Gershom, and Mordechai's brothers, Solomon, Moses and Judah. Over the next two decades, the brothers printed a variety of titles, until the press was passed into the hands of the next generation of Gersonides. Their eventually merged with that of the descendants of the Prague printer Jacob Bak, as the firm of Bak and Katz.
This edition was printed at the press of Mordechai b. Gershom. 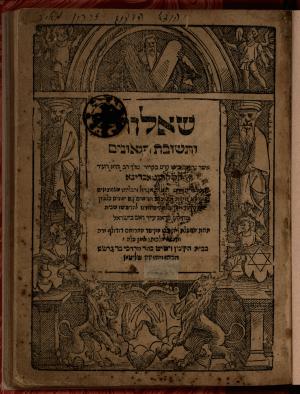 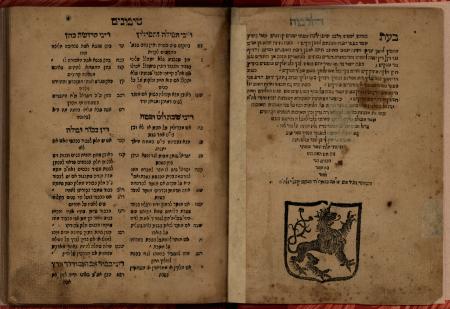 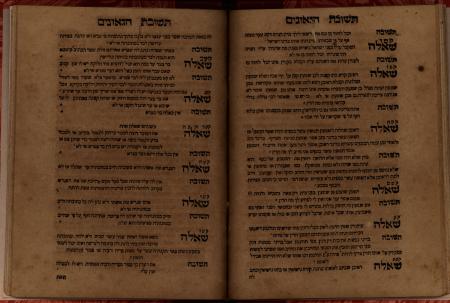