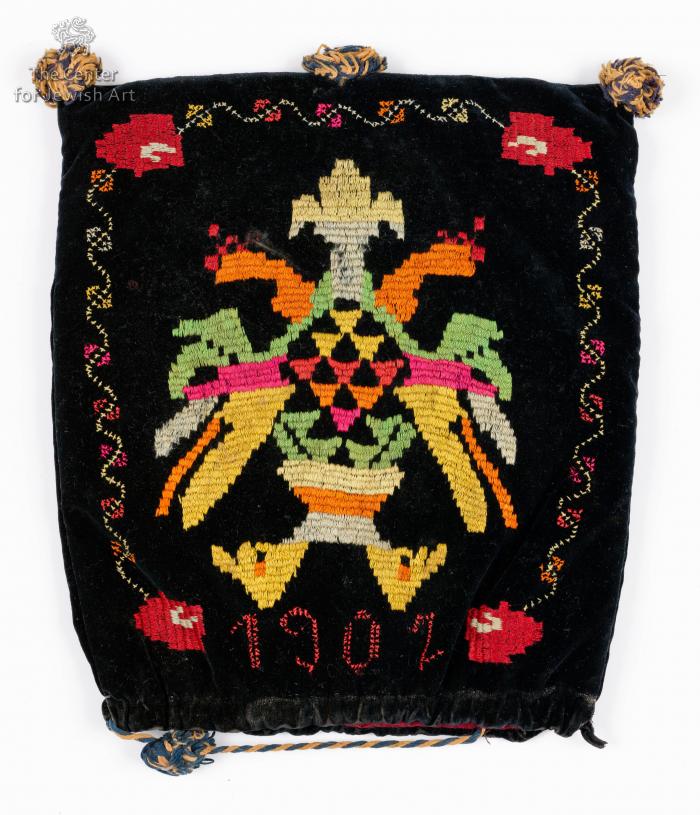 The Jewish male would usually carry his Tallit and Tefilin to the synagogue in fabric bags specifically made for this purpose. It was a common practice for a wife or betrothed to make for her partner such cloth containers, often embroidered. This object is just such a gift that was made by my Grandmother for my Grandfather in Bessarabia 100 years ago. On one side are embroidered flowers and the name of my mother's father, Leib Millman. On the other side is embroidered an imperial double-headed eagle, the symbol of both the Austro-Hungarian Empire and the Russian Empire, and the year 1907 that this bag was created. This symbol is found on a fair number of Judaica objects and has been assigned a Jewish Messianic significance. My Grandparents immigrated to the United States in 1912, settling in Sioux Falls, South Dakota, where there was a very small Jewish community.

Such objects are often found in families if they are saved.  In Chicago, a similar piece was brought to me for evaluation. When the owner asked what to do with it, as her children were uninterested, I told her to consider donating it to the Spertus Museum. 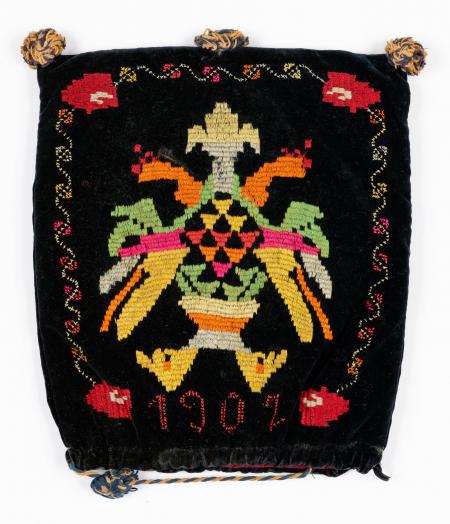 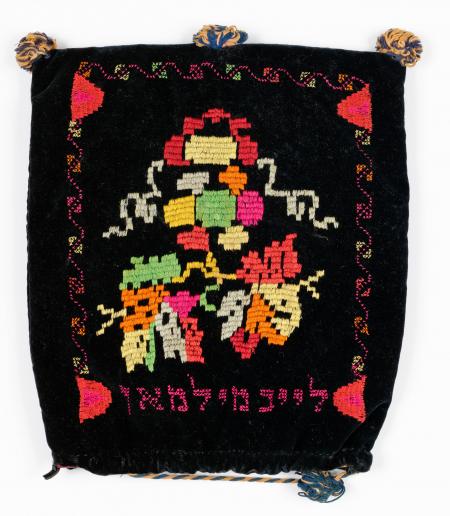