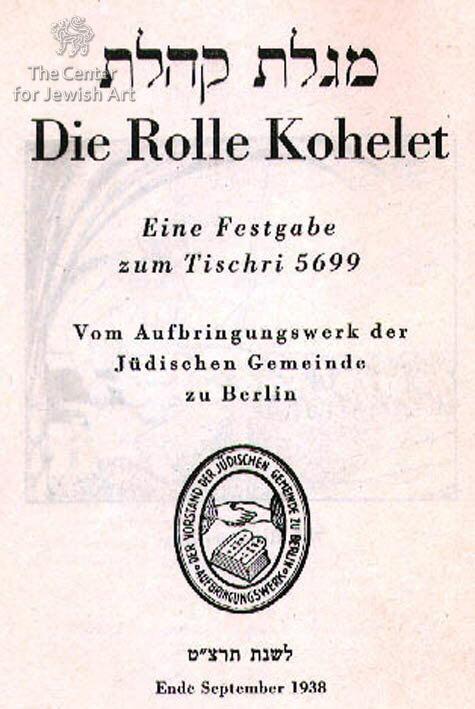 There were relatively few books published for the use of the Jewish Communities during the three year preceding the beginning of hostilities in September 1939 with the Nazi invasion of Poland. This book of Kohelet was published by the Jewish community for the remaining members with illustrations by Lilien. The community was still functioning during these final years of its eistence, trying to answer the needs of the rapidly dwindling population.
Megillath Kohelet - Die Rolle Kohelet. Published by Vorstand Der Jüdischen Gemeinde Zu Berlin, Berlin, 1938. Hebrew and German.The book was printed for the holiday of Succoth 1938. The text and the translation appear page facing page and some of the verses in the German translation were printed in red ink. The book is accompanied by illustrations and decoration by E.M. Lilien. On the cover appears the figure of King Solomon by Lilien.The foreword focuses on the encouragement which this book renders to the sorrowful and suffering (implying the condition of Jews under Nazi regime). 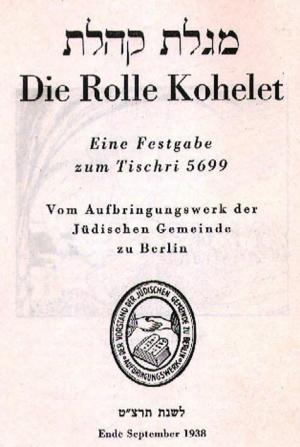 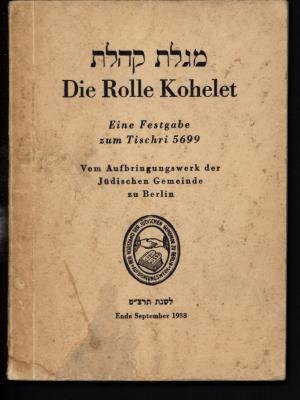 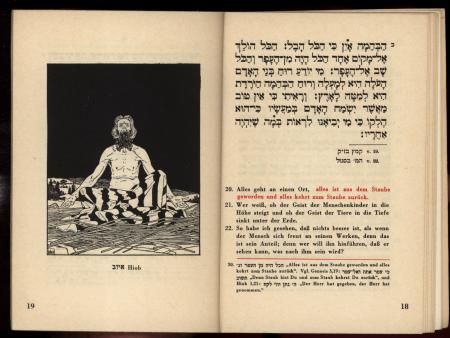 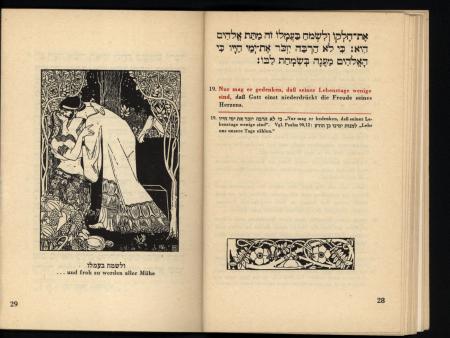 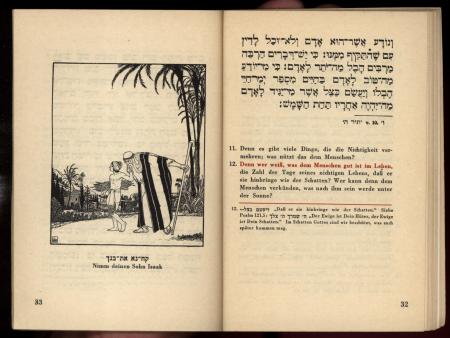 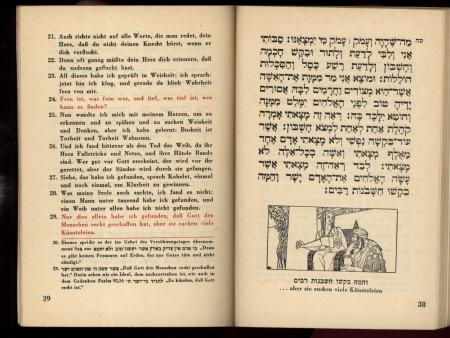 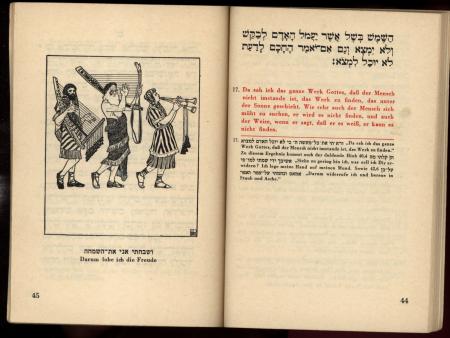 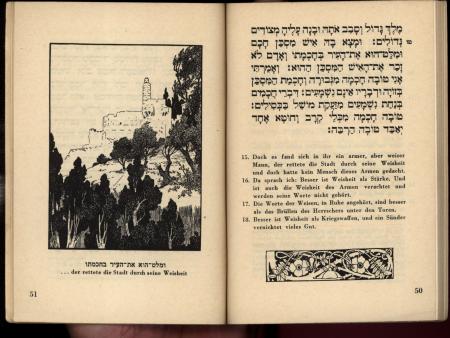