This is the first edition of Raziel HaMalach, edited and printed from manuscripts. "This book was given to Adam HaRishon by the Angel Raziel". Kabbalah and segulot. Amsterdam, 1701. Printed by Moshe Mendes Coutinho. First edition. Many Kabbalistic illustrations. This book is the source of many known segulot; for strengthening memory, amulet for protection of a woman giving birth. Possessing this book is a verified Segulah for protection from disaster and fire as written on the title page of this book: "Excellent segulah for wise and clever children and for success and blessing and to extinguish fires and to keep away any demon and harm from your dwelling. Anyone who possesses this book concealed with his silver and gold will be speedily saved when in trouble. All Torah-observant Jews will testify to this". Some say that it is a segulah for childless couples and for women experiencing difficult labor.
An anonymous collection of cosmological and magical works from the ancient and medieval periods, Raziel ha-Malach is considered the basic book for amulets and practical Kabbalah.
According to tradition, the book was revealed to Adam by the angel Raziel. As related in the first section, Sefer ha-Malbush, soon after Adam was exiled from Eden, he prayed to God with remorse. Consequently, the angel Raziel appeared in order to console him. The angel stated he would impart the wisdom of the Book of Raziel and with the knowledge gained, Adam’s descendants would be equipped to foretell their future. An intricate formula with complex instructions follows, indicating preliminary actions to be performed prior to studying the text.
Critical historians, however, attribute the work to the medieval period, most probably originating among the Chassidei Ashkenaz (citations from it begin to appear only in the 13th century). Sections of it, however, are undoubtedly much older, and the title itself is mentioned in another magical work of late antiquity, The Sword of Moses. The medieval version was likely compiled by Eleazer of Worms (parts of whose work appear in the book), as Sefer Galei Razia. That work then evolved into what we have now as Sefer Raziel ha-Malach, which includes additional writings by people of various theological opinions.
The book draws heavily on Sefer Yetzirah and Sefer Ha-Razim. There are multiple manuscript versions, containing up to seven tractates. The printed version of Sefer Raziel is divided into five books, some of it in the form of a mystical Midrash on Creation. It features an elaborate angelology, magical uses of the zodiac, gematria, names of God, protective spells, and a method of writing magical healing amulets.
This first-edition copy of Sefer Raziel was issued in Amsterdam, 1701. The volume basically determined the texts and diagrammatic representation of many basic amulets from this time onward. A second edition was not published until more than 90 years later, but from that period onward numerous editions were issued from the Hebrew presses of Eastern Europe. The book continues to be printed to this day, and is believed to protect the premises in which it is kept from fire and other dangers.
The text is illustrated with kabbalistic charts and pictures, including one of an amulet to be worn by pregnant women.
The book's publisher, Moses b. Abraham Mendes Coutinho, was from a noted familyof Sephardic Jews, whose members settled following their escape from Portugal, inter alia, in Hamburg, Brazil and the West Indies. In 1697, Moses Coutinho purchased from David Tartas the latter's printing equipment and three privilieges. It is now known where he learned the printing trade, as he is not listed by name on any work printed in Amsterdam earlier. He printed his first two works in 1699. In 1704 he was admitted to the Amsterdam Guild of Booksellers, Printers and Bookbinders. His press operated until 1711. He printed some 40 works throughout his career, including 35 in Hebrew. 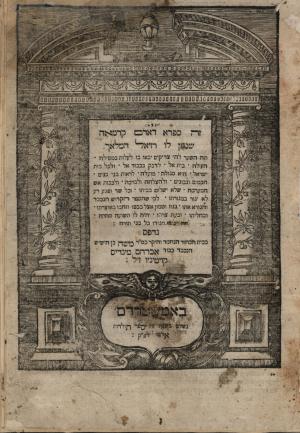 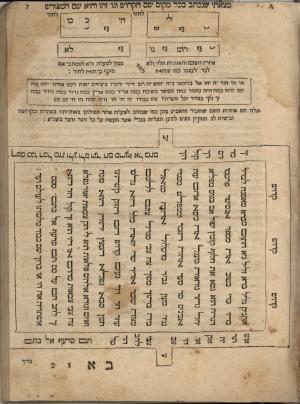 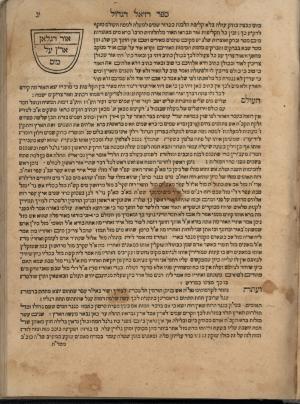 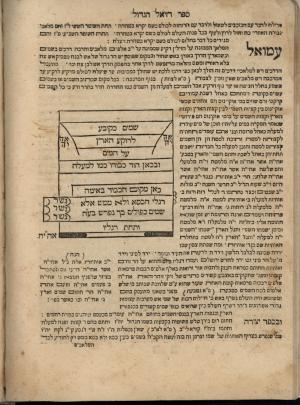 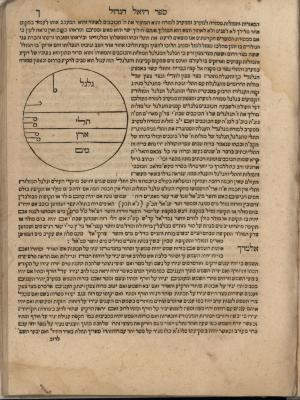 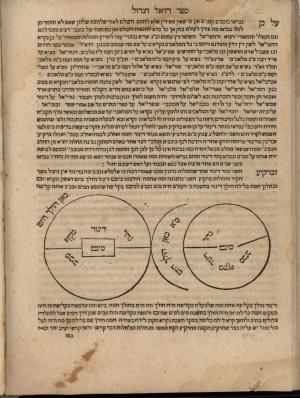 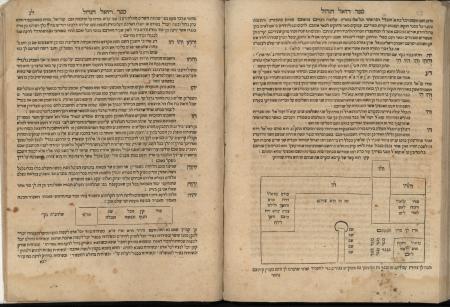 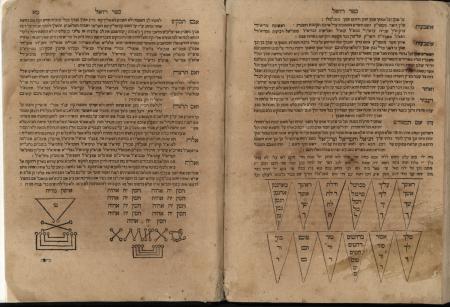 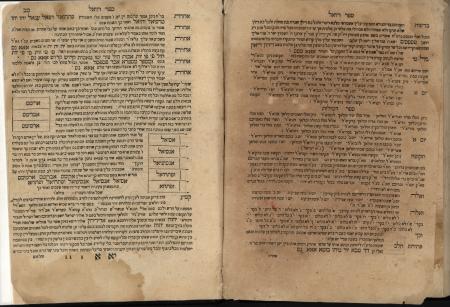 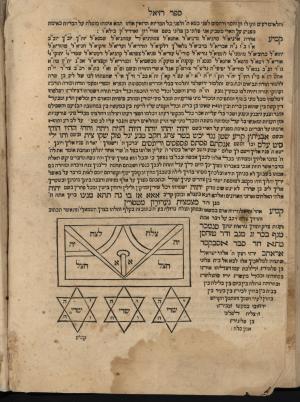 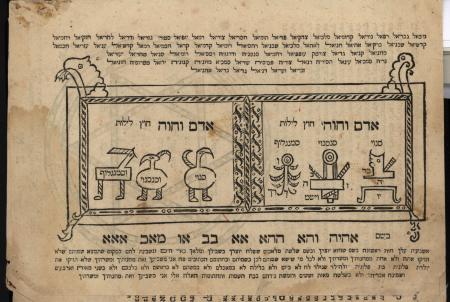 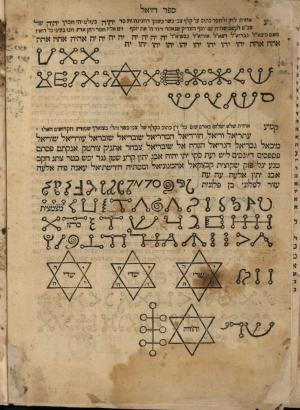