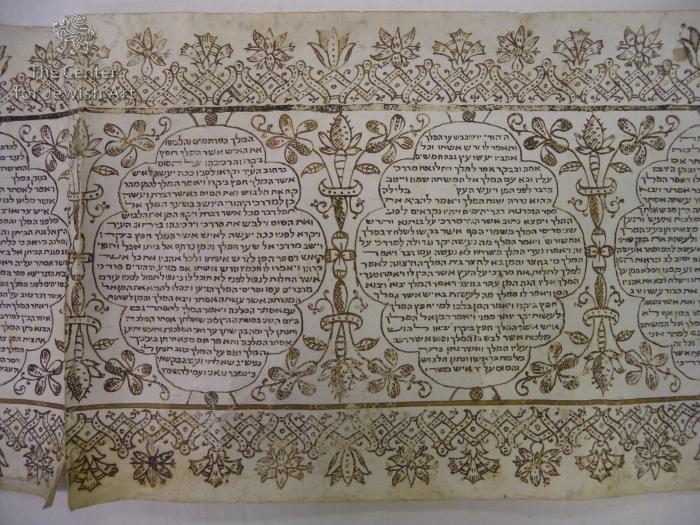 The Hebrew text of the Book of Esther is written in polylobed text panels formed of ten semicircles each. Such text panels can be rarely found in decorated megillot Esther. The spaces between them are filled with floral decorations. The upper and lower margins are separated from the rest of the decorations with a bold line. Both margins are filled with the same repeating pattern of flowers and ornament. All motifs in the scroll are executed solely in brown ink. 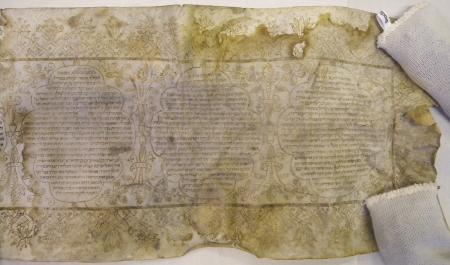 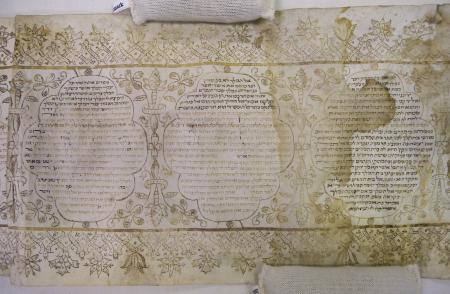 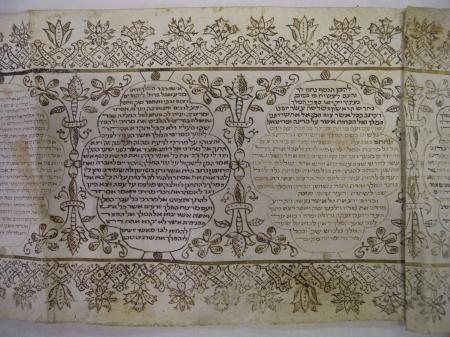 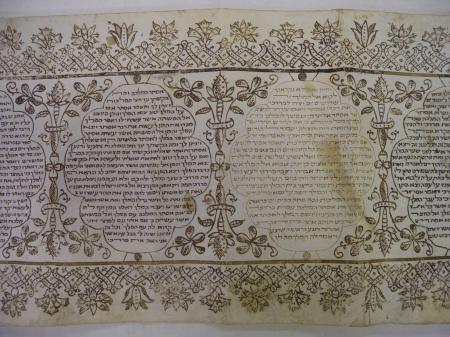 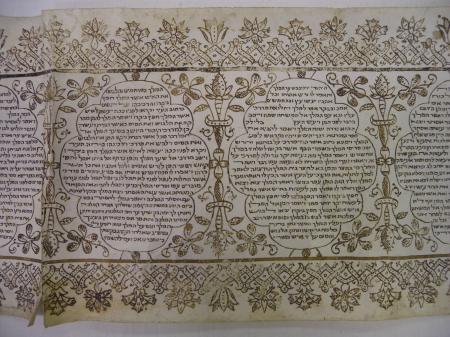 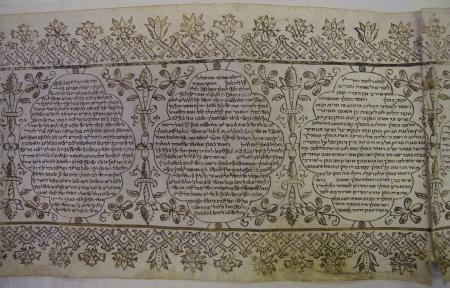 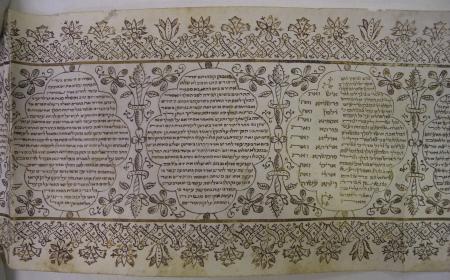 The state of preservation of the manuscript is quite varied. Half of the first membrane is preserved very poorly; the ink is flaked off, there are some water or moisture damages, and the text is barely visible. Also, the fourth membrane is rather damaged. The rest of the scroll is in good condition.

Every panel contains a single text "column", except for the 16th with two "columns".

The text is inscribed in Hebrew Italian square script, in brown ink of different shades, on the flesh side of the thick, stiff parchment membranes. It seems originally both sides of the membranes were similar.

The letter ח (Es. 1:6) is barely visible. The letter ת (Es. 9:29) is slightly bolded and larger than an average letter in the scroll. Other enlarged and diminished letters are included in "col." 17.

It seems that in some places, over the original text a second layer of the ink was placed; this may explain differences in the shades of the ink. At the same time, in many places, the shade of ink in which the text was copied is identical to the shade of ink in which decorations were executed, which this may suggest that both - the text and decorations - were done by the same person.