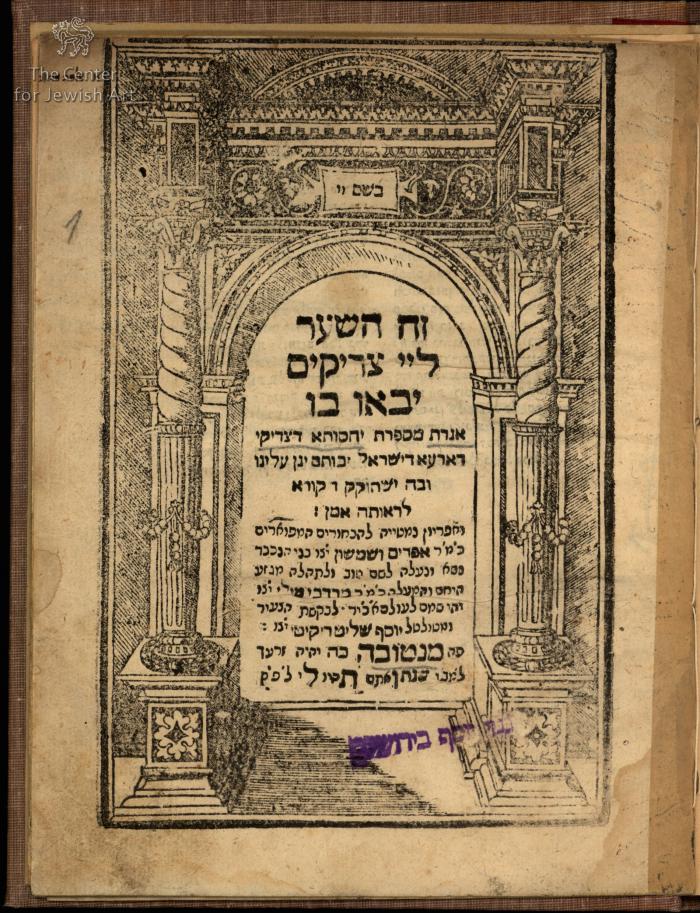 A highly unusual Holy Land itinerary for Diaspora Jews, written by Gershon ben Asherin the 16th century and printed in Mantua in 1561 under the name "Sefer Yichus ha-Tzdikim: ha-Nikvarim ba-Eretz Israel uve-Yerushalayim. This volume was edited in a new edition by R. Joseph Shallit ben Eliezer Richietti (17th C). The volume details the location of numerous holy places and graves of the righteous. Such travel itineraries were not common among Hebrew books.The source book from 1561 is exceedingly rare.
An introduction on the verso of the title page discusses the poverty and difficult conditions of the poor of Jerusalem and how the holy places have been forgotten. The facing page has a prayer to be recited at the graves of the righteous.
This edition is based on the 1640 Venice edition, with some minor modifications. Its text is also almost identical to that of a Venetian broadside of 1647/48 (see GFC 105.011.045), which similarly details the route to be travelled by Jewish pilgrims in the Holy Land.
Architectural woodcut title page showing arched gateway, often used in Mantua Hebrew printing.
Joseph Shalit ben Eliezer Riqueti (Richetti) was a Jewish-Italian scholar born at Safed, and who lived in the second half of the 17th century at Verona, where he directed a Talmudical school. He was the author of Ḥokmat ha-Mishkan or Iggeret Meleket ha-Mishkan (Mantua, 1676), on the construction of the First Temple. He also published a map of Palestine which Zunz supposes to have been prepared as one of the illustrations of a Passover Haggadah.
Besides his own works Joseph edited Ḥibbur Ma'asiyyot (Venice, 1646), a collection of moral tales, and Gershon ben Asher's Yiḥus ha-Ẓaddiḳim, to which he added notes of his own (Mantua, 1676). He is possibly the earliest author to mention the Midrash ha-Gadol, although it is not clear whether he was referring to the Yemenite work currently known by that title.
Editor: Yosef Shalit ben Eliezer Richetti 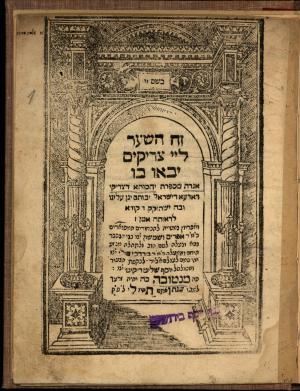 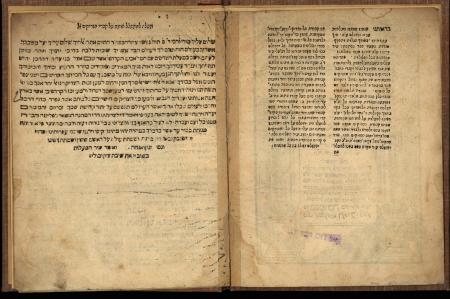 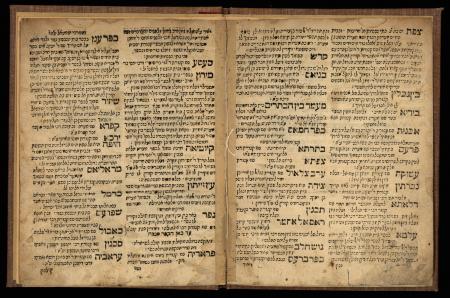 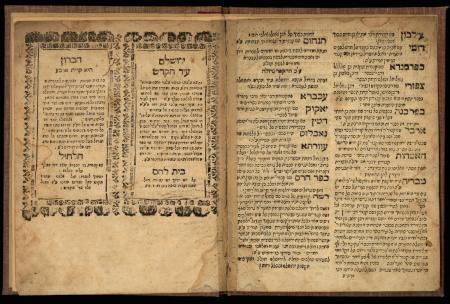