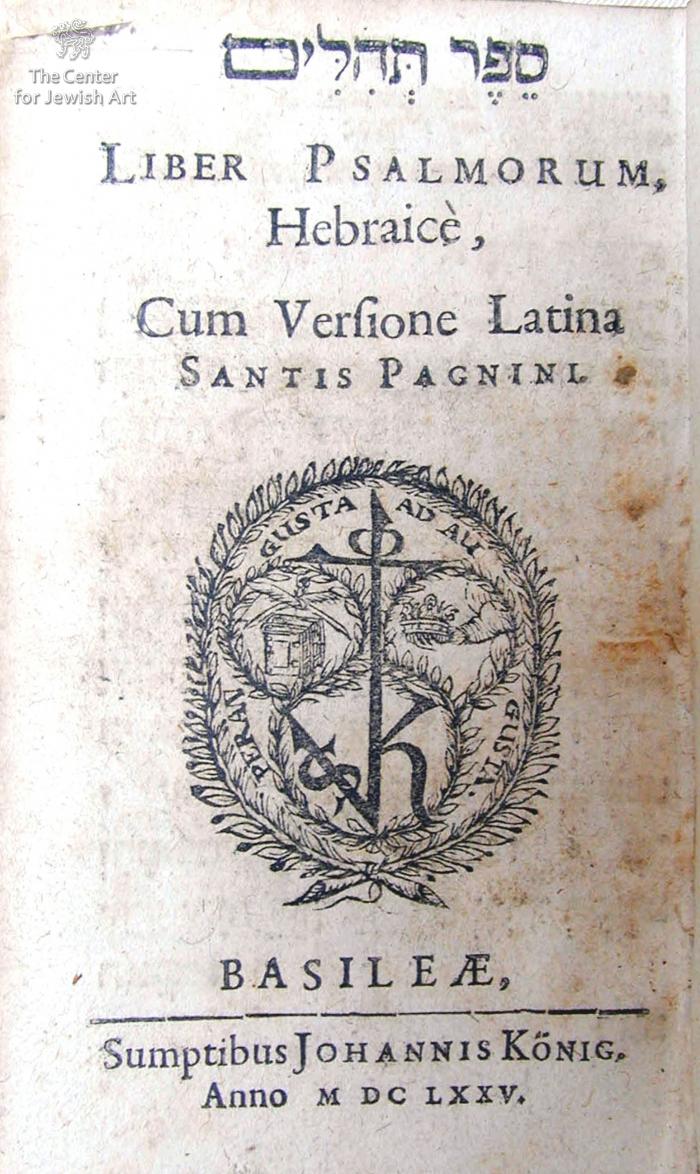 Bilingual Hebrew-Latin edition of Psalms translated into Latin by Sanes Pagnini (14701536). Panini entered the Dominican order at the age of sixteen, having joined under the influence of Savonarola, who first directed him to the study of Hebrew. His intstructor in Hebrew was the apostate Clement Abraham.
This edition has the Hebrew and Latin on facing pages. It is an exact reprint of the earlier 1648 and 1662 editions.
The book was published by the Basle printer Johannis Koenig.A significant number of works with Hebrew were issued in Basle by and for Christian-Hebraists. Many have only minimal Hebrew, and are grammatical or lexicographic books. 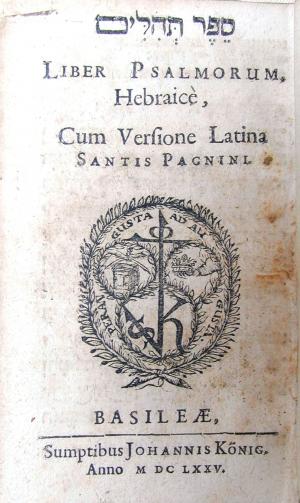