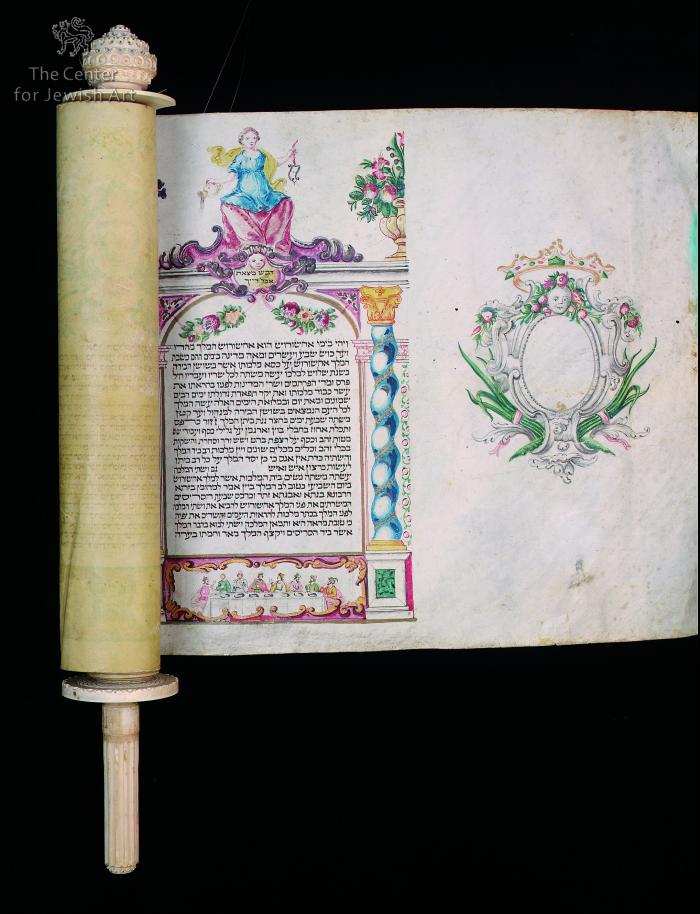 The scroll opens with a crowned cartouche with a mask and flowers; its field remained empty. The decorative program of this lavishly decorated megillah is based on an architectonic frame with a balustrade on which a variety of ornamental motifs is placed: allegorical figures, putti flanking cartouches and supporting a crown, flower-filled vases, garlands, and cartouches. Above each text panel, there are allegories (seven in total) depicted as seated women holding different attributes alternately with pairs of putti. In the text panels below the allegories, cartouches decorated with a mask and filled with Hebrew inscriptions are incorporated. Below them (inside the lunettes), there are two symmetrical garlands. The text of the biblical Book of Esther is written within arcades flanked by twisted columns. Above them, flower-filled vases are placed; they separate allegories and pairs of putti in the upper margins. The lower margins are adorned with miniatures chronicling the Purim story framed in cartouches interspaced by columns' bases.

Allegorical figures (from right to left) with the inscriptions that are related to their meaning:

A figure holding a pitcher in her right hand and a bridle in the other is the allegory of Temperance; it is inscribed with a quotation דבש מצאת אכל דייך (Proverbs 25:16) – “If you have found honey, eat enough for you”.

A figure holding a branch with flowers in her right hand

A figure holding a Torah scroll robed in a mantle in her right hand and an open book or tablets of the Law in her other hand is the allegory of Faith; it is inscribed with a quotation  () – “”.

A figure with a head slightly raised with an anchor at her feet is the allegory of Hope; it is inscribed with a quotation בטח אל יי בכל לבך (Proverbs 3:5) – “Trust in the Lord with all your heart”.

An armored figure holding a spike (?) in her right hand and a shield in her other hand is the allegory of

A figure holding a sword in her right hand and a pair of scales in the other is the allegory of Justice; it is inscribed with a quotation פלס ומאזני משפט ליי (Prov. 16:11) – “The balance and scales of justice are the Lord’s”.

A figure playing a cello with a sheet of music notation on her lap is the allegory of Music; it is inscribed with a quotation  () – “”. 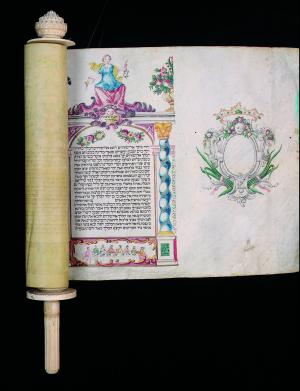 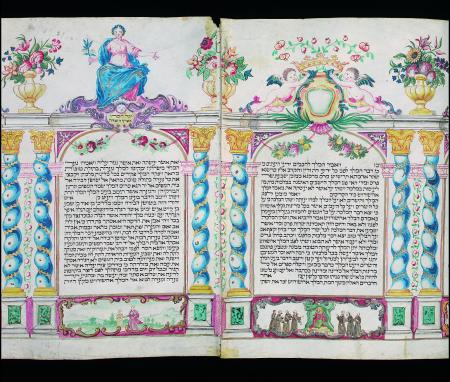 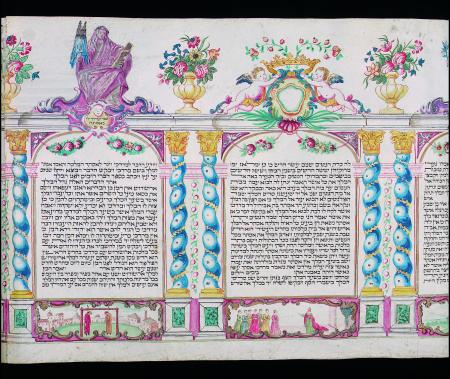 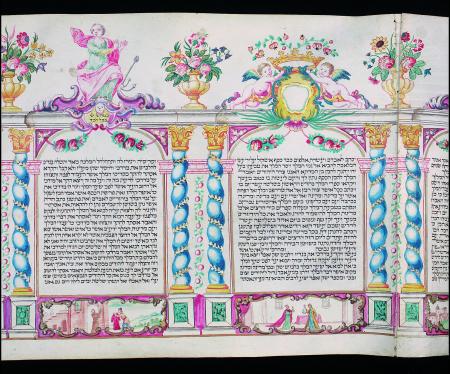 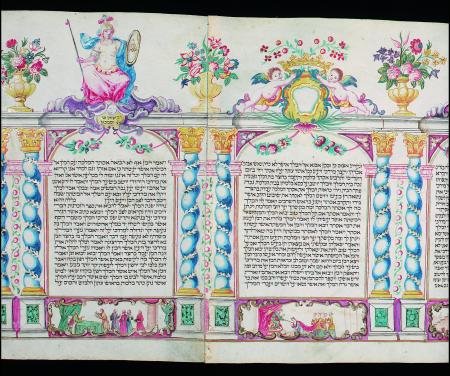 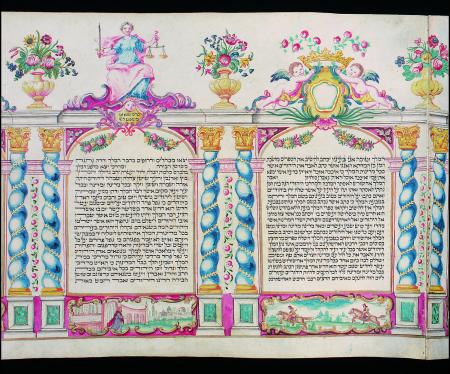 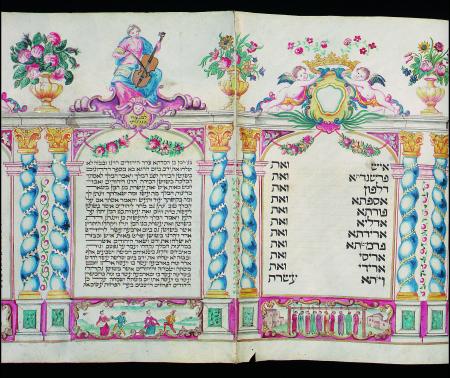 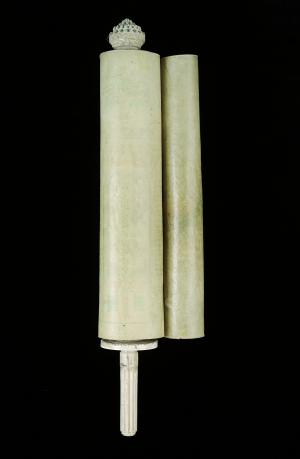