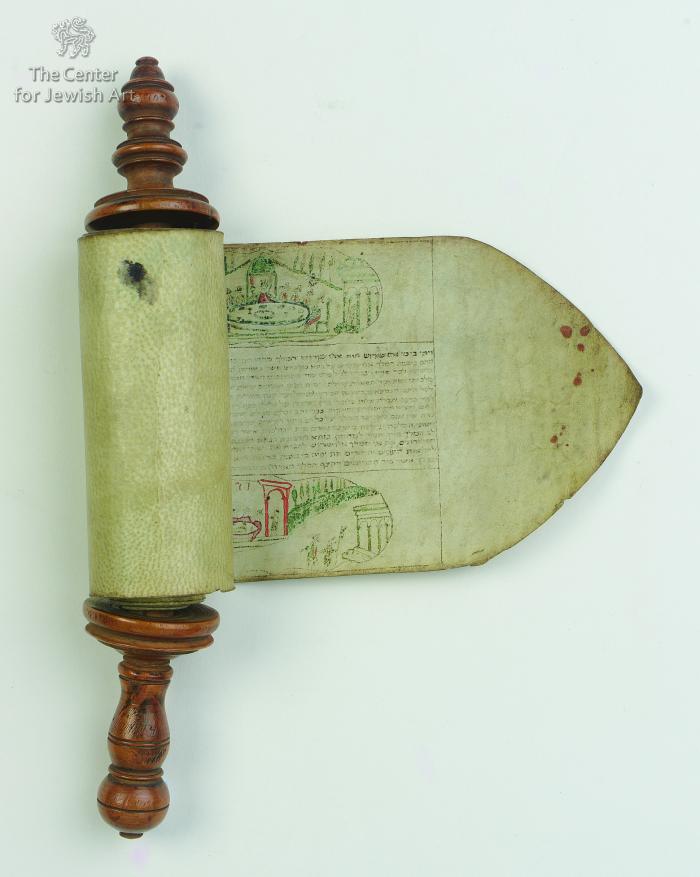 A scroll adorned solely with the narrative cycle that chronicles the Esther story supplemented with selected midrashic tales in which Italian architecture is a dominant element. The episodes are placed above and beneath the text columns (in each margin 21 of them are depicted), in half of their width. They are framed in schematically drawn cartouches; similarly, the figures of heroes are merely sketched and due to that the meaning of some episodes is difficult to decipher.

The episodes, framed in schematically drawn cartouches, are placed above and beneath the text columns, in half of their width; each margin is embellished with eighteen cartouches. The images are minute and the drawings in them, especially of the human figures, are schematic and this causes certain problems with the identification of the scenes and their meaning. It seems that the last sheet is a later addition because differs from the first three membranes of the scroll in the palette of colors, style of drawings and handwriting. 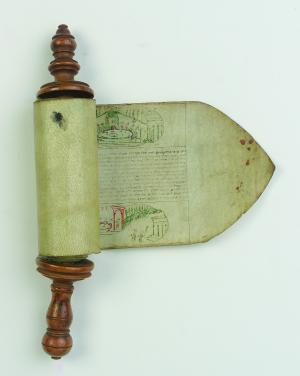 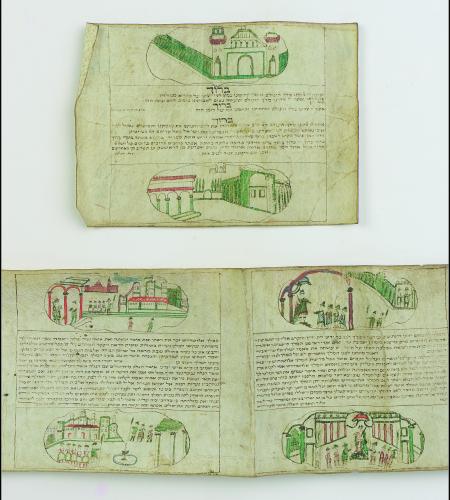 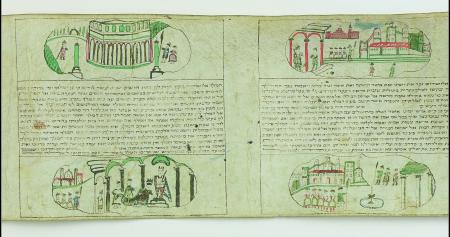 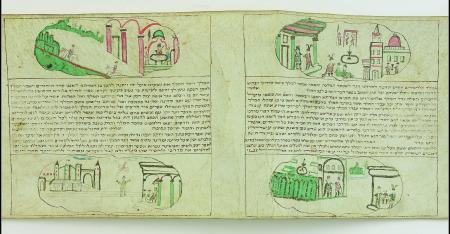 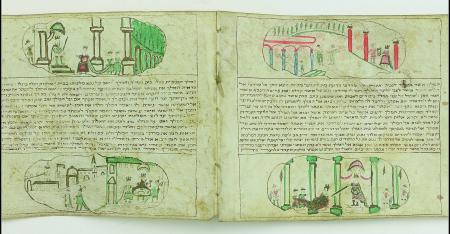 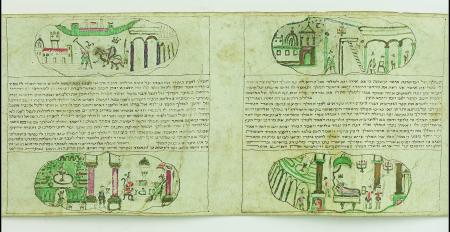 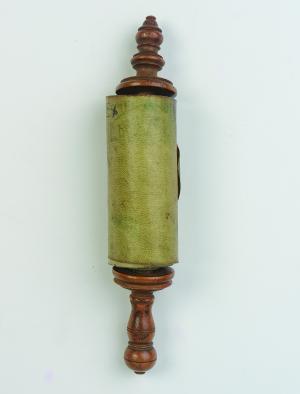