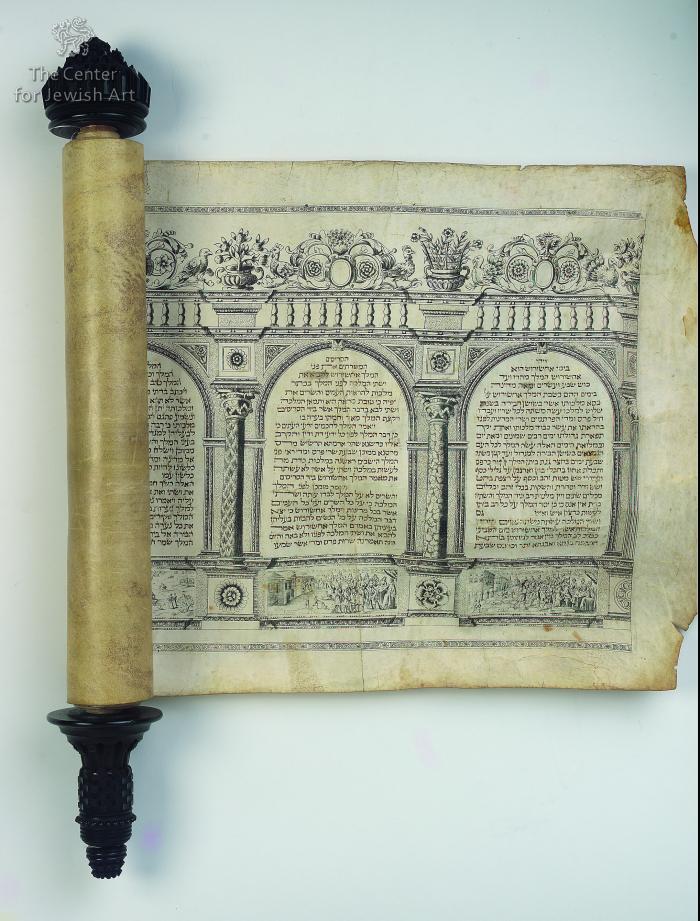 The manuscript is mounted on a wooden carved roller. 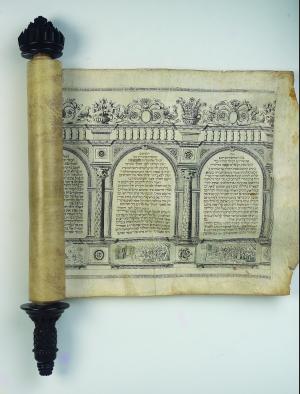 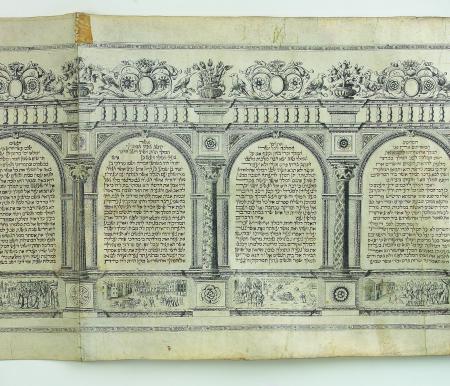 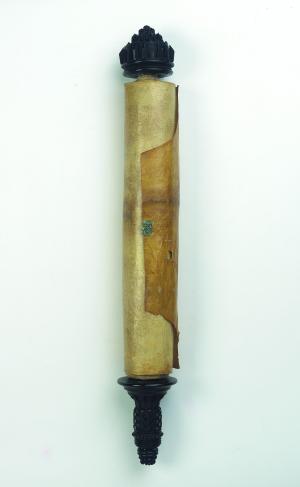 The scroll is formed of 5 sheets containing a total of 20 columns of text with 23 lines each, except for col. 17 with 11 lines divided into two half-columns. In the first line of the column, only one or two words are written.

Suggested Reconsdivuction
History/Provenance
Main Surveys & Excavations
Bibliography
No bibliography on the scroll is available but scrolls sharing the same pattern are discussed for example in: