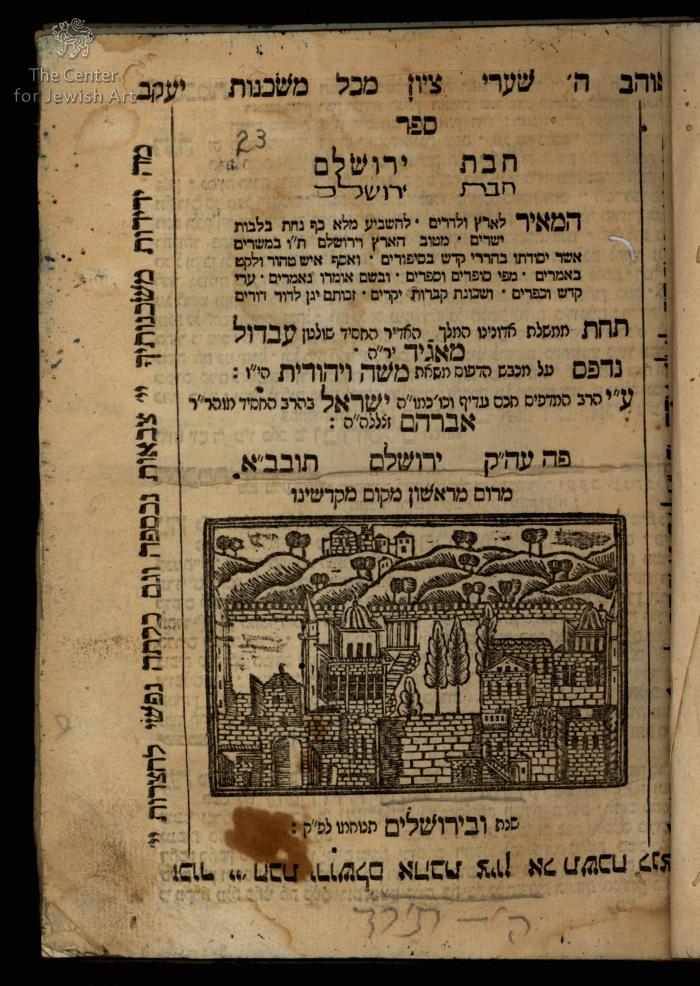 Sefer Chibat Yerushalayim, geography and history of cities of the Holy Land, holy sites and graves of tzadikim. By Rabbi Chaim HaLevi Horowitz. Jerusalem, 1804. First edition. Rabbi Yisrael Beck printing press. Illustration of houses in Jerusalem and Mount of Olives on title page.
Approbations of rabbis of Jerusalem and Rebbe Rabbi Aharon descendant of Zvi of Brod son-in-law of editor. Preface by printer, Rabbi Yisrael son of Rabbi Avraham Beck. Page preceding title page contains fine handwritten dedication to Rabbi Avraham Maragi.
A Jewish traveler’s guide to the Holy Land. The author goes beyond the present state of the sites he discusses, scouring the entire corpus of rabbinic literature, as well as earlier reports by Jewish travelers.
This first edition of Chibat Yerushalayim is one of the first Hebrew books published in Jerusalem. It was printed by Israel Bak on the new press sent to him from London by Sir Moses Montefiore.
Yisrael ben Avraham Bak was born in 1797 in Berdichev, Ukraine. In 1815, he founded a printing press in his home town and published 30 books from there until the press closed. In 1831 he made Aliyah to the Holy Land and settled in Safed. The following year Bak established a printing press, resuming Hebrew printing in that city for the first time in 245 years. His press was damaged in both the peasant revolt of 1834 and the earthquake of 1837. The final destruction came with the Druze revolt of 1838, after which Bak left Safed and went to Jerusalem. In 1841 he established a Hebrew press for the third time. His was the first Hebrew press ever in the Holy city of Jerusalem. For 33 years Bak continued to print in Jerusalem, some 130 volumes, and many single sheet publications, until his death in 1874. In addition to the importance of his printing activity, Bak was also a leader of the Chasidic community and with his son Nisan established the Tiferet Israel synagogue in Jerusalem for Chasidim. Title page with woodcut printer’s device.
[3], 60 leaves. 20.5 cm. Quality paper, good-fair condition, spotting and wear, original binding, leather spine, worn.S. HaLevi no. 23. Several forged editions of this book were printed in Koenigsberg and Blomberg. This is the first and original edition. 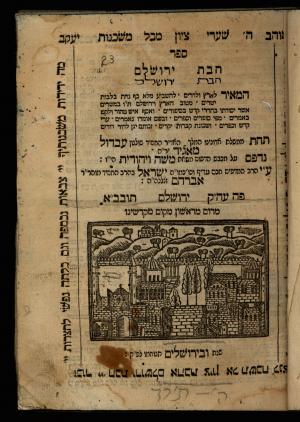 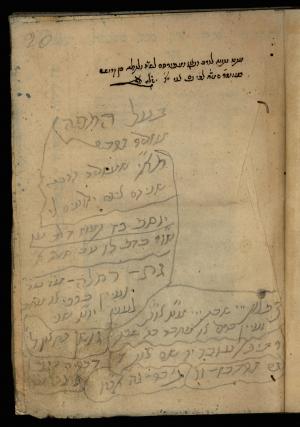 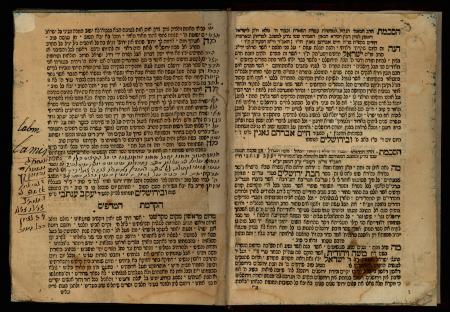