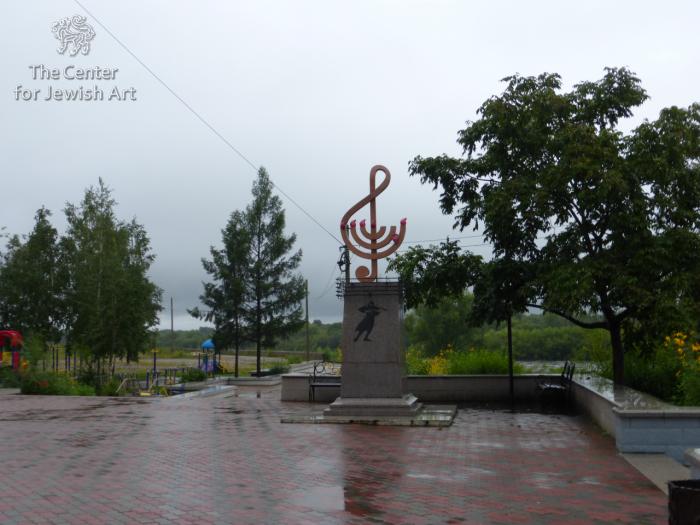 The G-clef shaped like menorah was originally placed near the Philharmonic Hall and served as a symbol of the local festival of Jewish culture. With the reconstruction of the square near the Hall, the sculpture was dismantled. In 2004, the owner of  the restaurant Teatral’nyi in the building of the Philharmonic, Wang Baolin, installed a similar menorah-like G-clef near the entrance to the restaurant, its pedestal featured dancing Jewish fiddlers. 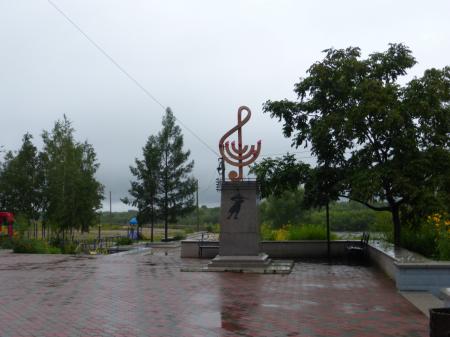 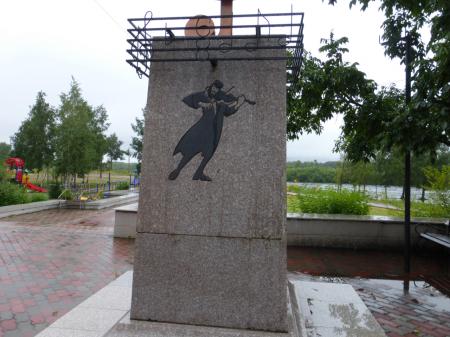 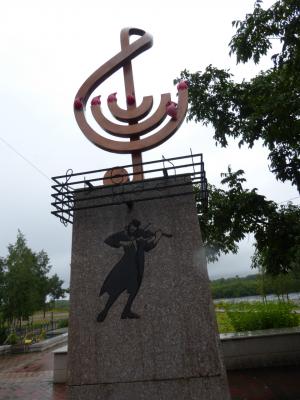 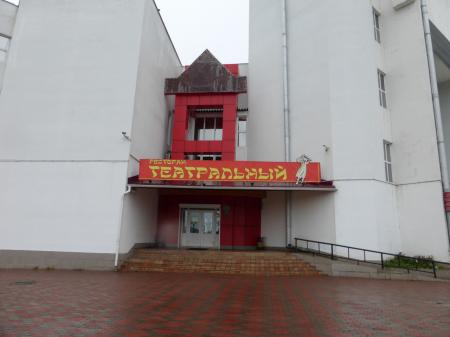 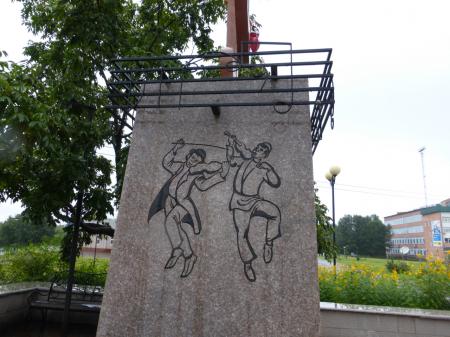 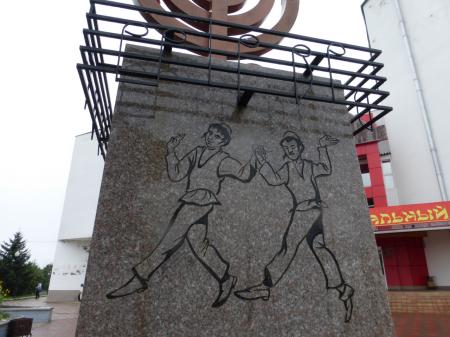 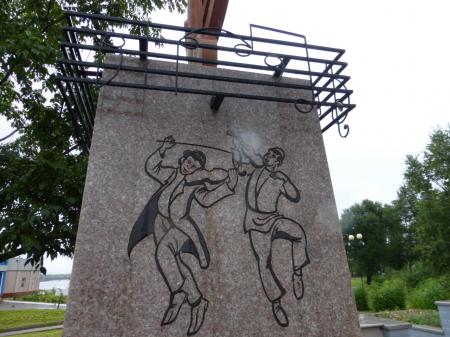 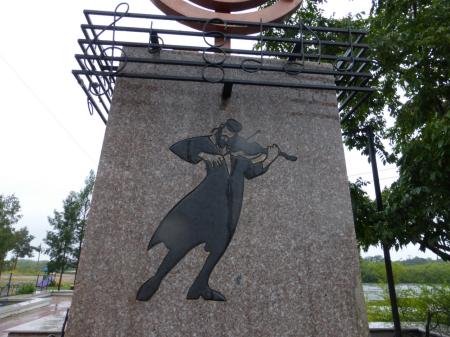 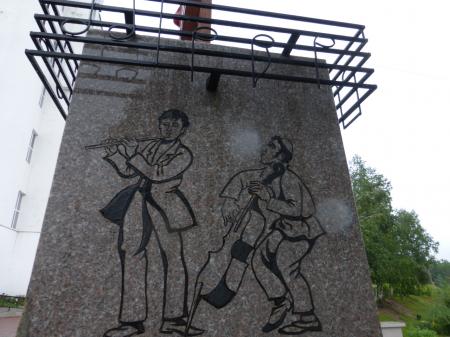 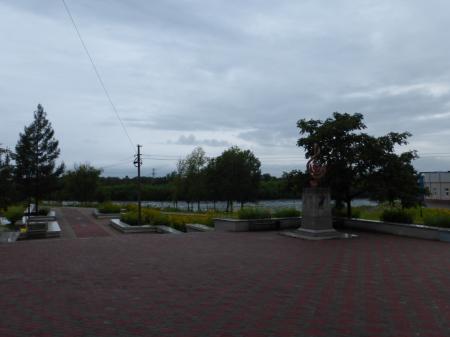