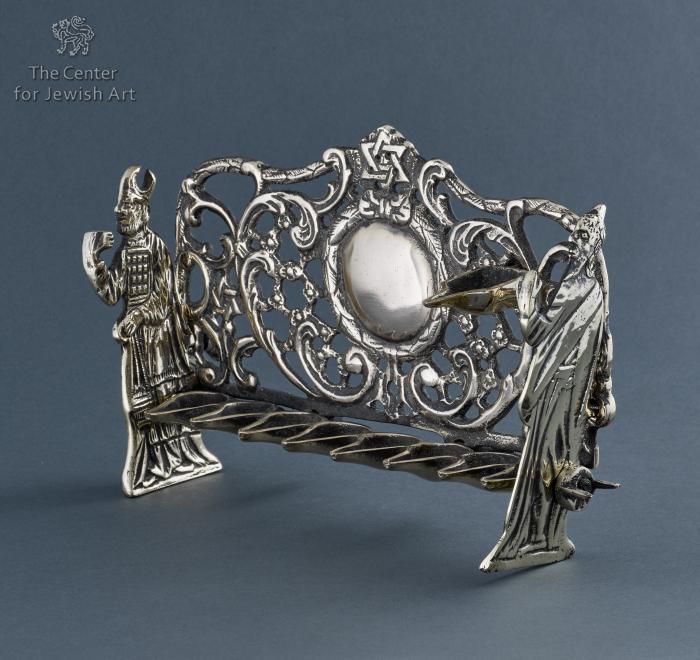 Cast brass Chanukah lamps were made in almost every place that Jews lived, usually taking their style from the local culture. Very few of them, however, show human figures. This rare example from the Austro-Hungarian Empire, most probably Prague, displays figures of Moses and Aaron as the two side pieces. Additionally there is a symbol of Jewish Prague, a Magen David in which is pictured a hat. 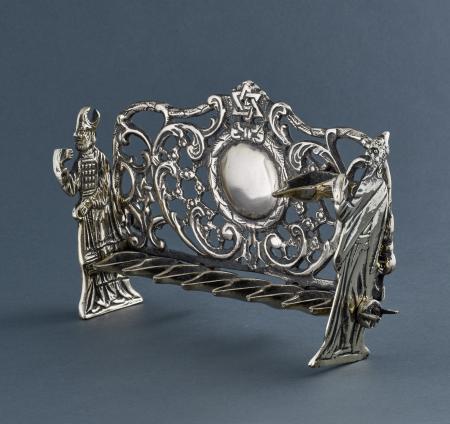 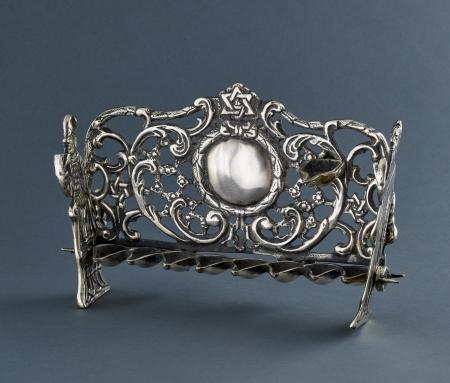