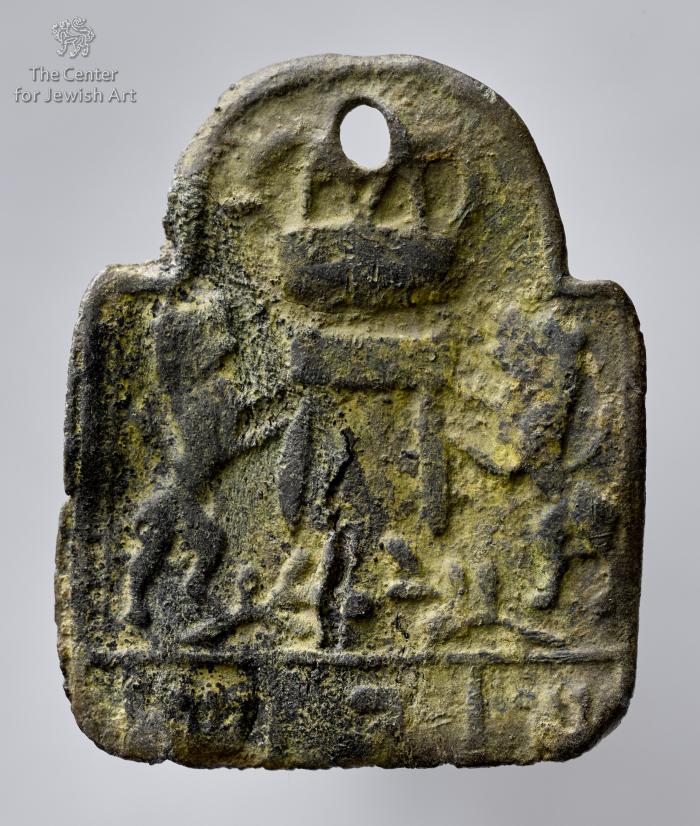 This amulet is a smaller version of 027.025.010 and is also a shield shaped cast lead "heh" amulet, very similar to 027.025.011 There are a few amulets of this general shape in the Gross Family collection in varied states of sharpness and readability. Some of them, as this one, have on the front a "Heh" surmounted by a crown with two rampant lions on the sides. Below the "heh" are three Hebrew letters: "Shin" "Kuf| "Shin". On the reverse are three Hebrew words. 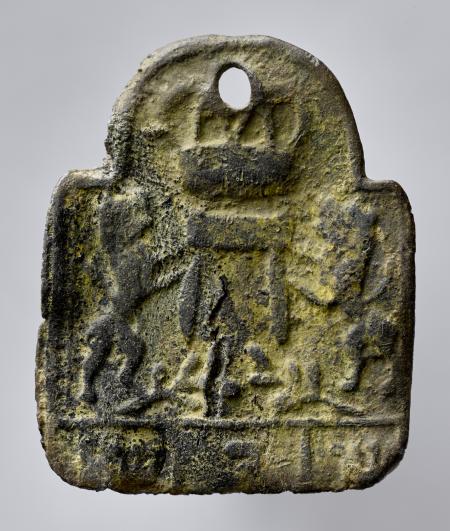 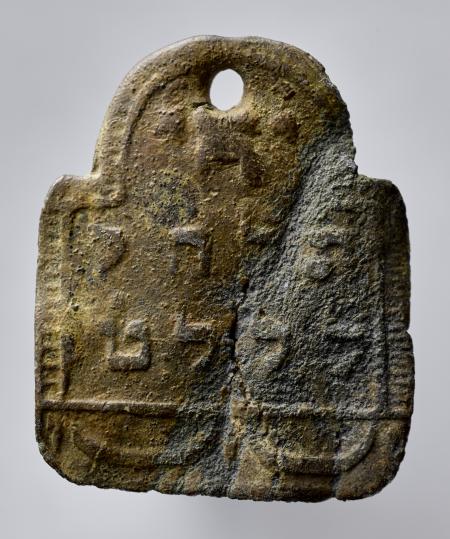