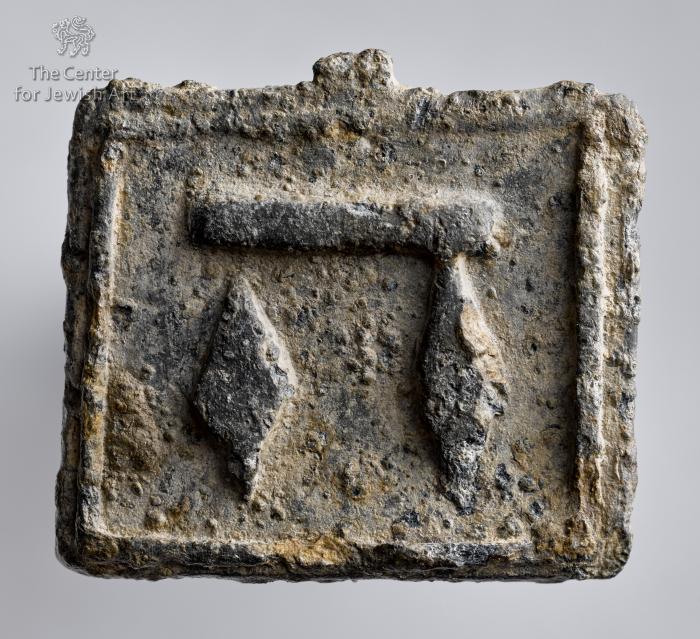 A square cast lead "heh" amulet, not normally found. Number 027.025.008 is another variant of the same sort of talisman. Both of them are lacking the hanging loop that was cast at the top of the amulet. The Hebrew letters on the verso are not decipherable. 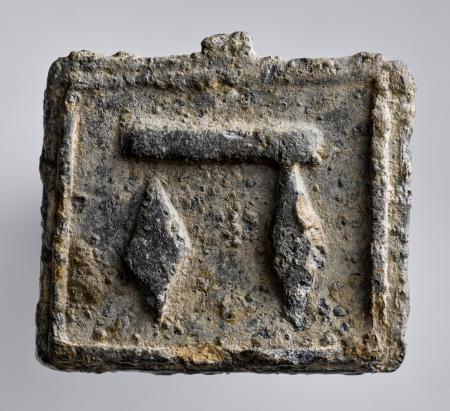 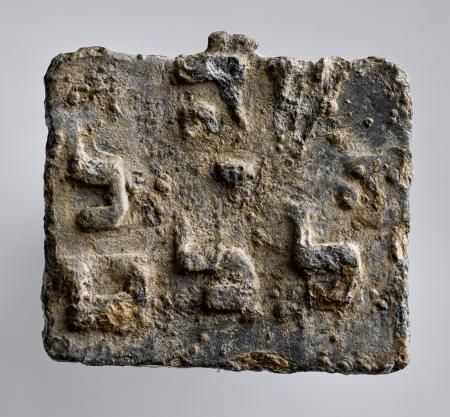