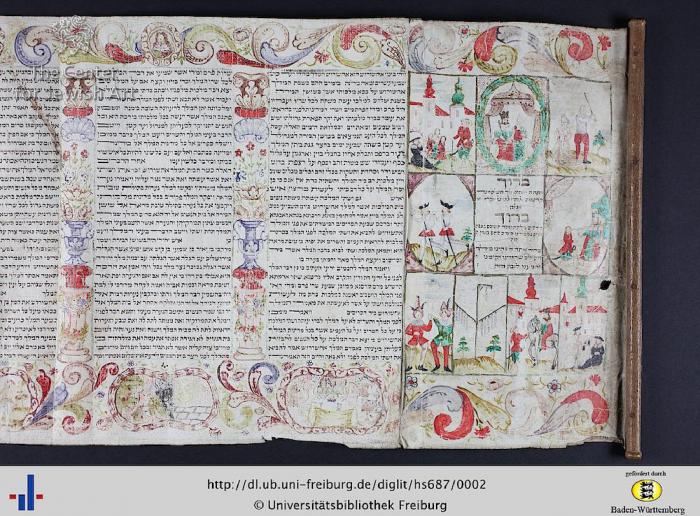 The hand-painted scroll whose lavish decoration is partially based on the decorative scheme of the groups of popular scrolls with printed borders produced in Amsterdam in the early 18th century (in the Index see "portrait medallions scrolls"). The manuscript opens with a panel containing several illustrations that are closely related to those depicted in the original Amsterdam scroll, although they are not identical to those in the prototype; it is painted on a separate membrane. The upper margins are embellished with ovals surrounded by stylized acanthus leaves that are filled with the busts of men and women; the roundels are placed above each text column, except for the first one. The subsequent text columns are separated by compositions including columns' shafts, vases with flowers, shells, decorative capitals, and naked busts.

To the right edge of the first membrane, a wooden pull bar is stitched.

The scroll is housed in a wooden case. 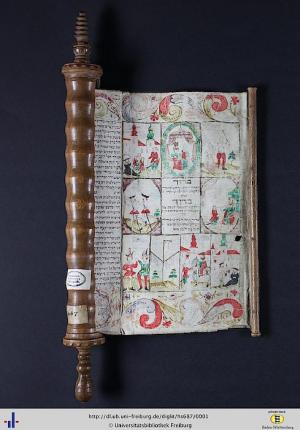 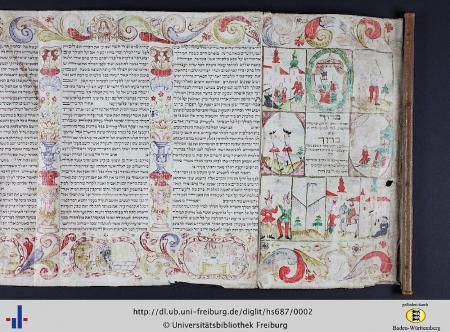 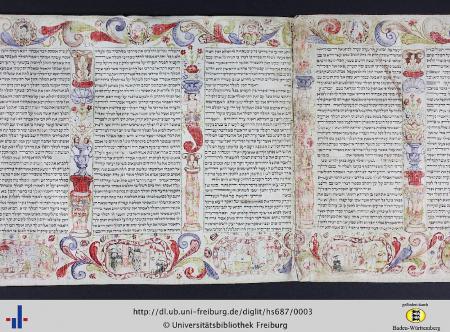 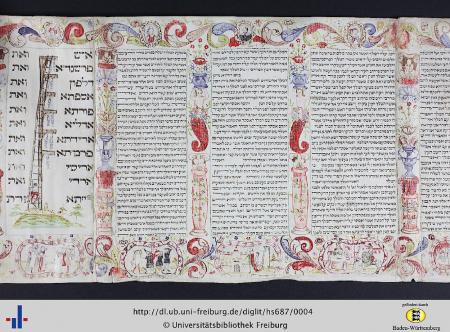 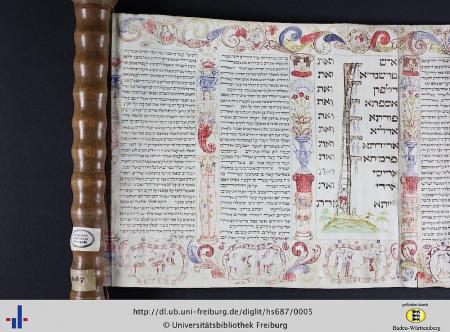 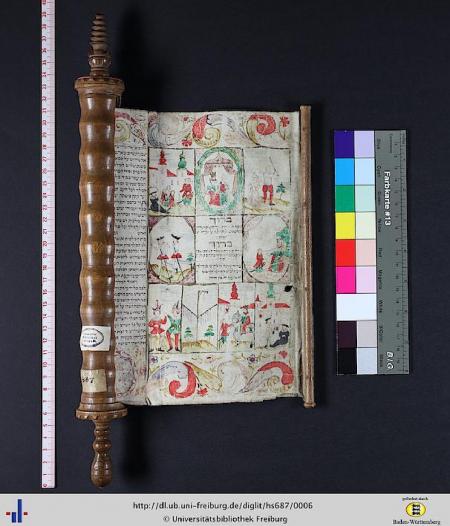