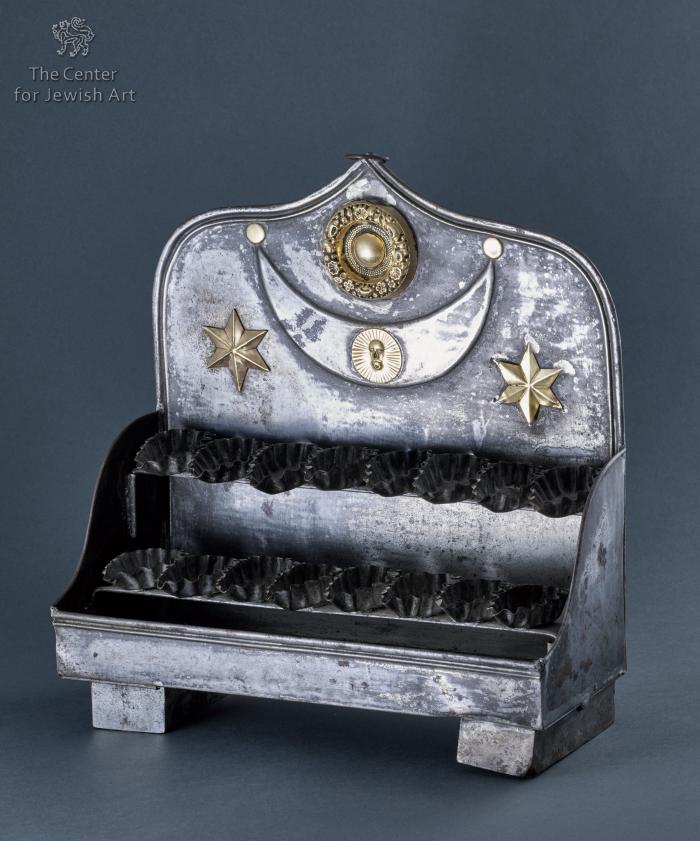 This Chanukah menorah is of a form unique to the area of Alsace and southern Germany. This unusual style has more than one set of burners, in this case two. It is said that this was created for a father and son to kindle the lights together from one lamp. The lamp is made of cheap metal and decorated with the symbols, in brass, of the sun, moon and stars, folk motifs which are found also on some of the very few existing menorahs of this type. There is also a removable drawer for catching any overflow of oil. Because the lamp is made of cheap material, very few of this type were saved, often being discarded and made anew the following holiday season. 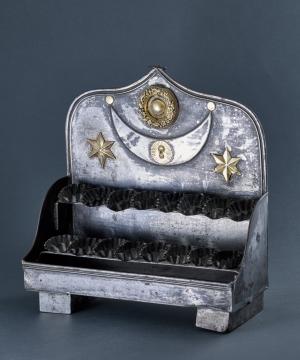