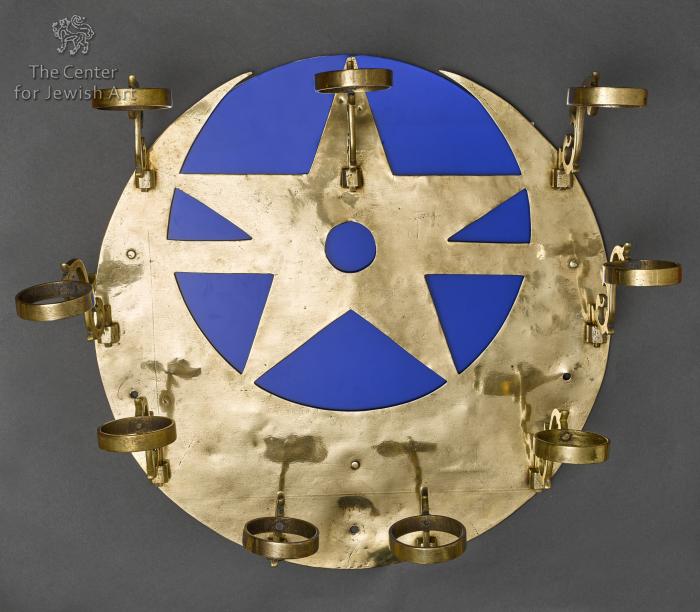 Almost all Chanukah lamps made in Morocco are either of artisan worked sheet brass or of sand cast brass. This rather large Chanukah menorah of sheet brass is entirely in the shape of the star and crescent, a normal symbol on the Jewish art of Algeria. But to have the symbol as the main body of the entire object is highly unusual, as is the circular placement of the holders for the burner cups. The use of a quintessentially Islamic symbol, perhaps the Islamic symbol par excellence, is found on Jewish pieces in Algeria, in the Ottoman Empire and in Iraq. The size and design of this Chanukah menorah also make it highly unusual. There is only one other recorded example and that one is in the Israel Museum collection. 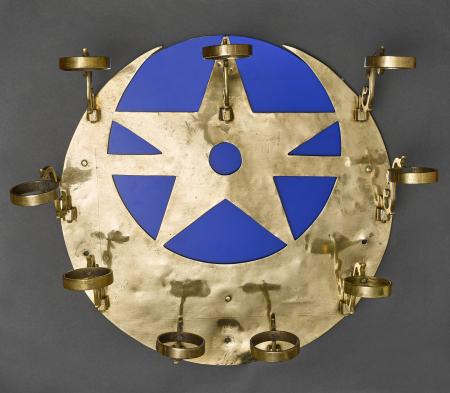