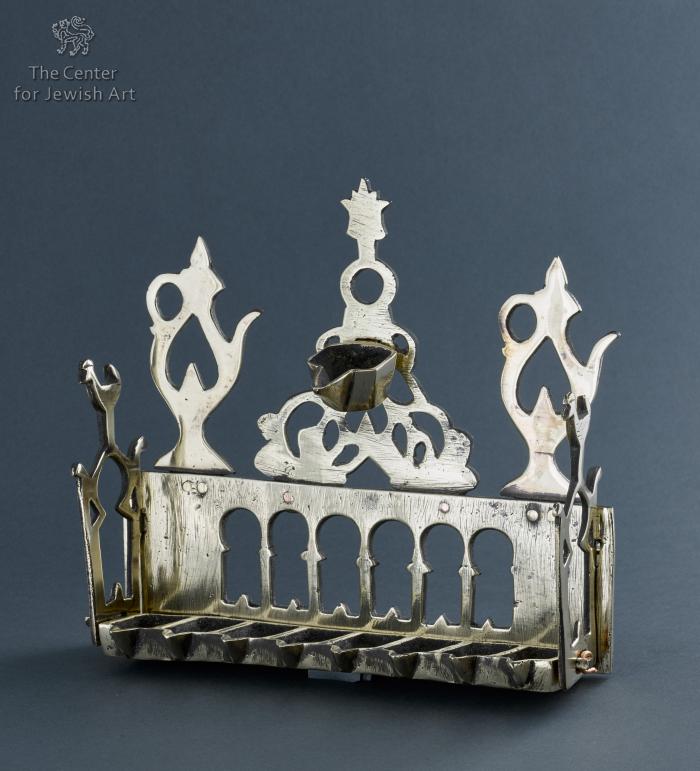 This type of Chanukah menorah was long thought to be of Moroccan origin. It is related to Moroccan types by the repetitive arches, but recent research shows it to be from Algeria. Such models were probably produced in Tlemcen, close to the Moroccan border and the strong influence that came from there. The pointed arches and use of the hamsa motif are typical for the general area in North Africa. The use of the oil pitchers as a decorative motif is unusual in Chanukah lamps. 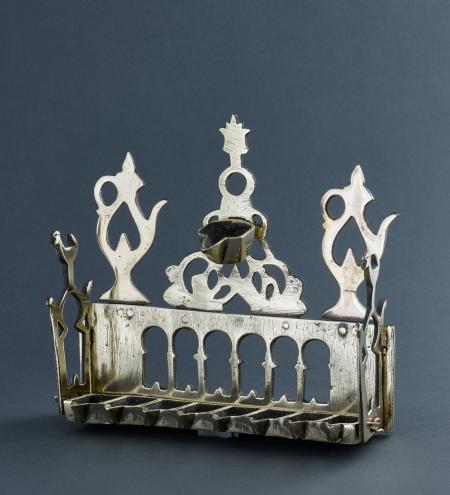