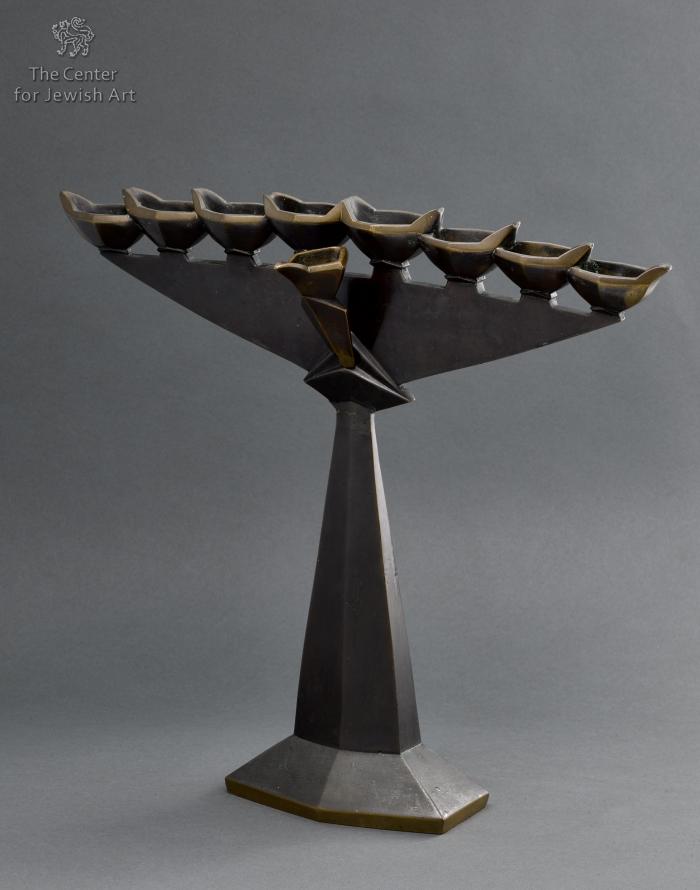 Pure modernist design for Judaica in the Bauhaus tradition was originated and developed by Ludwig Wolpert. He worked on three continents during his career. He was born and trained in Germany, where he originally worked as a sculptor until be begin learning silversmithing in 1925. There exists in the Gross Family Collection a modern form of a cast Chanukah lamp dating from 1924. He began designing modern forms in Judaica in the late 1920's and from this period there is a silver Kiddush cup dated 1931. Almost no silver Judaica made by Wolpert survived the Holocaust. Wolpert immigrated to Palestine in 1935 where he created his own objects in his unique style and through his teaching at the New Bezalel School, until 1956, he trained a whole generation of silversmiths working in a contemporary style. From his time in Israel there is a pair of brass candle holders in the Gross Family Collection. He then moved to the United States where he established the Tobe Pascher workshop in the Jewish Museum of New York. A large pair of Sabbath candlesticks from his New York workshop is also found in the Gross Family Collection. From that time he has been known as the father of contemporary styled Judaica objects. His pieces are distinguished by their elegant, pure forms, their functionalism and the beauty of the Hebrew lettering which he used on many of his creations.

This cast Chanukah lamp is the earliest known ritual object fashioned by Wolpert and pre-dates his career as a silversmith. Its sculptural form belies his training and working as a sculptor in his studio. For several reasons, this particular lamp, of which no other example is recorded, can be labeled the beginning of modern Judaica. Signed: L. Wolpert, 1924 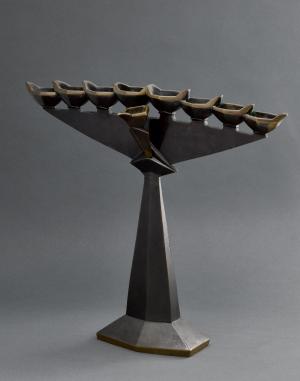 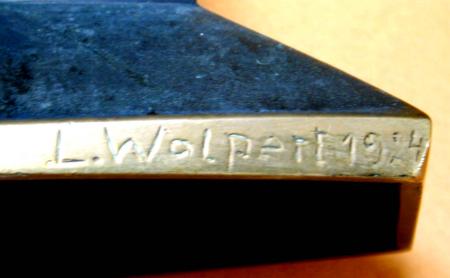