Thid is a classic example of the form from Fuerth and Nuremberg from the last part of the 18th century. However, the use of the Levite symbol as the central motif between the nicely three dimensional twisted columns is unusual. There is an incription recording the donation of this shield by a couple. The silversmith is a famed artisan from Fuerth whose initials J R appear many times on Judaica from this area and this period. He worked extensively for the Jewish synagogues of the place. 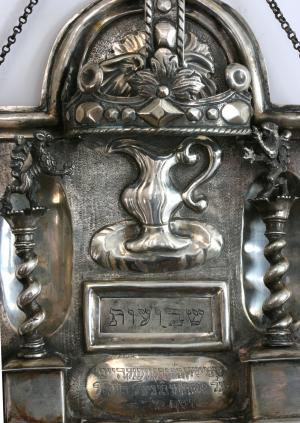 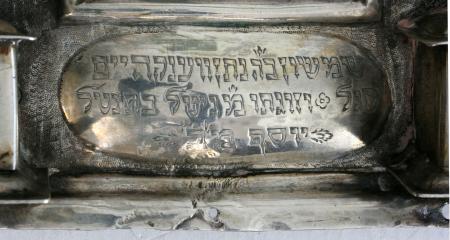