The Tas was not an object indigenous to this area. This object was apparently done for an Ashkenazi congregation in Tiflis, the capital of Georgia, as the shape is polish and the object is referred to with the Ashkenazi term "Tzitz" in the inscription, but the work is of the area, using the niello technique and using leopards instead of lions on the two sides of the crown. The silver marks are those of Tiflis as a part of the Russian empire. 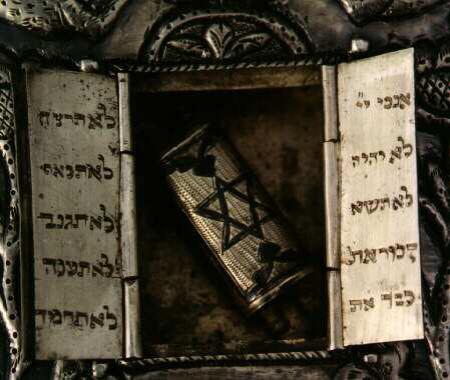 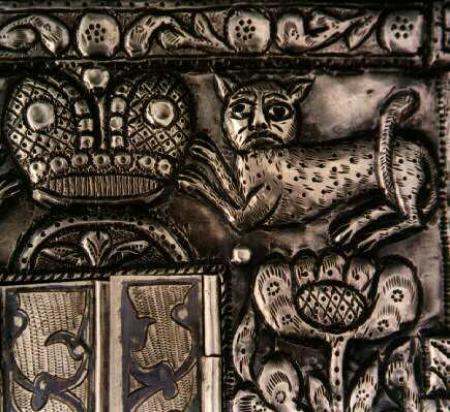 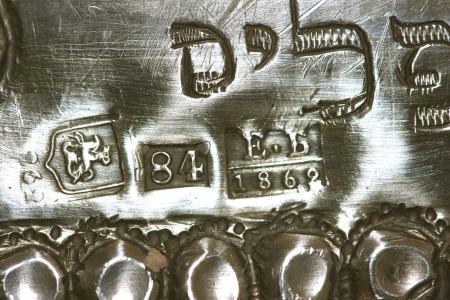