A study of the structure and function of the Second Temple in Jerusalem, by philosopher and mathematician Moses B.Gershom Gentili [Chefetz] (1663 – 1711). Profusely illustrated with engraved illustrations of the Temple, including a large fold-out map of the entire Temple. These illustrations were added after the letterpress printing to facilitate study of the Temple’s architecture and vessels, and the laws pertaining to them. The text also includes numerous charts and plans. The title page is within ad ecorative woodcut cartouche. The book was printed in two stages: The book was printed at first, leaving empty spaces for the illustrations, and later the illustrations were added by imprints from etched copper plates.
Moses b. Chefetz (1663-1711) was born in Trieste and raised in Venice. Considered to be a child prodigy, he studied under the renowned R. Solomon Nizza, and developed into a fine rabbinic decisor as well as a scholar familiar with the disciplines of mathematics and the sciences. His best-known for his philosophical commentary to the Pentateuch, Melecheth Machasheveth (Venice, 1710) (B.824), which has a portrait of Chefetz, clean-shaven and ministerial.
This is the only edition of Hanukkat ha-Bayit.
Chanukat HaBayit, explanation of the layout and structure of the destroyed Temple. R. Moshe Chefetz. Venice, [1696]. Includes many illustrations of the Temple structure and its vessels. The book was printed in two stages: during the printing, blank spaces were left for the illustrations, which were later imprinted from engraved plates.
The Bragadin press was established in Venice in 1550 by Alvise Bragadin. This press continued as one of Venice’s leading Hebrew print-shops, issuing Hebrew titles in the 18th C under several generations of Bragadins (the last of whom was Alvise III). In the last decades of the The Seventeenth Century Hebrew Book, when this book was published, only the family name, Bragadin, or Nella Stamparia Bragadina appears on the title pages. Throughout the years, the output of the Bragadini press was considerable, and covered the gamut of Hebrew works. The press was somewhat unusual, however, in that the Bragadins themselves did not always take an active role in their printing-house, leaving its operation to other printers, and lending their name to other presses.
[4], 52 leaves 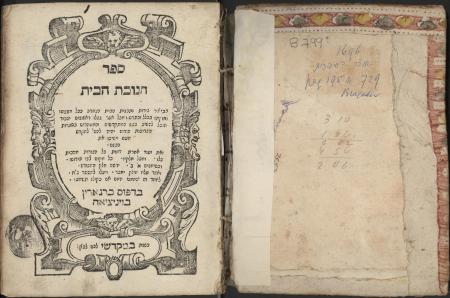 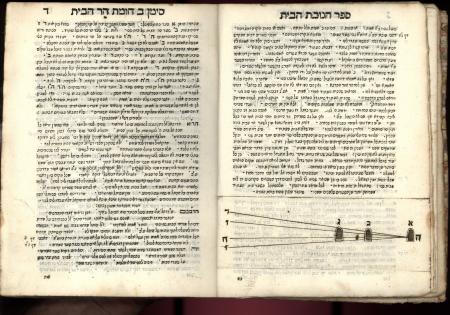 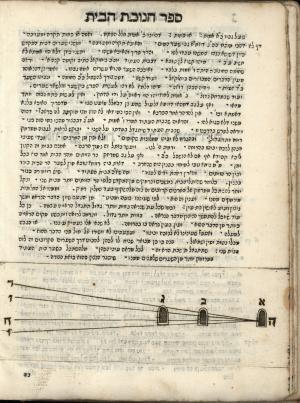 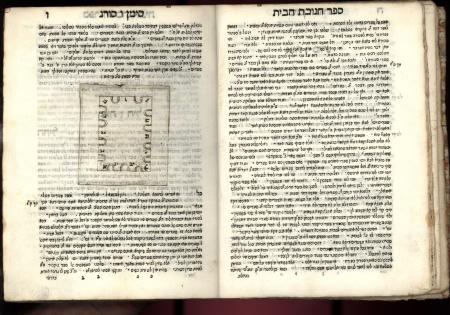 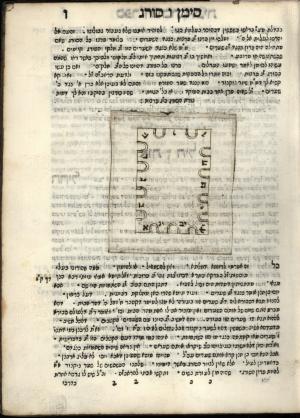 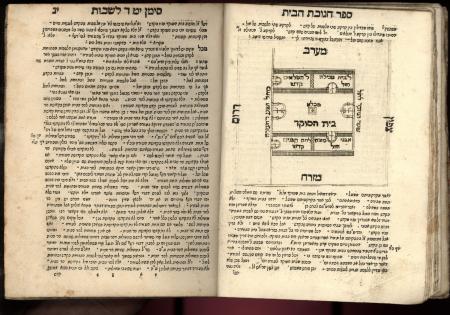 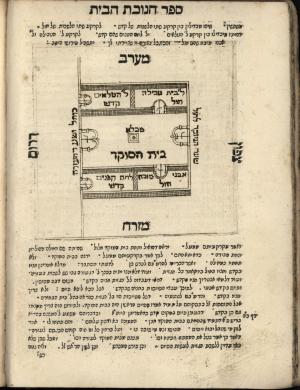 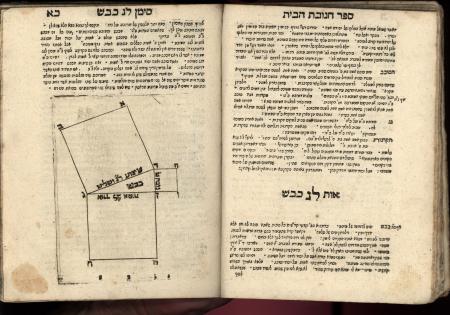 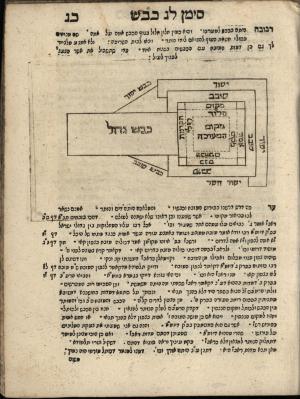