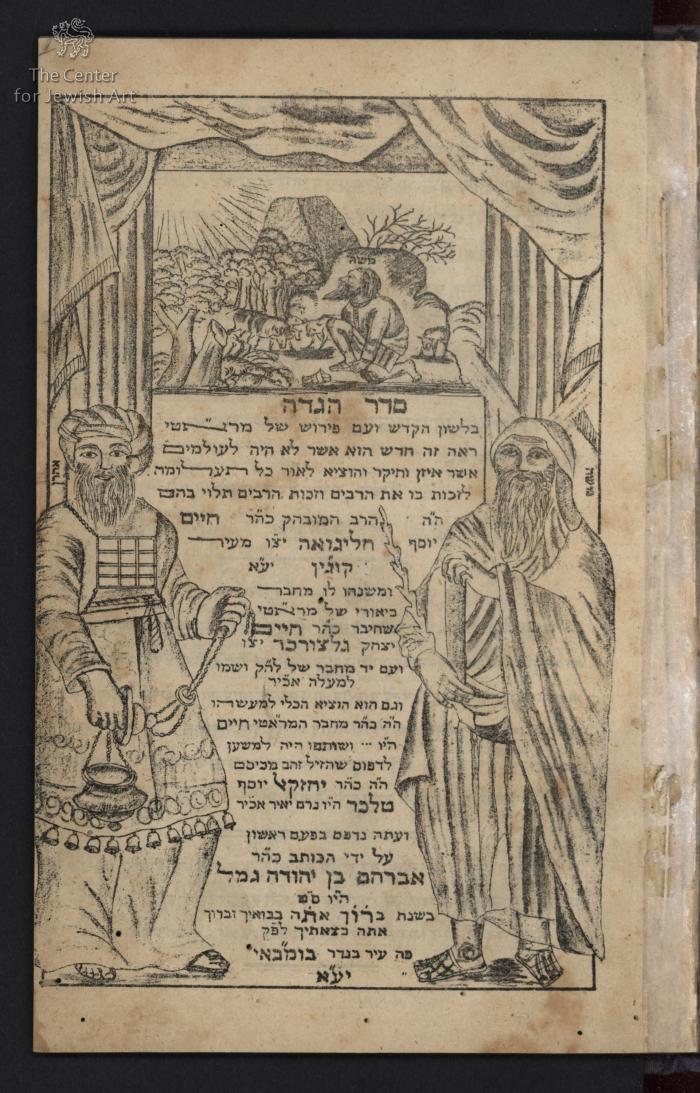 This rare lithographed book is one of the very first Hebrew books printed in Bombay. It was issued for the Bene Israel Jews of India. The illustrations are based on the images from the Amsterdam Haggadah and Italian Haggadot, but produced with a local flavor, including the visages of the humans portrayed. The Haggadah appears with Marathi translation and illustrations. Bombay (India), [1846]. Lithograph of manuscript. Text and translation on facing pages.
Original illustrations. Illustrated title page, with figures of Moshe and Aharon [inspired by the title page of the 1712 Amsterdam Haggadah]. Illustrations of the simanim of the Seder and the Seder ritual dish [inspired by the Livorno Haggadah illustrations].The first Haggadah printed according to the custom of the Bene Israel Jews in India.
For many centuries the Bene Israel Jews lived in isolation from the rest of Jewry, encountering mainstream Judaism only at the end of the 18th century through contact with the Cochin Jews of the Malabar coast. Eager to assimilate the many elements of post-rabbinical Judaism that had been lost to them, they built their first synagogue in Bombay in 1796. The subsequent arrival in the city of Jews from Cochin and from the oriental countries enriched their opportunities for learning and religious growth. The printing of this Haggadah is but one of many examples of their religious revival during this period.
While based on illustrations from the Amsterdam Haggadah and Italian Haggadot, the book’s images have a distinctly oriental flavor to them. Like its Dutch prototype, the title page shows Moses and Aaron, and a vignette of Moses at the Burning Bush. Illustrations of seder preparations within the Haggadah reflect the Italian influence.
The Haggadah’s text appears in Hebrew, with a translation into Marathi, the Indian language of the Bene Israel. 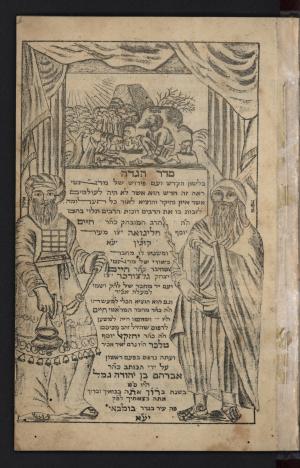 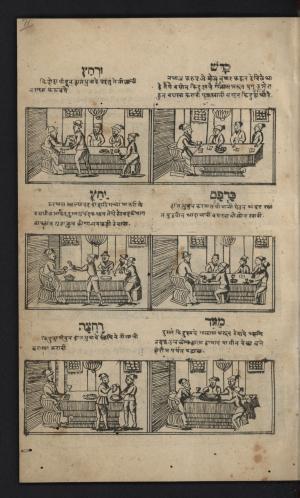 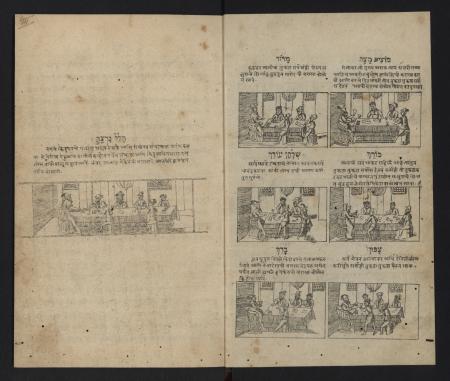 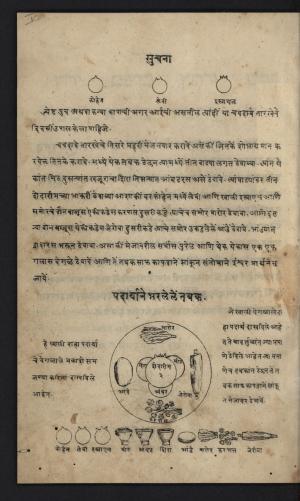 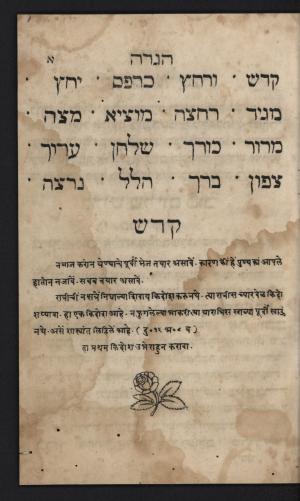 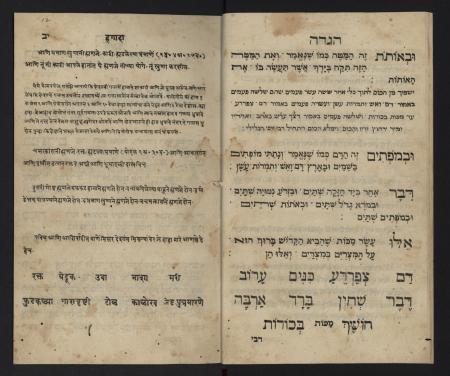 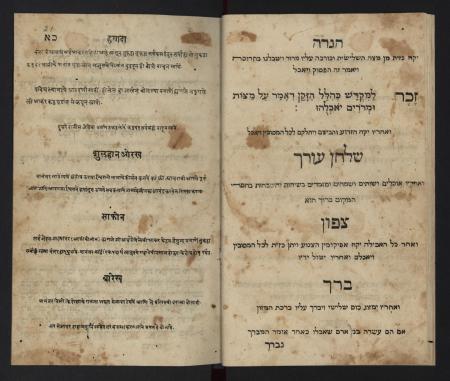